Security beefed up at Kandla, Mundra ports in Gujarat 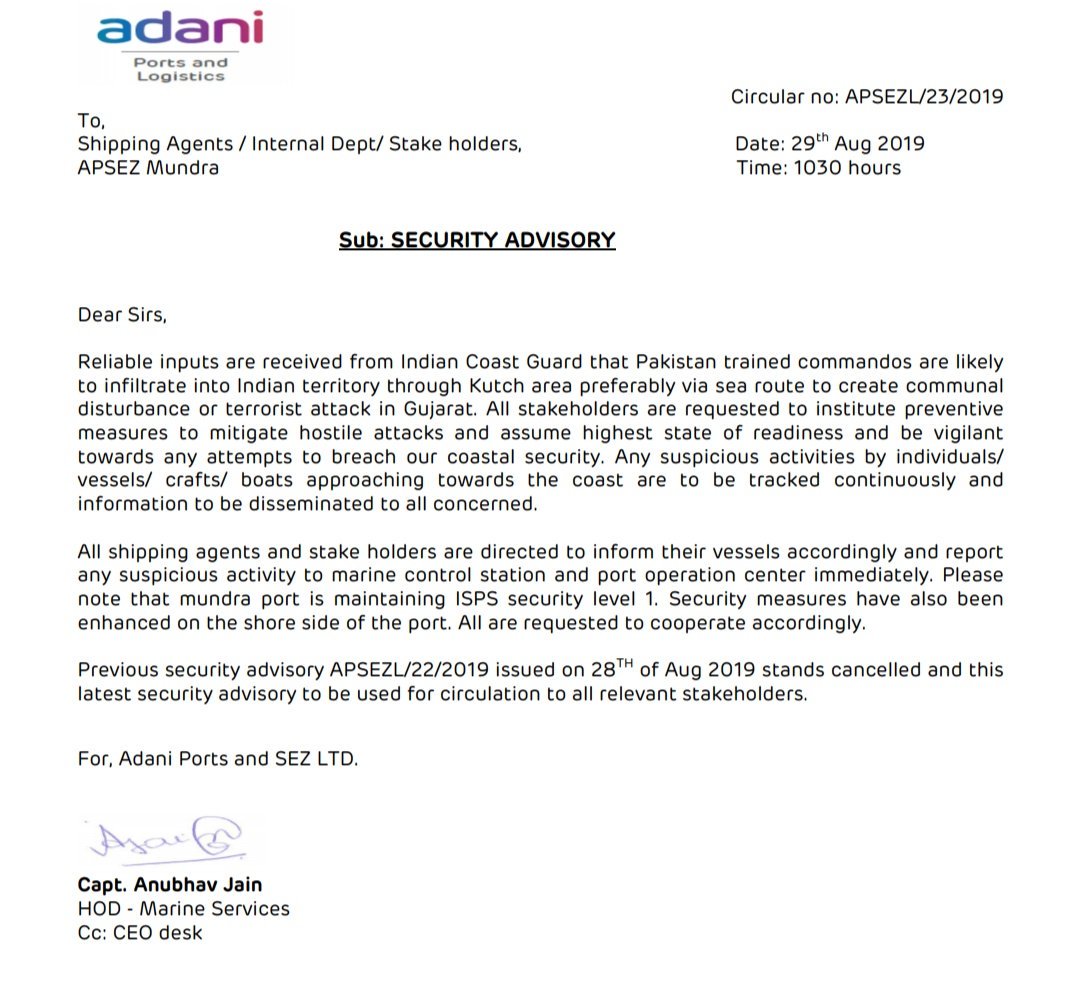 Bhuj: Gujarat Police have stepped up security at Kandla port and other vital installations in Kutch district following intelligence inputs of a possible infiltration by terrorists using the sea route, an official said on Thursday.

The move comes days after the Indian Navy also warned of possible terror attack from the sea side.

“We receive inputs about possible terrorist infiltration from time to time and we have enhanced the security at all vital installations in Kutch district, including the Kandla port,” Inspector General of Police (border range) D B Vaghela said.

The Mundra port in Kutch district is also among the prominent installations where more security has been deployed, another official said. 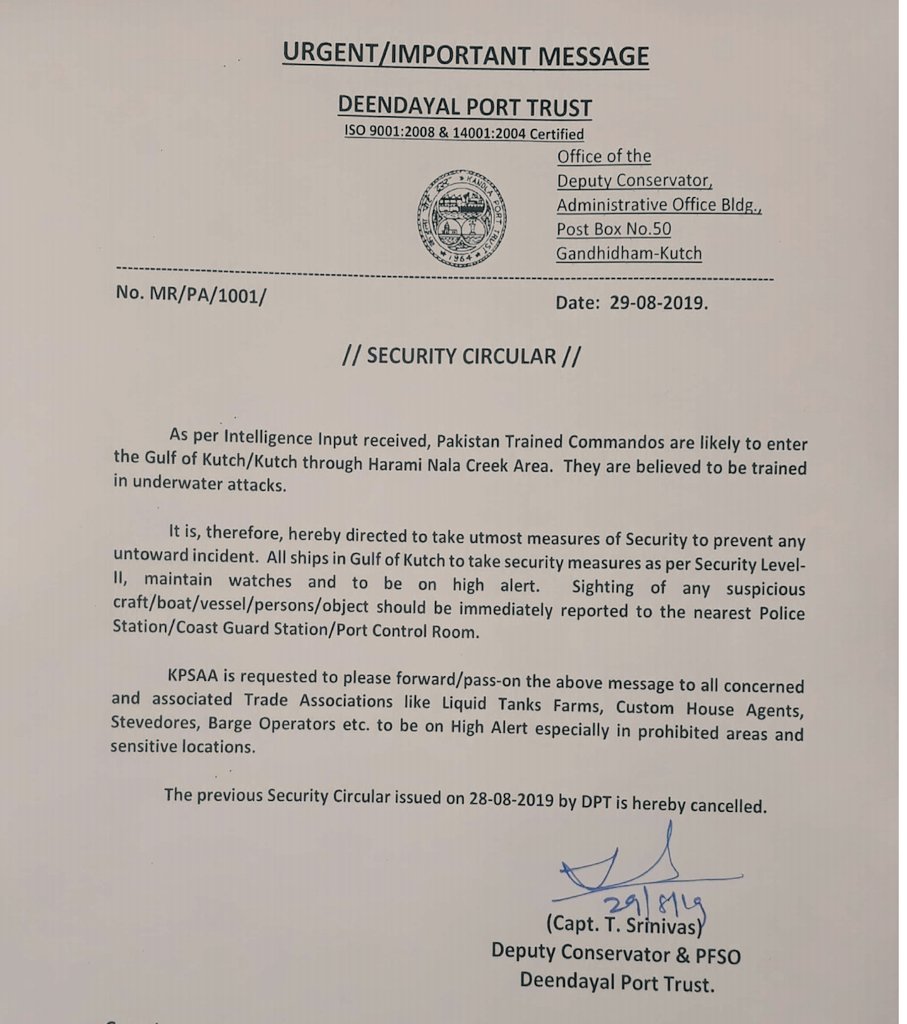