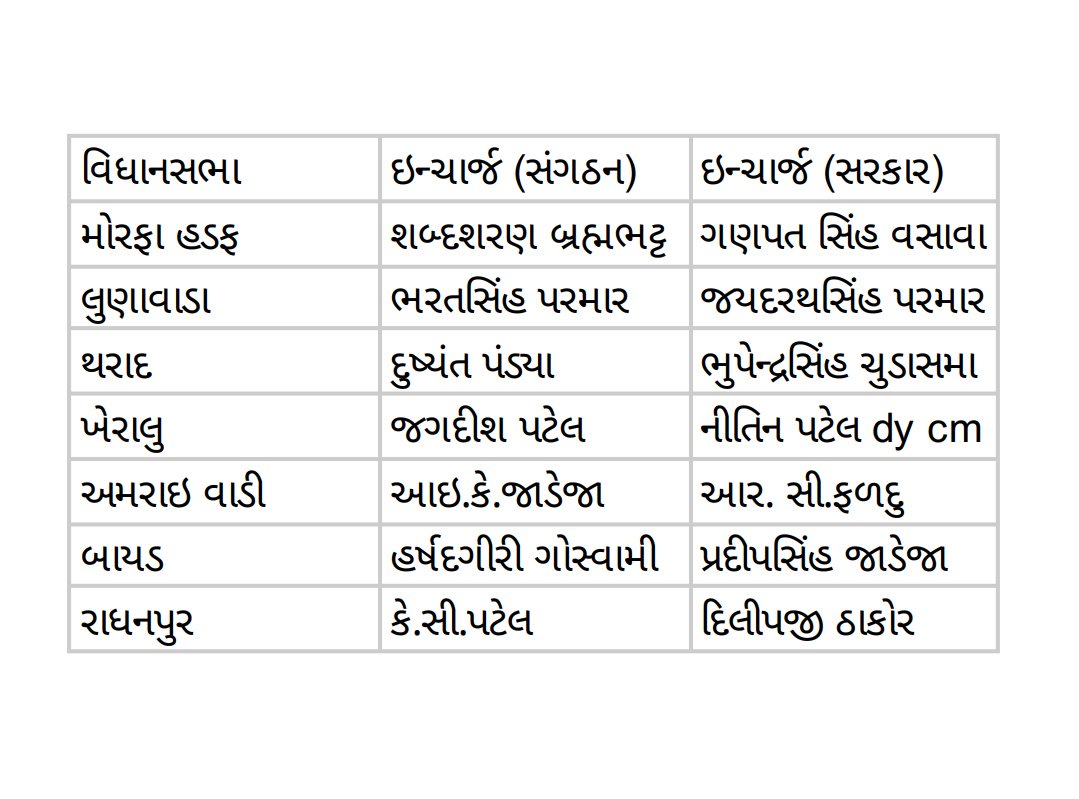 Gandhinagar: Ruling Bharatiya Janata Party (BJP) in Gujarat has appointed 14 party men as incharge for upcoming 7-seat assembly by-polls, schedule of which is not announced yet. For each of 7 assembly seat by-polls, one incharge has been appointed from party organization while other incharge shall be from government.