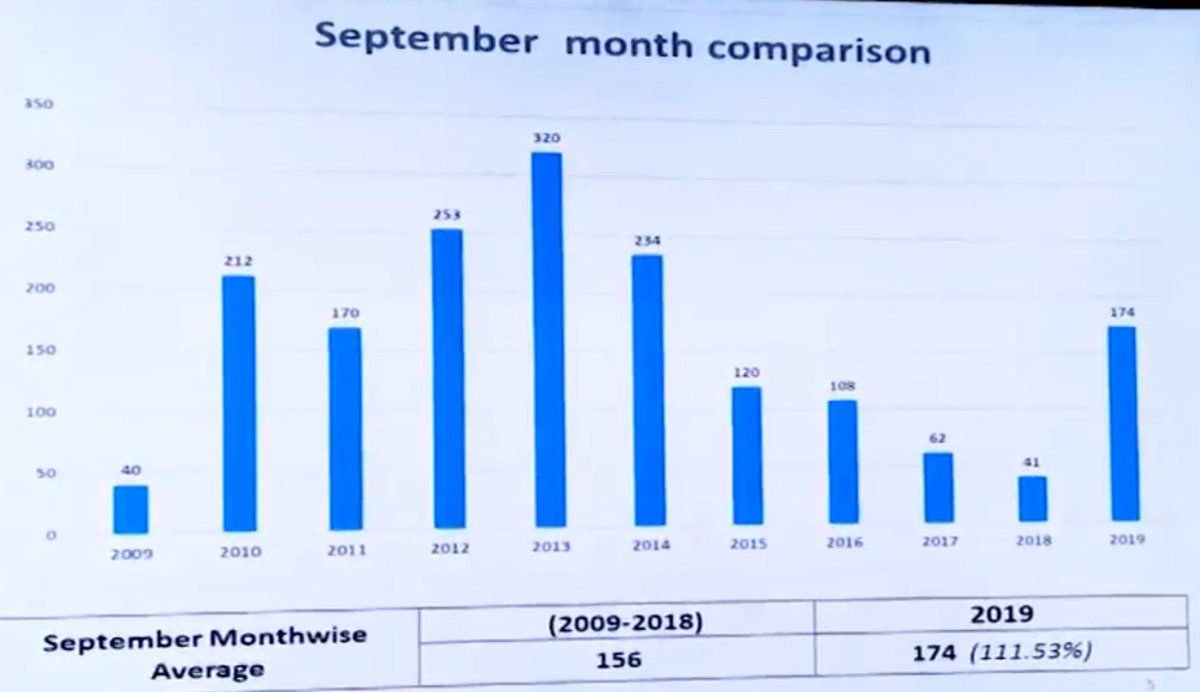 Gandhinagar:Met department has issued heavy rain warning for parts of central and South Gujarat tomorrow even as the state average rainfall has reached near 118% mark this evening with rain in 95 talukas of 16 districts from 6 am to 6 pm today with maximum 182 mm Khambhalia of Devbhoomi Dwarka district.

A meeting of the state weather watch group was also held here today in which Relief Commissioner K D Kapadia informed that in the last 30 years it was ninth year when the state has seen over 951 mm or rain. The total sowing of Kharif crops in the state so far has been done in 84.43 lakh hectare across the state. The monsoon was likely to withdraw from Gujarat from September 26. Gujarat has seen 20% more while Saurashtra Kutch has seen 44% more rain till yesterday while the whole country has received 4 percent more rain that last year.
Kapadia said that 15 NDRF teams have been deployed in the state. Excess water from Narmda river is being sent to Sabarmati, Banas, Pushpawati and Rupen rivers.

Among other prominent rain receiving talukas today are Umerpada in Surat 108, Jamjodhpur in Jamnagar 102, Manavadar in Junagadh 80, Kutiana in Porbandar 78, Junagadh city 69, Jamnagar 65,Visavadar 63 and Valsad 60 mm.
In the last 24 hours ending 6 am today a total of 215 talukas in 31 districts had seen rain with maximum 200 mm in Sutrapada or Gir Somnath district.