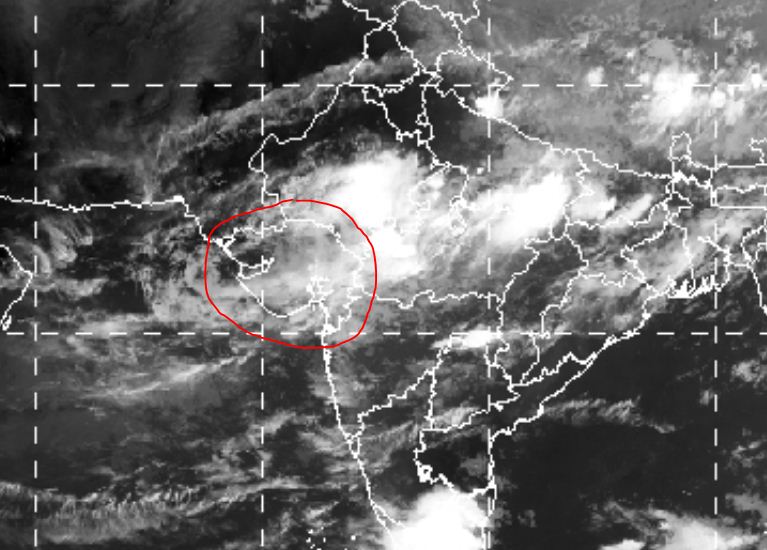 Gandhingar: Heavy rain is likely to continue in parts of four central Gujarat districts of Panchmahal, Dahod, Mahisagar and Chhota Udepur tomorrow even as a total of 96 talukas in 20 districts including the four have seen rain from 6 am to 8 pm today with maximum 155 mm in Shahera of Panchmahal district.

The overall rain percentage in the state which was 119.20% at 6 am with rain in 93 talukas of 21 district in the last 24 hours with maximum 112 mm in Vyara of Tapi distirct, has reached closer to 121% mark by late evening today.

Among other prominent rain receiving talukas today were Dahod 153mm, Dolvan in Tapi district 129, Khergam in Navsari 122 , Waghai in Dangs 120, Valsad 120 , Valod in Tapi 99, Garbada in Dahod 92 Morva Hadaf in Panchmahal 89 , Kadana in Mahisagar 81, Balasinor in Mahisagar 77 and Sanjeli in Dahod and Lunawada in Mahisagar 75mm.

A total of 22 talukas have seen 50 mm or more and 34 talukas, 25 mm or more rain. Ahmedabad city has seen around 1 mm of light rain till evening and more rain is likely during the night amid overcast conditions.