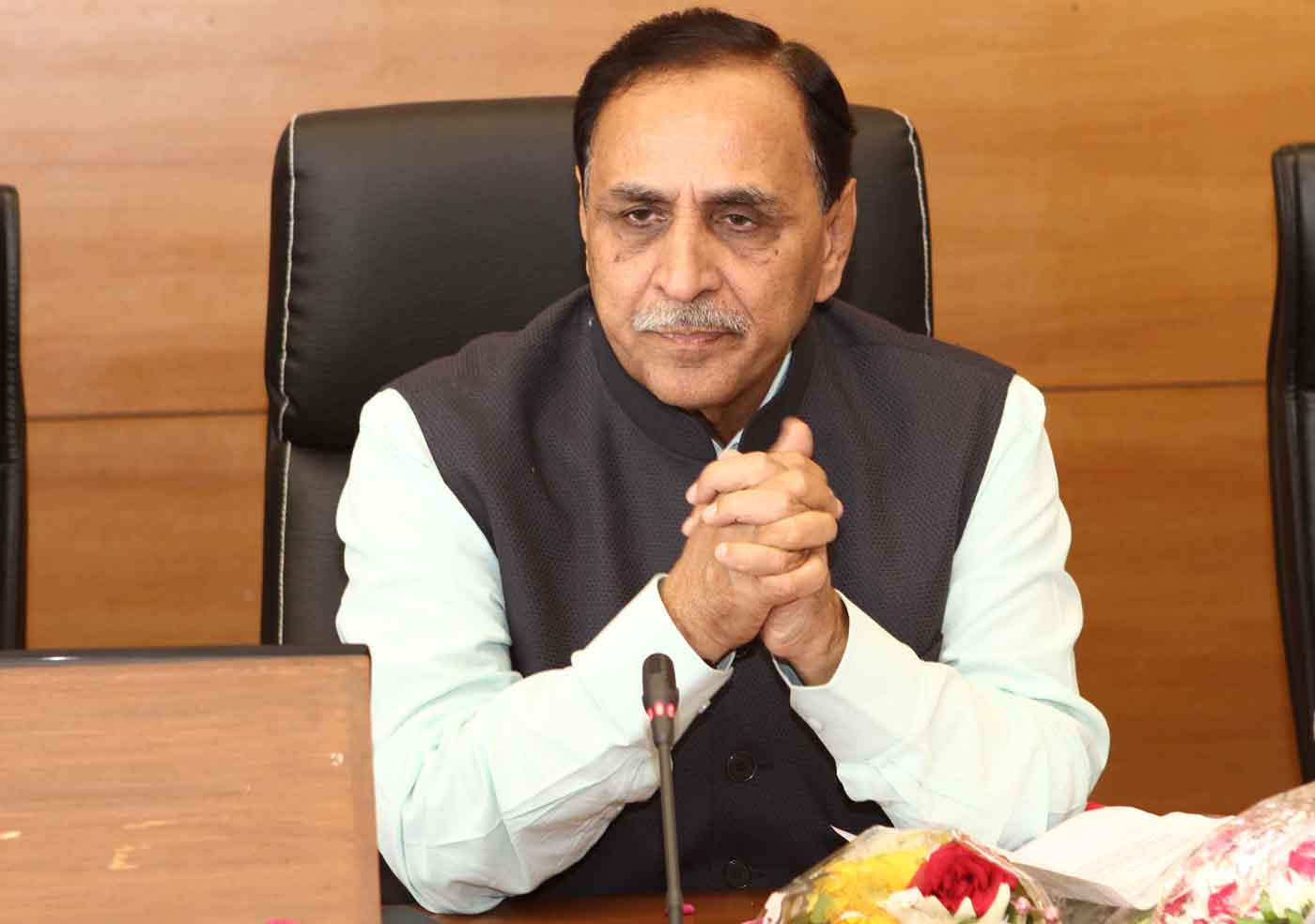 Gandhinagar: The Government of Gujarat today announced special relaxations for MSME (Micro, Small & Medium Enterprises) sector industrial units in solar policy declared by the State government in year 2015. The government said this decision has been taken to encourage the industries to scale up solar power generation.

– MSME units at present give Rs. 8 to power companies for usage. Now onward with solar power generation, they shall enjoy Rs. 3 benefit.

– MSMEs will also be allowed to purchase solar energy from third party.

– If MSME units lack facility for solar power generation, they will have option to generate solar power in rented land elsewhere.

– After using solar power as per need, MSME units will be able to transfer surplus solar power to solar energy greed. The State government run power company will purchase for Rs. 1.75 per unit.

– Solar power generating units will need to pay electricity duty and wheeling charges as per rules. 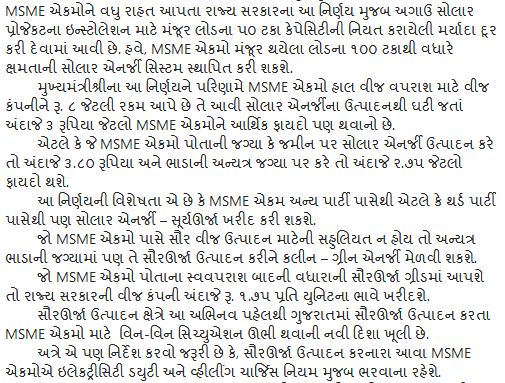 Gandhinagar, Thursday:  Chief Minister of the state Mr. Vijay Rupani and Deputy Chief Minister Mr. Nitin Patel, in the presence of Energy Minister Mr. Saurabh Patel, have taken an industrial and environmental friendly decision in order to ensure that the MSME sector is able to reap benefits of solar energy.

Energy Minister Mr. Saurabh Patel stated that the MSME units in Gujarat, after the amendments in the policy, can now establish solar installations with a capacity of more than 100% compared to the previous limit of 50%.

Another advantage of this decision is that it will enable MSME units to purchase solar energy from third parties too. The units will be able to sell the excess solar energy to state government at a cost of Rs.1.75 per unit.

This novel initiative will provide a win-win situation for the MSME sector.  It is to be noted here that the Electricity Duty and Wheeling Charges shall have to be paid by the MSME units as per the existing norms.

The state government has decided to cover 8 lakh households by 2022 under the Solar Rooftop Policy. The changes in the Gujarat Solar Power Policy 2015 will encourage 33 lakh MSME units towards production and use of Green and Clean Energy.

What are Micro, Small & Medium Enterprises ?

1. Manufacturing Enterprises-he enterprises engaged in the manufacture or production of goods pertaining to any industry specified in the first schedule to the industries (Development and regulation) Act, 1951) or employing plant and machinery in the process of value addition to the final product having a distinct name or character or use. The Manufacturing Enterprise are defined in terms of investment in Plant & Machinery.

2. Service Enterprises:-The enterprises engaged in providing or rendering of services and are defined in terms of investment in equipment..

The limit for investment in plant and machinery / equipment for manufacturing / service enterprises, as notified,vide S.O. 1642(E) dtd.29-09-2006 are as under