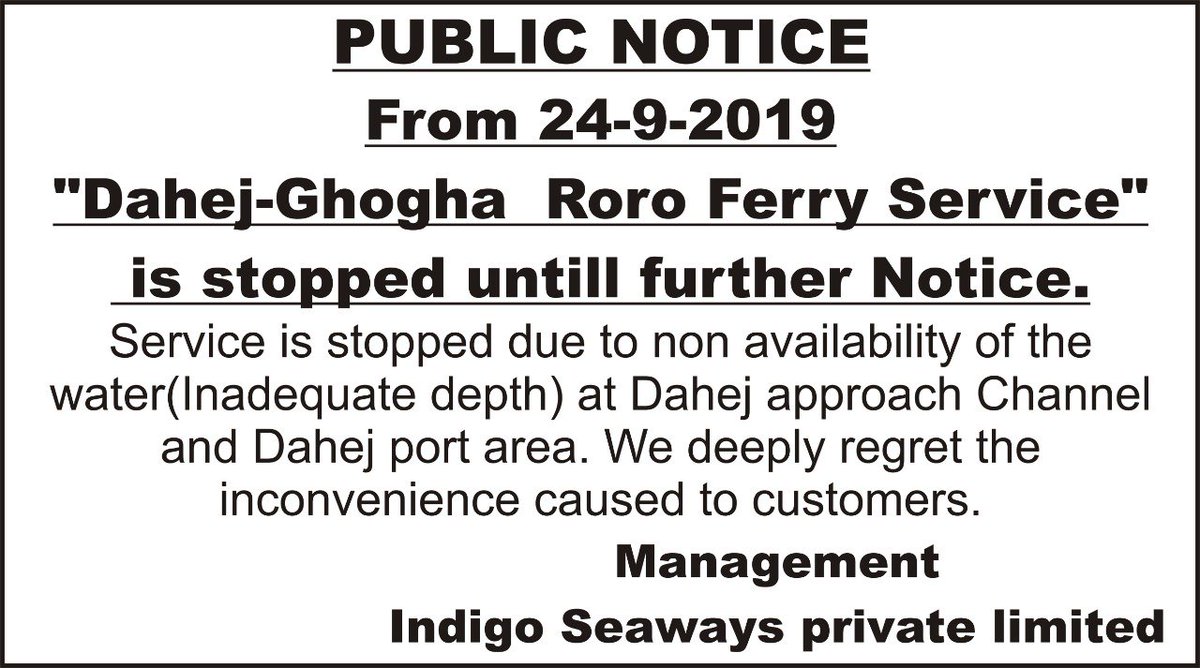 Bharuch: A ro-ro ferry service operating between Dahej in Central Gujarat and Ghogha in Saurashtra region of Gujarat has been suspended for indefinite period due to inadequate depth of water at Dahej terminal based approach channel and turning circle. This has been stated by private operator Indigo Seaways Pvt Ltd.

The suspension of service is attributed to heavy and unexpected siltation caused by overflowing Narmada river.

In a statement, the Gujarat government arm – Gujarat Maritime Board (GMB),  responsible for dredging of navigation channels at Ghogha and Dahej for smooth ferry operations said:

– Four to six lakh cusecs of water discharged from the Narmada dam has resulted in heavy and unexpected siltation in the navigation channel at Dahej Ro-Ro terminal.

– The water level at this terminal has decreased to just one metre which is not safe for ferry operations. At least three to five metres draft is needed for smooth operations.

Considering this unforeseen heavy siltation and safety of passengers and vehicles, the operator is advised to stop the Ro-Pax service till further intimation from GMB.

– GMB is expected to carry out the next maintenance dredging campaign from first week of October 2019 to remove the deposited silt.

– GMB is also exploring a possibility of an “alternate” navigation channel at Dahej to help commence the service at the earliest.

– The nodal arm of the state government has also approached the ocean engineering department of IIT-Chennai for technical advice on the issue.