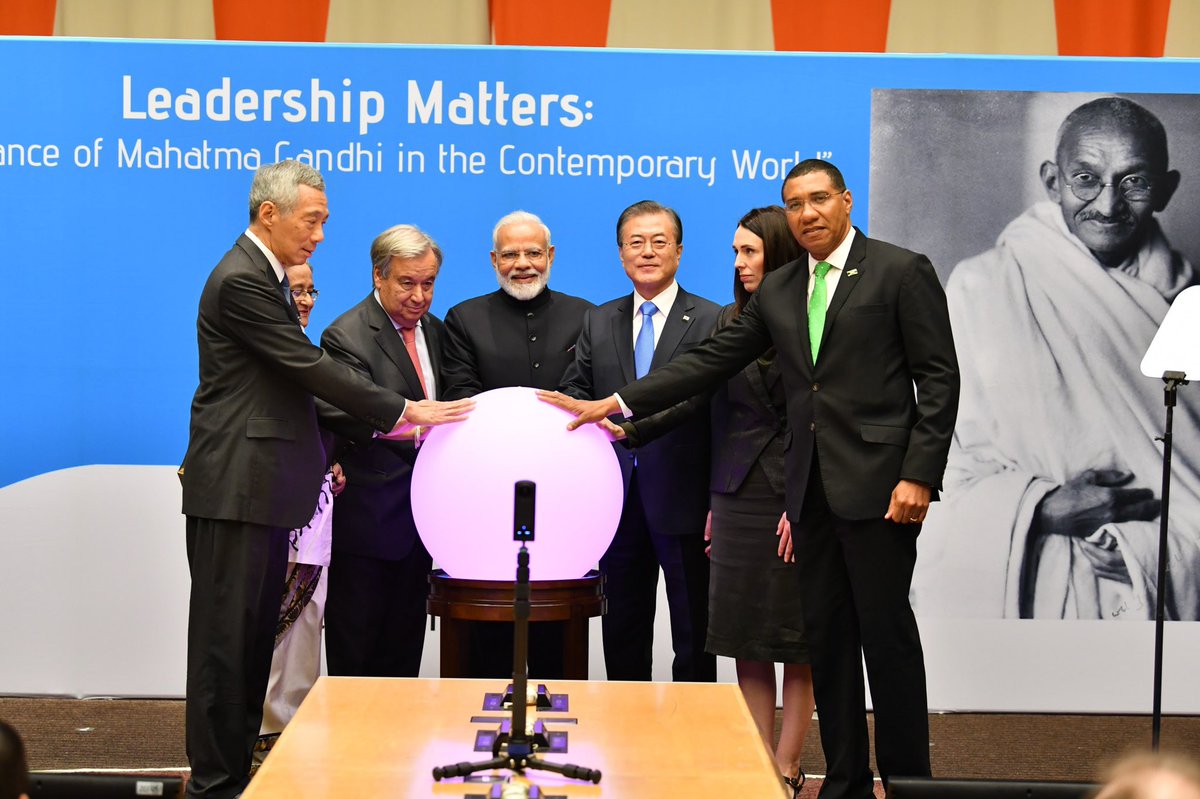 New York: To commemorate the 150th birth anniversary of Mahatma Gandhi – a global icon of peace and non-violence, Prime Minister Narendra Modi hosted a high-level event on the sidelines of the 74th UNGA today at 6:30 pm in the ECOSOC Chamber of the UN Headquarters. 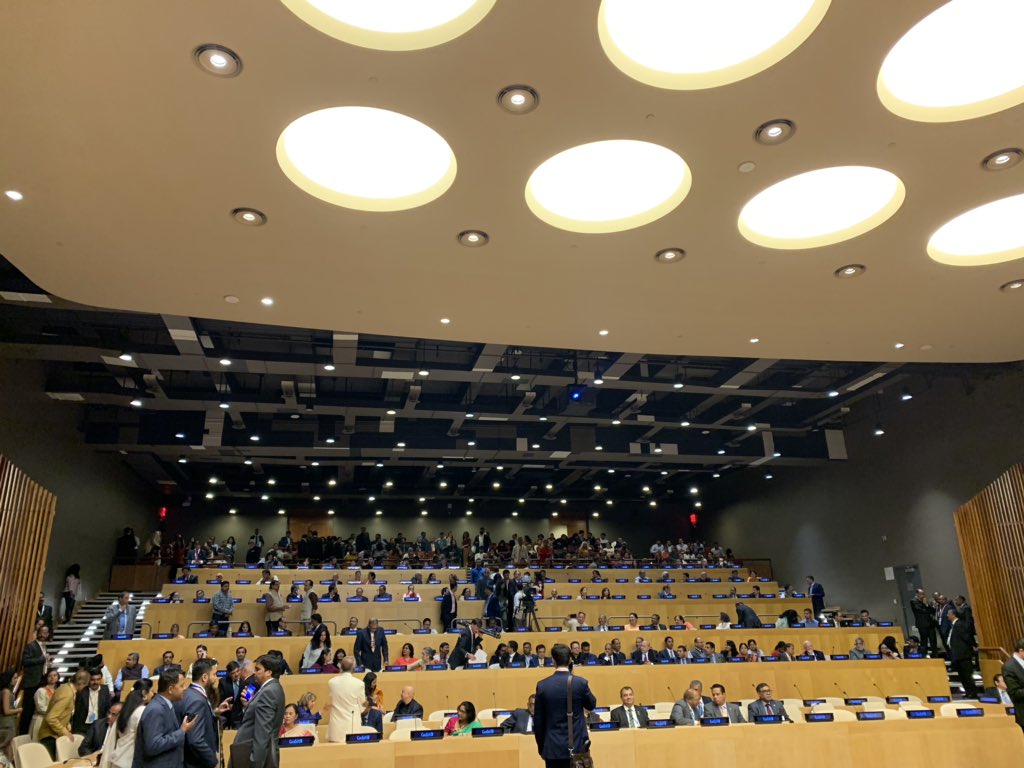 Other dignitaries who took part in the event include the Prime Minister of Bhutan H.E. Mr. Lotay Tshering, First Lady of Republic of Korea H.E. Ms. Kim Jung-Sook, senior officials of the UN and diplomats from member states.

External Affairs Minister Dr. S. Jaishankar gave the welcome remarks. The participating dignitaries together inaugurated the Gandhi Solar Park at the UN Headquarters (contributed by Government of India to the UN), the Gandhi Peace Garden at State University of New York College at Old Westbury and unveiled the special commemorative edition of the Gandhi@150 Postage Stamps brought out by the UN Postal Administration.

PM Modi in his keynote address talked about the contributions of Mahatma Gandhi to the cause of greater human freedom in the 20th century; emphasis on the welfare of all (Sarvodaya); championing of the downtrodden (Antyodaya); and prescient concern for environmental sustainability. PM said that Mahatma Gandhi’s faith in collective will, shared destiny, moral purpose, people’s movements and personal responsibility are extremely germane to contemporary times. 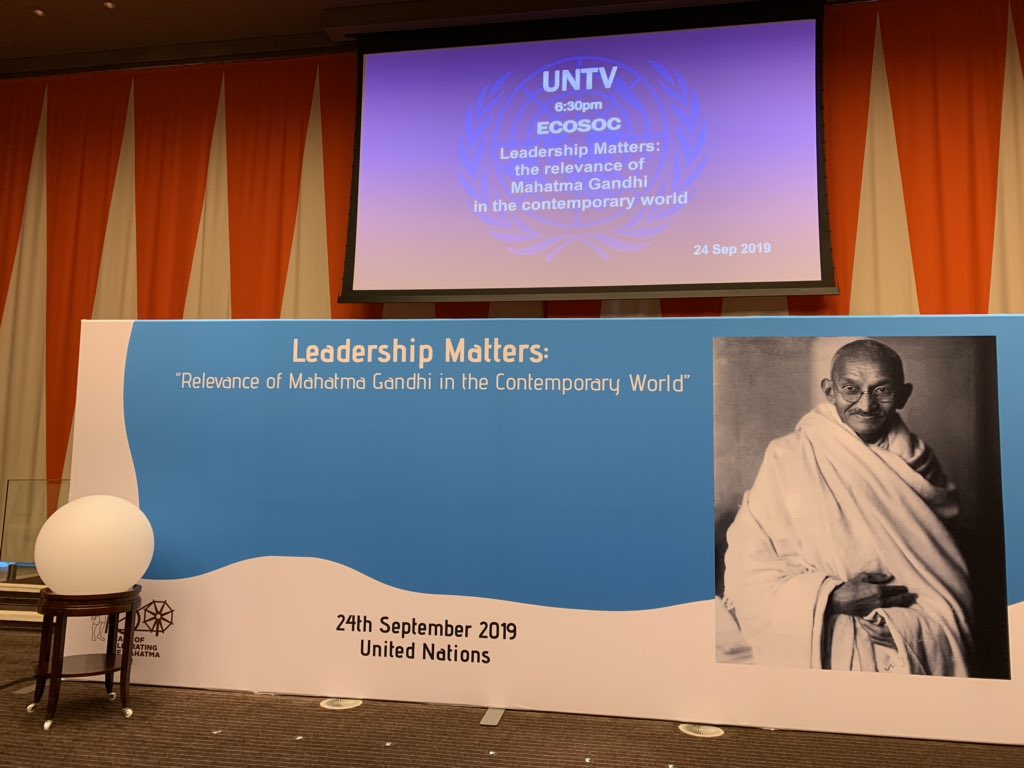 PM said that violent conflict, terrorism, economic inequalities, socio-economic deprivation, pandemics and the looming existential threat of climate change are impacting people, states and societies. Leadership is crucial to addressing any and every one of these issues and the values promoted by Gandhi serve as moral compass for enlightened leadership. 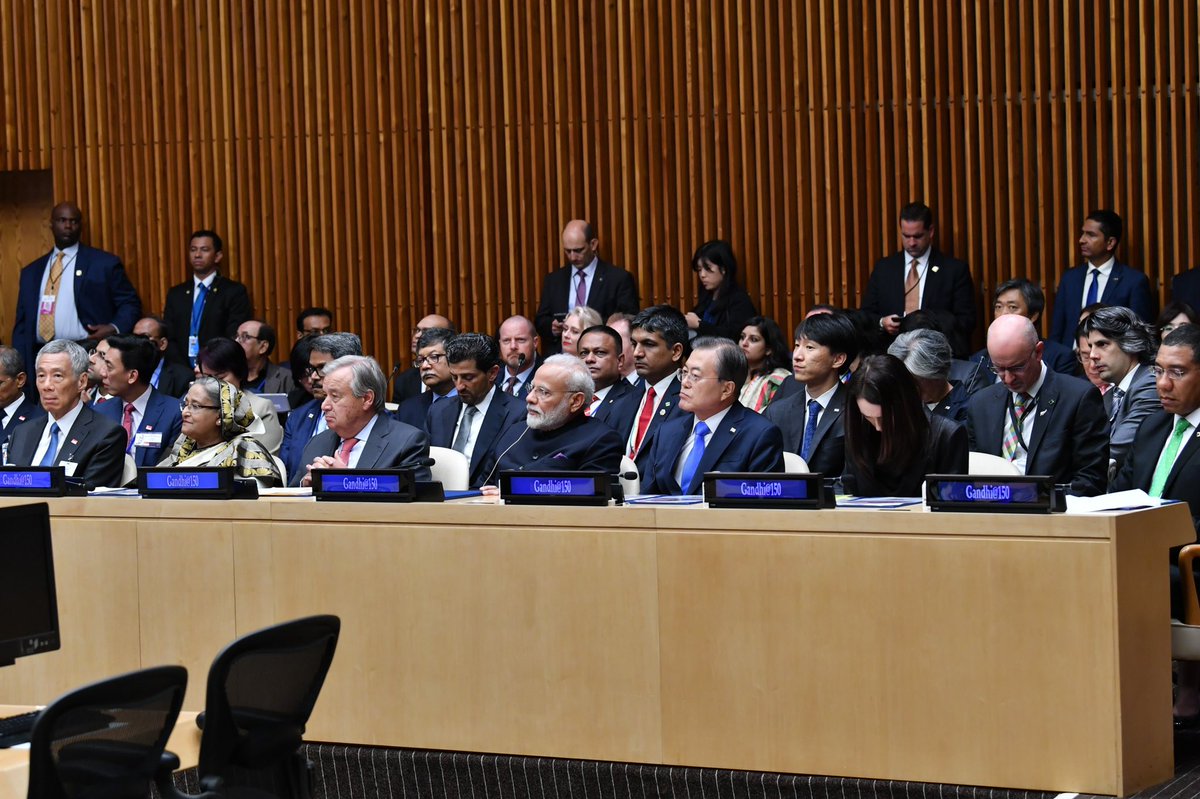 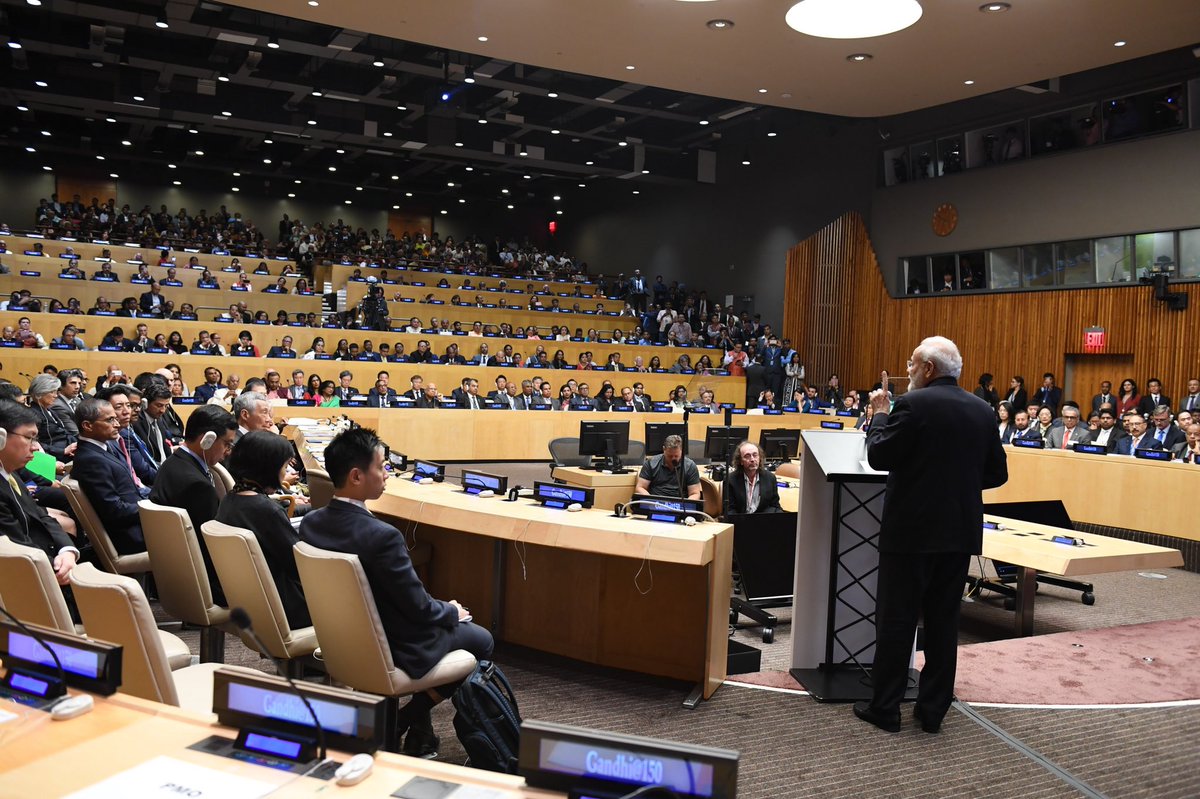 Secretary General Guterres said that Gandhi gave us a talisman to judge any policy and indeed any action – to assess if the proposed action would enhance the life, dignity and destiny of the poorest person we had met. Sanitation, maternal health, primary education, gender balance, women empowerment, reduction of hunger, and ensuring partnerships for development formed the basis for Gandhi’s life and practice long before the MDGs or SDGs were designed. In fact, the Sustainable Development Goals are Gandhian philosophy in action. 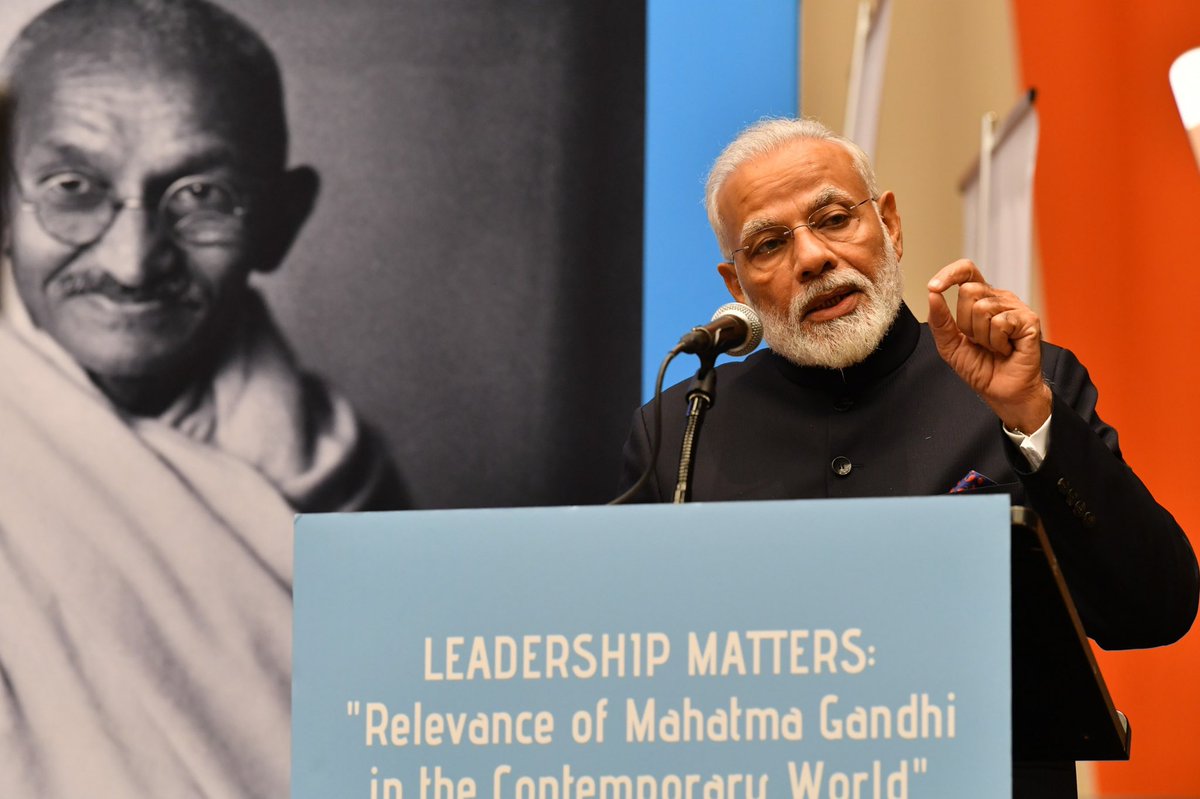 The participating leaders used the occasion to pay tributes to Gandhian thinking and said that the legacy of Mahatma Gandhi will endure for generations to come. They said the name of Mahatma Gandhi transcends the bounds of race, religion and nation-states, and has emerged as the prophetic voice of the twenty-first century. Gandhi was a multi-faceted personality. He was a nationalist and an internationalist, a traditionalist and reformist, a political leader and a spiritual mentor, a writer and a thinker and a pacifist and an activist for social reform and change. The world remembers the Mahatma not just for his passionate adherence to the practice of non-violence and supreme humanism, but as the benchmark against which we test men and women in public life, political ideas and government policies, and the hopes and wishes of our shared planet.