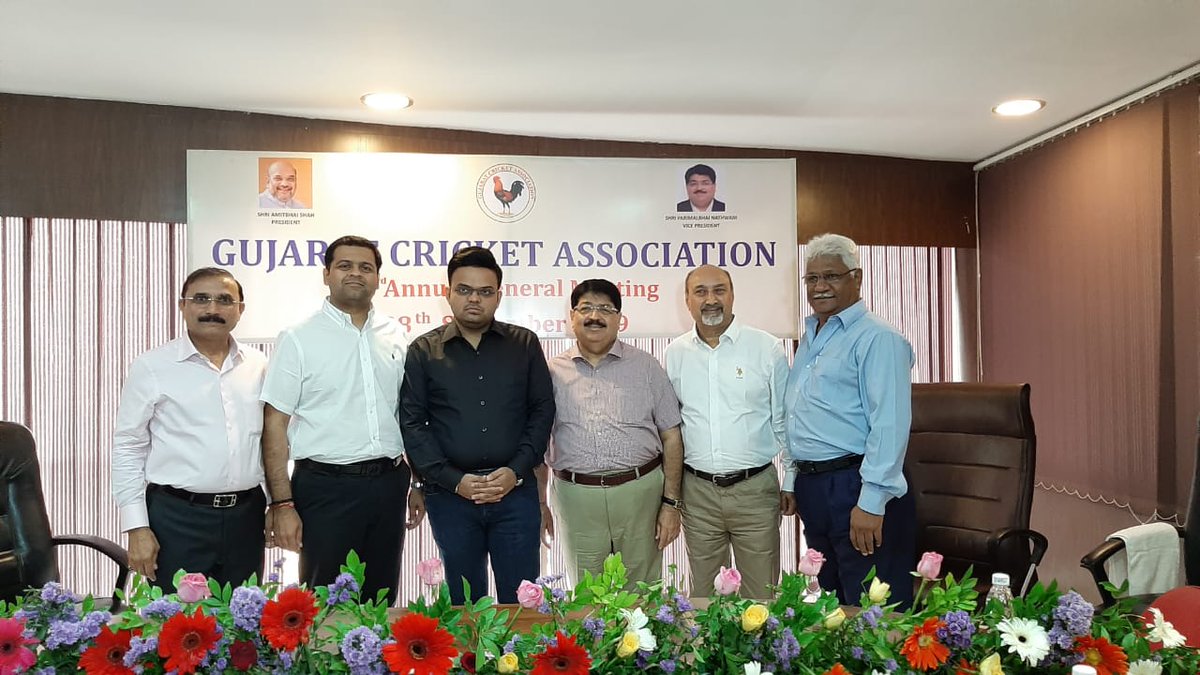 Dhanraj Nathwani is Vice Chairman of Dwarka Devasthan Samiti (Dwarka Temple Board), and President of Gujarat State Football Association. He is also a member of GEER foundation and State Wildlife Board. Number of dignitaries flooded twitter with congratulatory messages to Dhanraj Nathwani.

Greetings to @DhanrajNathwani ji on being appointed as the vice president of the Gujarat Cricket Association.

Congratulations @DhanrajNathwani for becoming the Vice President of #GCA. pic.twitter.com/ysebhe9x9N

Congratulations to you. I’m sure you will contribute greatly to Gujarat cricket

Dhanraj Nathwani in his social media post reacted to the development and said his first priority will be to complete Prime Minister Shri Narendra Modi’s dream project, the world’s largest cricket stadium at Motra and make it the most sought after cricketing venue in the world.

Full text: ‘I thank all at Gujarat Cricket Association for reposing confidence in me & humbly accept the great responsibility given to me as the newly elected Vice President of GCA.

My first priority will be to complete our honourable PM Shri Narendra Modi’s dream project, the world’s largest cricket stadium at Motera, Ahmedabad, & make it the most sought after cricketing venue in the world.

Our honourable Home Minister Shri Amit Shah as President of GCA, Shri Parimal Nathwani as Vice President & Shri Jay Shah as Joint Secretary of GCA have worked hard to bring to 90% completion stage this upcoming world’s largest stadium at Motera. It will be my first endeavour to complete this project along with assistance from all other GCA committee members.’

I thank all at #Gujarat #Cricket Assoc for reposing confidence in me & humbly accept the great responsibility given to me as Vice President of GCA. My first priority will be to complete world's largest cricket stadium at #Motera & make it most sought after venue in world. @BCCI pic.twitter.com/d3oSMctq09

Anil Patel as Joint Secretary, and

Bharat Zaveri as Treasurer of GCA.

Earlier in the day, Shri Parimal Nathwani, outgoing Vice President of GCA in a Facebook post announced he was stepping down from the post of Vice President of GCA as per the recommendations of Lodha Committee appointed by Supreme Court. Parimalbhai said in larger interest of GCA and Gujarat Cricket, he will continue to contribute his best. He said, ‘I got associated with GCA in 2008-09 and am proud to have served Gujarat Cricket for nearly 10 years. I express my gratitude to the then president of GCA and then Chief Minister of Gujarat and now Honourable Prime Minister of India Shri Narendrabhai Modi and to Home Minister of India and president of GCA Shri Amitbhai Shah for giving me an opportunity to serve Gujarat Cricket. I am also thankful to all the office-bearers & members of the executive committee, employees, players, and the media fraternity. It is because of your support, guidance, and cooperation from time to time that we as GCA will be gifting ‘the World’s Largest Cricket Stadium’ in near future to the cricketing fraternity and lovers of the game. In short, I am happy that my tenure with GCA as an office-bearer had been very fruitful and satisfactory.’