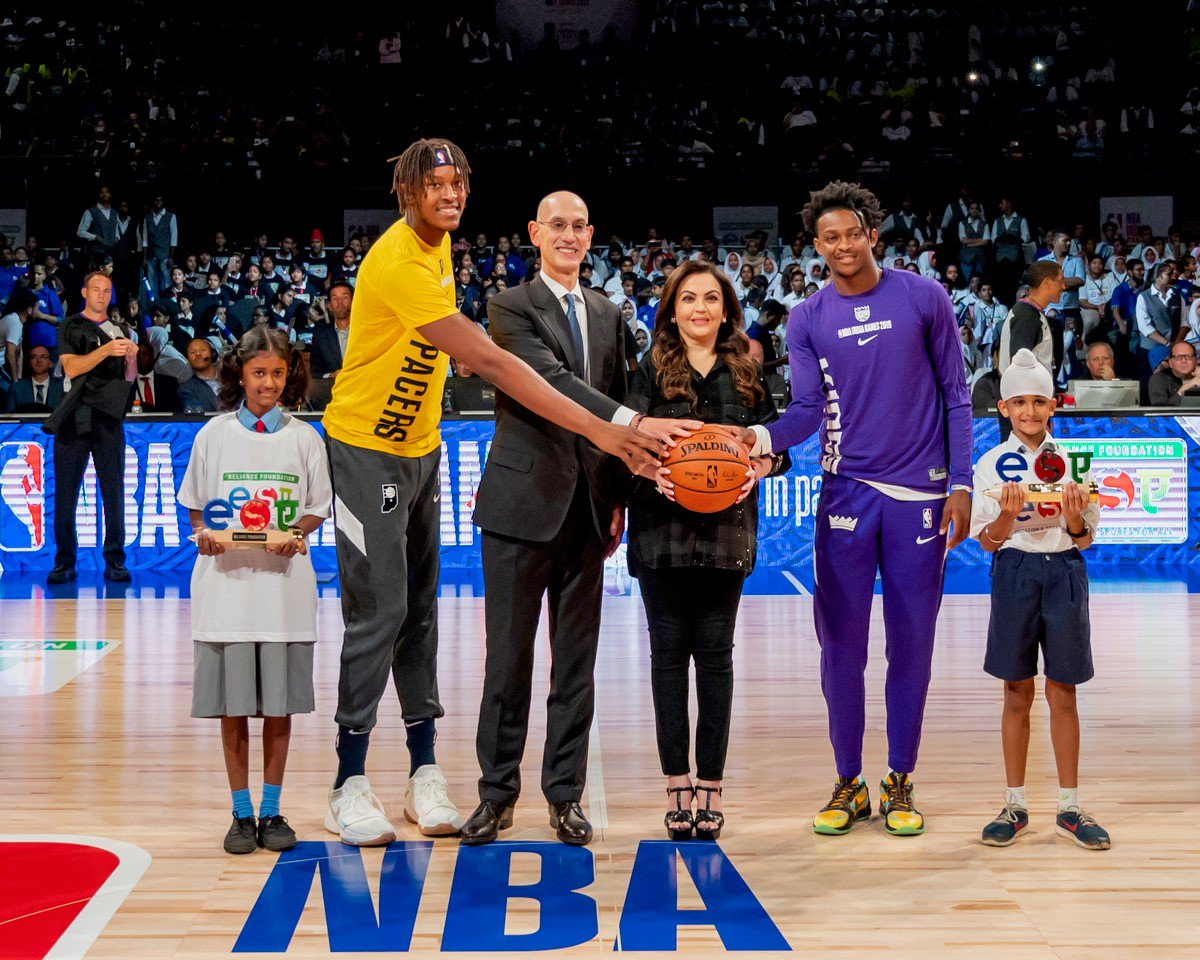 Mumbai: A stadium full of boys and girls, all in the age of 10 to 16 years were at their sporting best as they cheered for their favourite team during the historic first ever NBA game in India between Indiana Pacers and Sacramento Kings at the NSCI Dome, in Mumbai today.

The children, representing Reliance Foundation Junior NBA program, were the special invitees by Mrs Nita Ambani as part of Reliance Foundation’s celebration of a successful 6 years partnership with NBA in India. It was a unique opportunity presented to these children to be part of the game and witness the NBA magic live from the courtside.

Over the years, Reliance Foundation Junior NBA has impacted 11 million children and trained 10,000 coaches in 34 cities of 20 Indian states.

Says Mrs Nita Ambani, Chairperson, Reliance Foundation, “Its my dream to see India become a truly multi-sport nation. Reliance Foundation is excited to present the first ever NBA game in India and share our joy of celebration of 6 years of NBA partnership with these wonderful and budding basketballers from our Junior NBA program. Promoting education and sports in children is my mission and I hope to see India on the global sports pinnacle.”

On the occasion, NBA Commissioner Adam Silver acknowledged the contribution of Reliance Foundation in promoting basketball in India by presenting the ‘first’ Match Ball to Mrs Nita Ambani as a symbol of NBA coming to India to play two pre-season games. Mrs. Ambani and Adam Silver were joined by players, Myles Turner of Indiana Pacers and De’Aaron Fox of Sacramento Kings, to hand over the Match Ball to NBA game officials symbolizing the start of the first NBA game in India.