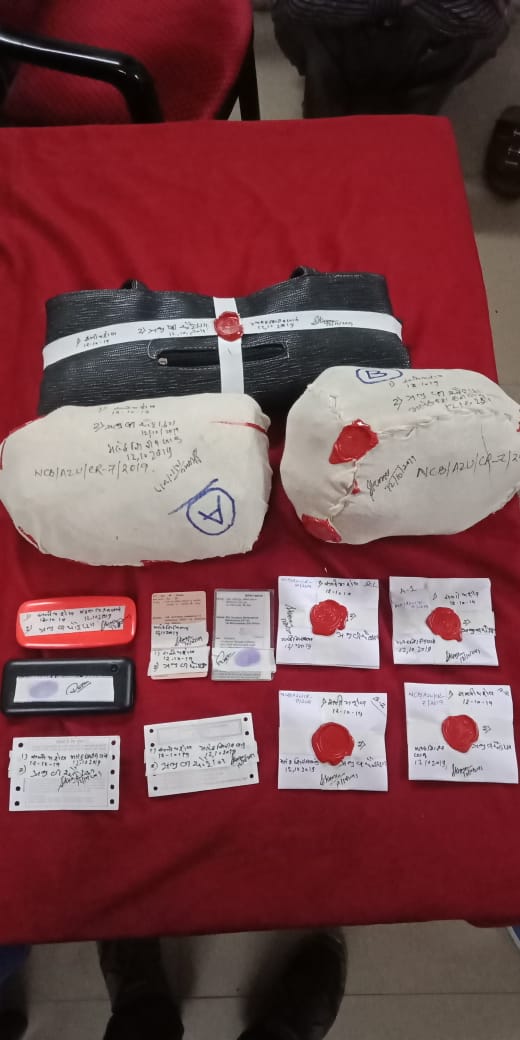 An NCB official said that that the NCB Ahmedabad team searched the luggage of a lady passenger Shirin Banu who was travelling in Ladies Coach of 12926, Paschim Express at Bharuch station and recovered 4 Kg. Charas.

During initial interrogation it is revealed that she is native of Ankaleshwar (Bharuch) and told that She had procured this Charas from a person at Delhi and then boarded Paschim Express yesterday from Faridabad. She was supposed to deliver it to Firoz Khan based at Ahmedabad. Later Firoz Khan was also apprehended by NCB team when he came to Bharuch Station to get delivery of Charas.

Further investigation is under progress.