Amit Shah to be on yet another Gujarat visit on October 25-26: Vaghani 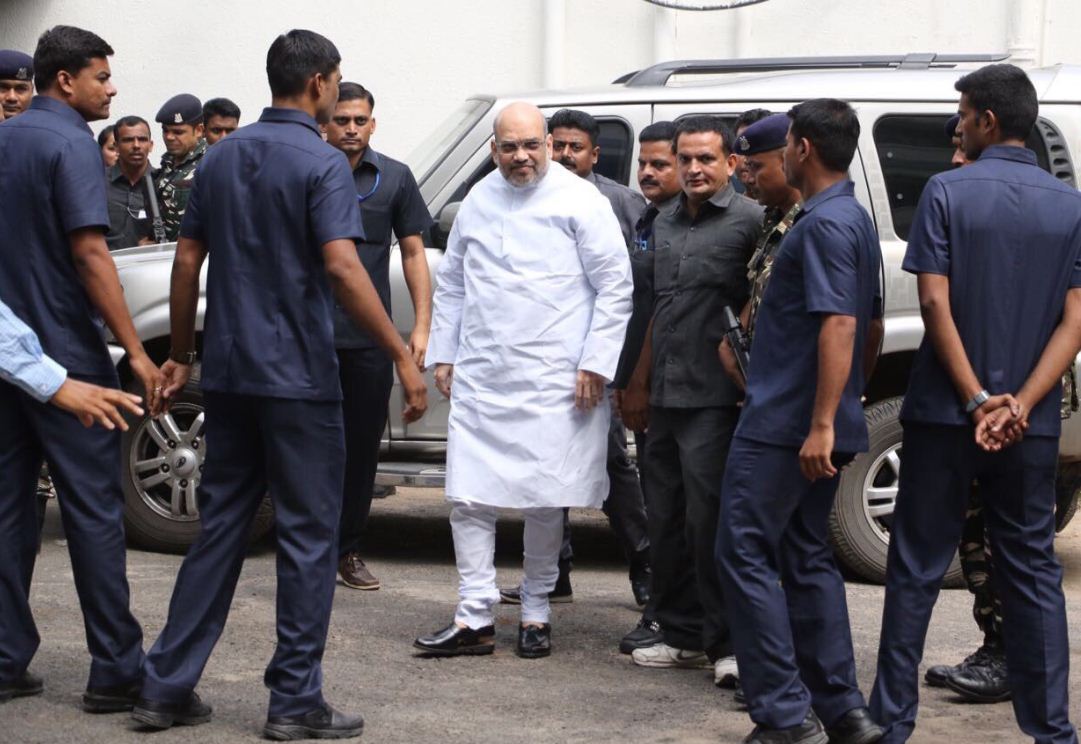 Gandhinagar: Union Home Minister and BJP president and party MP from Gandhinagar Loksabha seat Amit Shah would be on yet another visit of home-state Gujarat on October 25 and 26.

Gujarat BJP president Jeetu Vaghani today said that during his trip Shah would participate in various events in his home constituency Gandhinagar.

He said that Shah would participate in a government event on the first day of his visit in Gandhinagar in the morning. Later he would go to Kalol and dedicate various developmental works to the people including an over-bridge, the newly made gate of APMC and would also lay the foundation stone of the new court building there. He would also distribute equipment to divyang people.

Vaghani said that on the second day he would participate in similar events in Bopal and Sanand.