Tharad was previously won by BJP candidate Parbatbhai Patel. He had vacated this seat after his election as Lok Sabha member. Tharad is one seat which has never been lost by BJP ever since its formation. Today’s loss for BJP came as a surprise. Party had fielded a senior rural party worker as its candidate. It is no secret that outgoing MLA and present MP Parbatbhai Patel wanted his son to be field on this seat by BJP. Parbatbhai however publicly had demanded that party should field any local party worker as candidate.

In Radhanpur seat, Congress candidate Raghubhai Merajibhai Desai defeated rival BJP candidate Aplesh Khodaji Thakor by a margin of 3,807 votes. Alpesh who won this seat in year 2017 general elections of assembly as Congress candidate later resigned from Congress party and also from the assembly and joined BJP. He was banking big on his core strength of Thakor voters while also wooing others. Radhanpur has history of electing BJP candidates repeatedly in the past. However in 2017, Alpesh as Congress candidate snatched the seat from BJP. Alpesh is originally from Viramgam while his rival Raghubhai who has been victorious is local candidate. Radhanpur has history of not electing those who change their political party.

Dhavalsinh Zala, Alpesh Thakor’s top aide who had also resigned from Congress party and also from the assembly tasted defeat on Bayad seat in North Gujarat by a margin of merely 743 votes against rival Congress candidate Jashu Patel. Zala had won this seat in 2017 general elections. Bayad has history of electing Congress candidates more often than BJP candidates in recent assembly polls.

On Amraiwadi seat of Ahmedabad city which is located next to Maninagar seat, earlier represented by Prime Minister Narendra Modi, BJP candidate Jagdish Ishwarbhai Patel declared victorious by margin of 5,528 votes against rival Congress candidate Dharmendra Shantilal Patel (Dhamabhai). Amraiwadi is urban seat which has always elected BJP candidates. However in initial rounds, Congress candidate continued to enjoy lead over rival BJP candidate consistently, making everyone surprised. Jagdish Patel could win finally after significant leads gain in last two rounds of counting. Low voters’ turnout in Amraiwadi was earlier seen as worrying factor for BJP. By-poll here was necessitated due to resignation of outgoing BJP MLA on his election to Lok Sabha. Due to error in five Electronic Voting Machines (EVMs), result was still in progress till late in the evening.

BJP’s Jigneshkumar Sevak was declared victorious in Lunawada seat of Central Gujarat against rival Congress candidate Gulabsinh Chauhan. Lunawada seat is a gain for BJP as in year 2017 general elections of assembly, an independent candidate had emerged victorious here by a margin of over 3,000 votes against rival BJP candidate. Independent MLA had later joined BJP and vacated this seat after his election to Lok Sabha as BJP MP. BJP has won this seat with comfortable margin of 11,952 votes. BJP has registered electoral victory on Lunawada assembly seat for the first time after 2002. 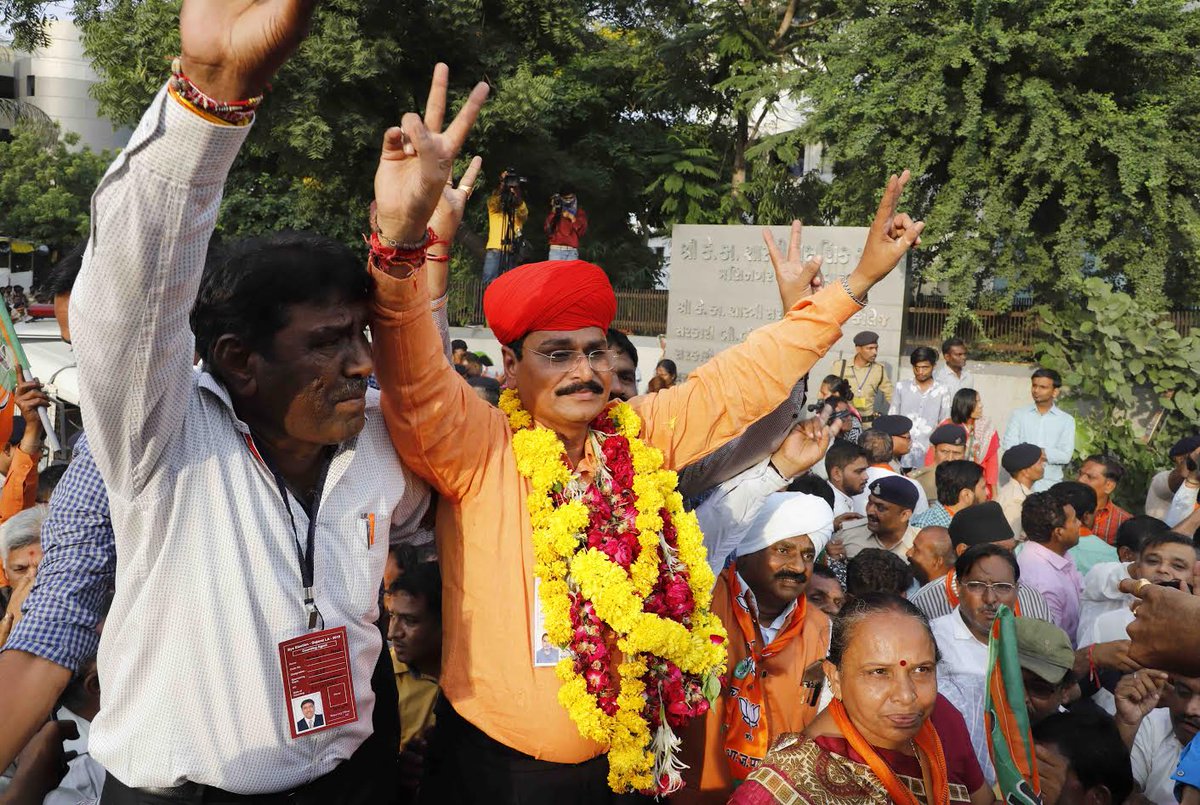 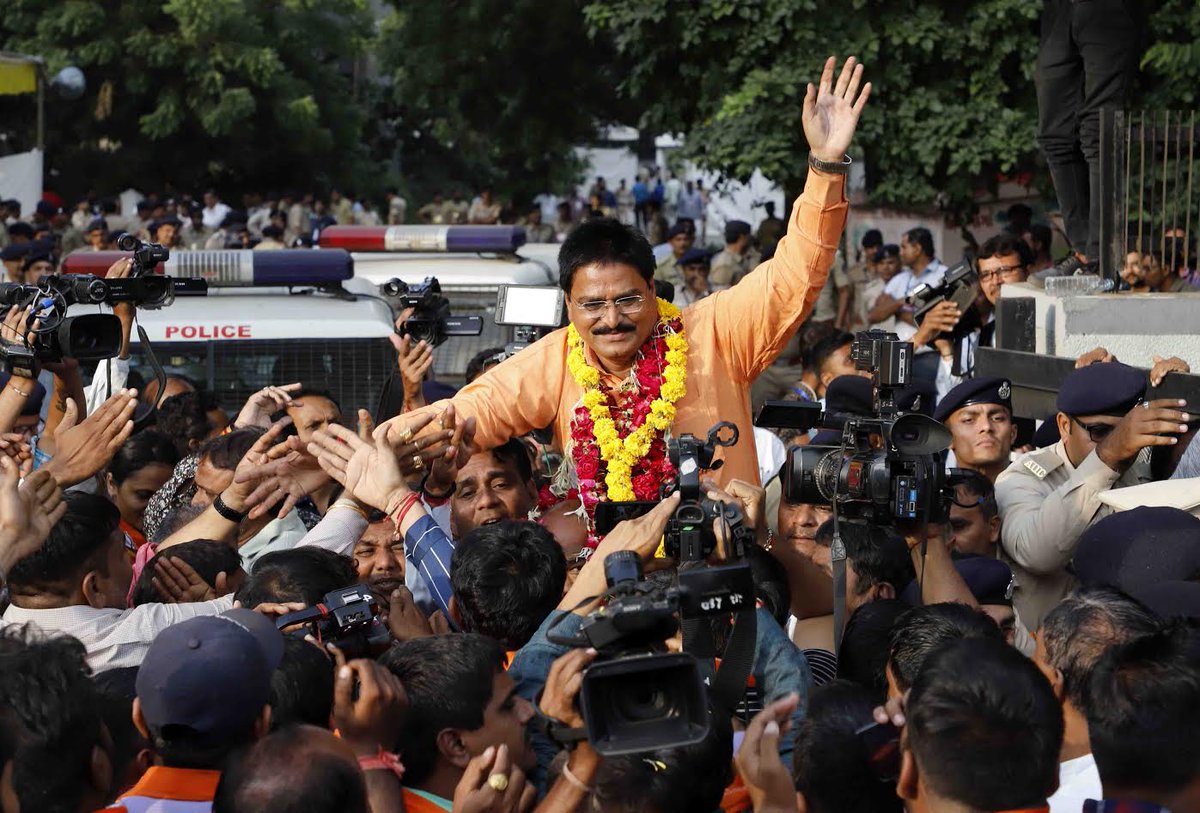 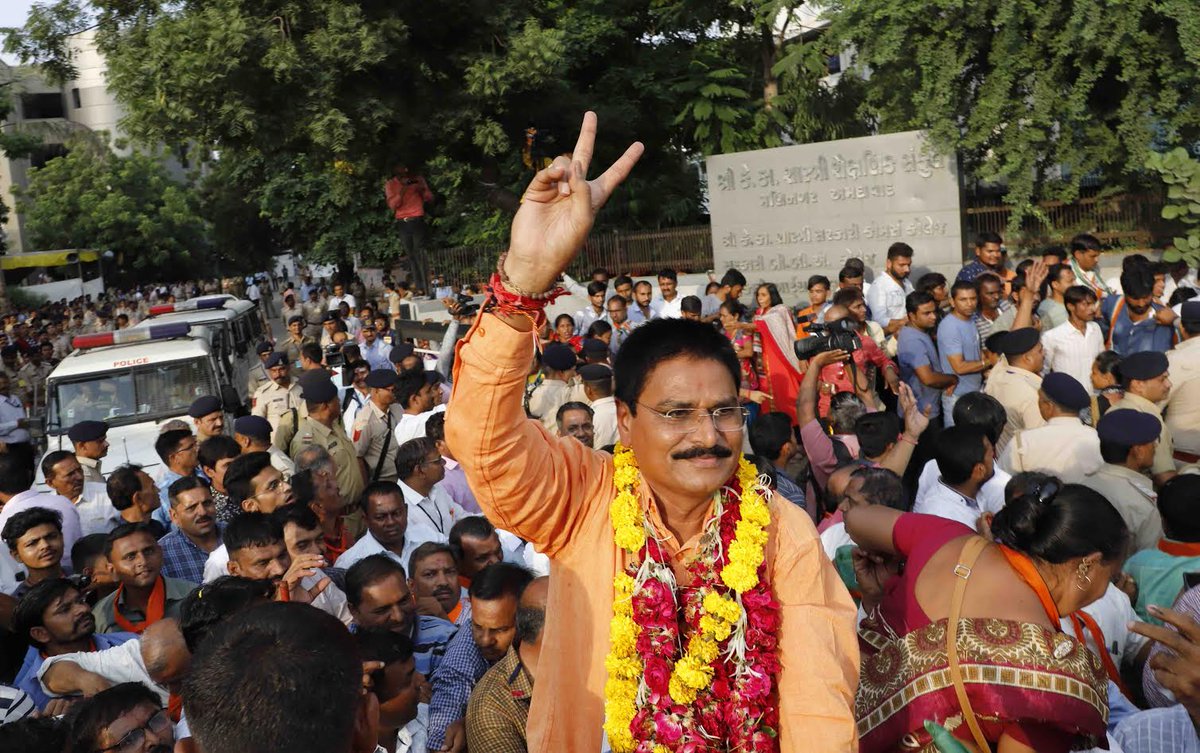 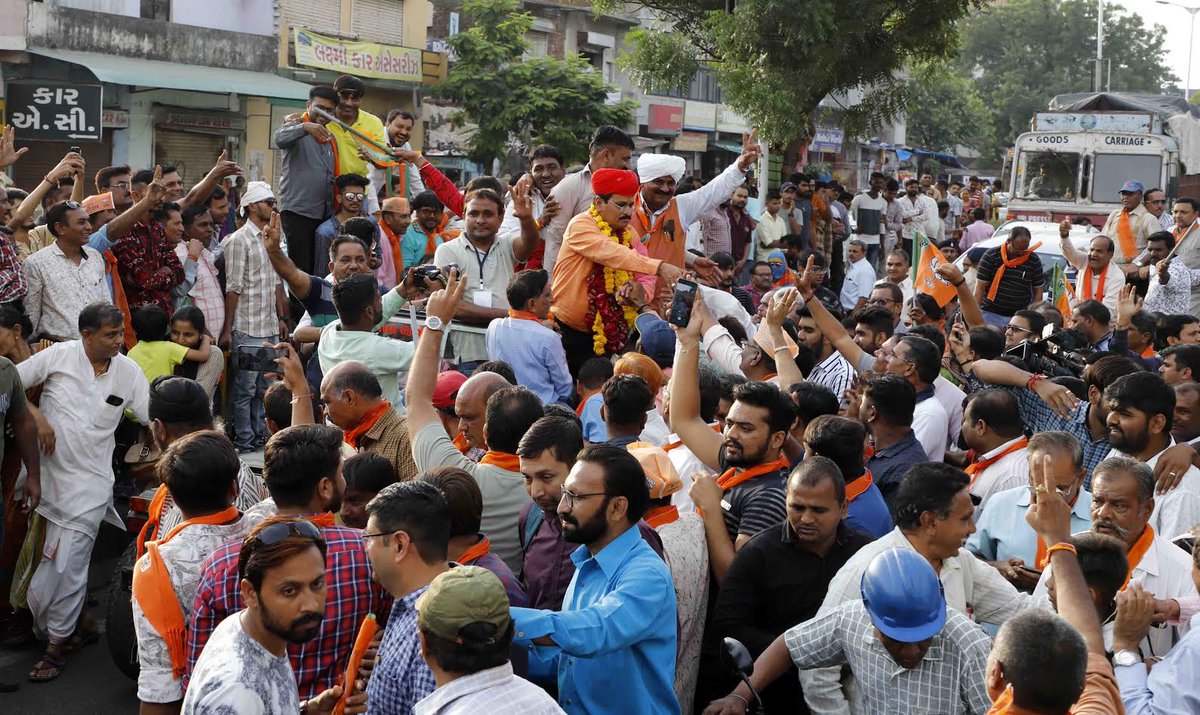 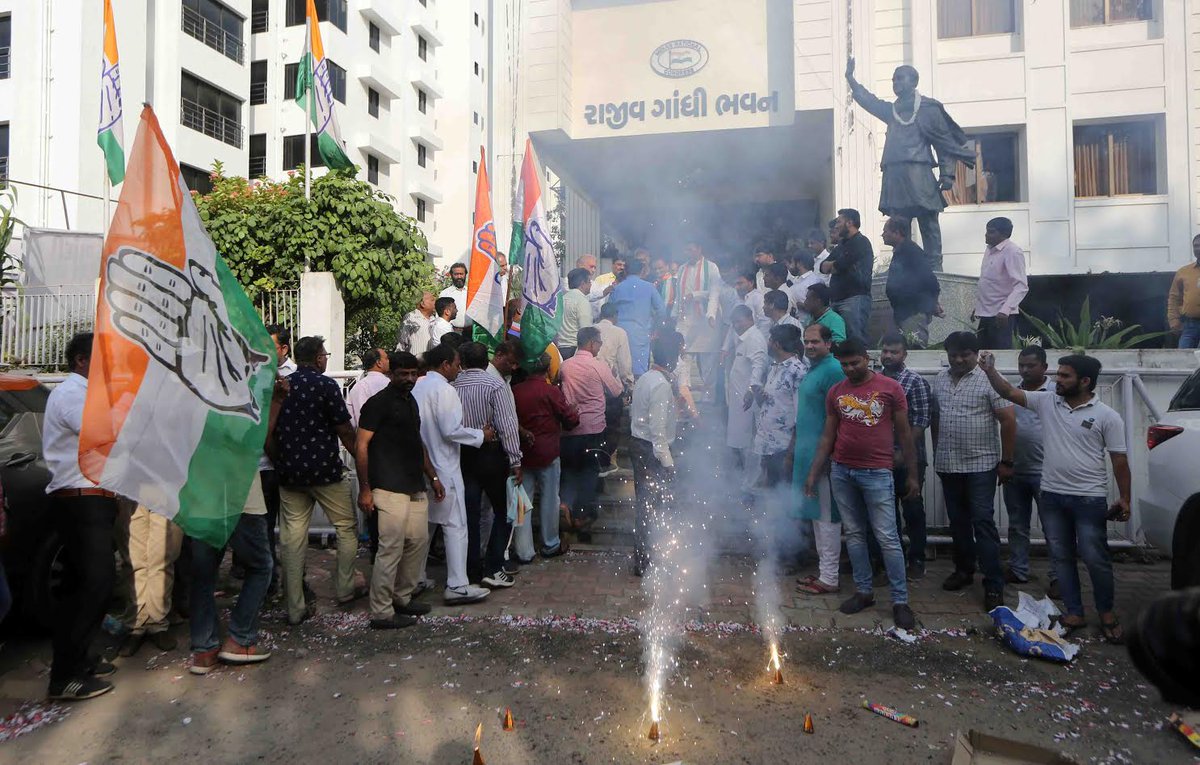 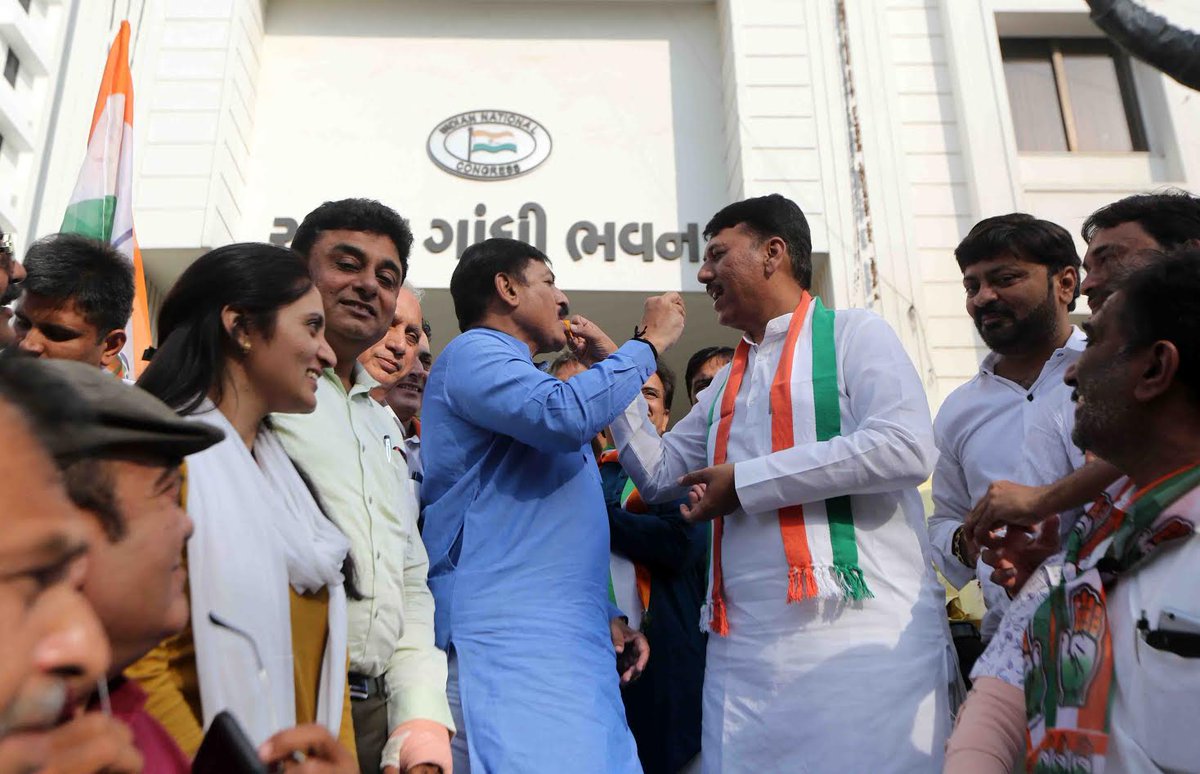 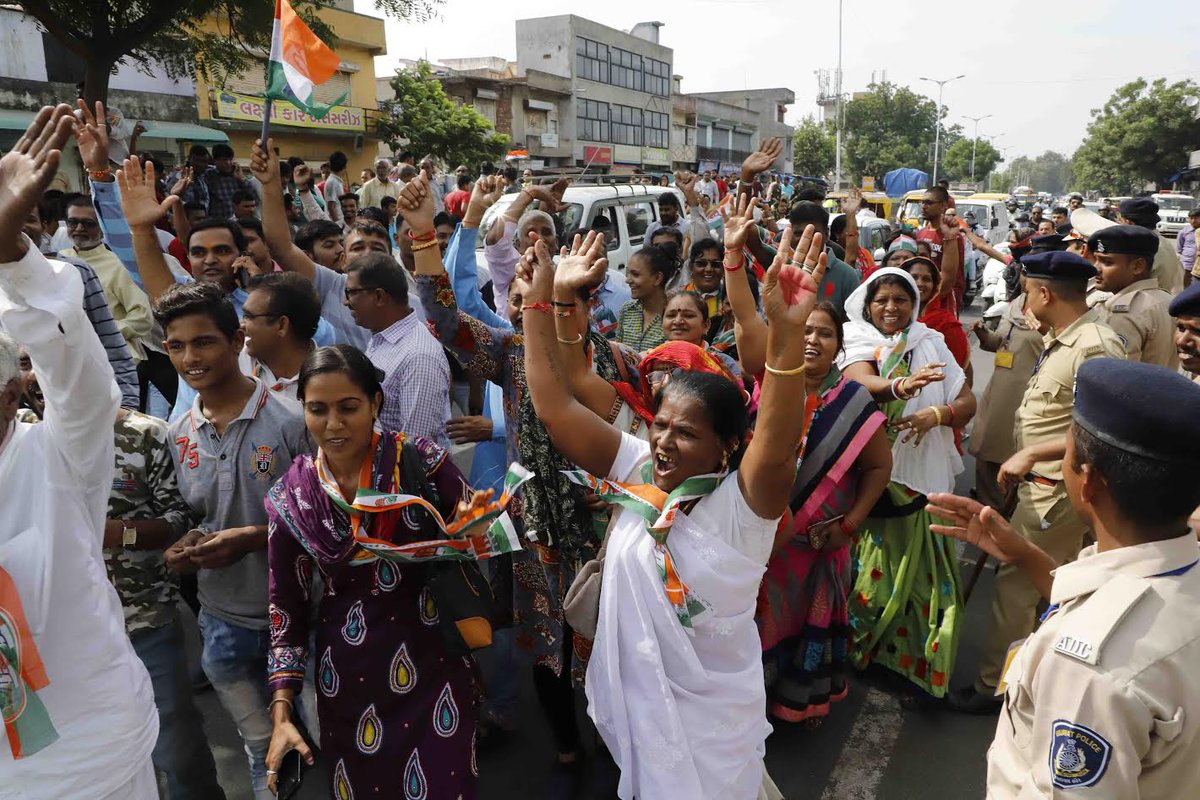