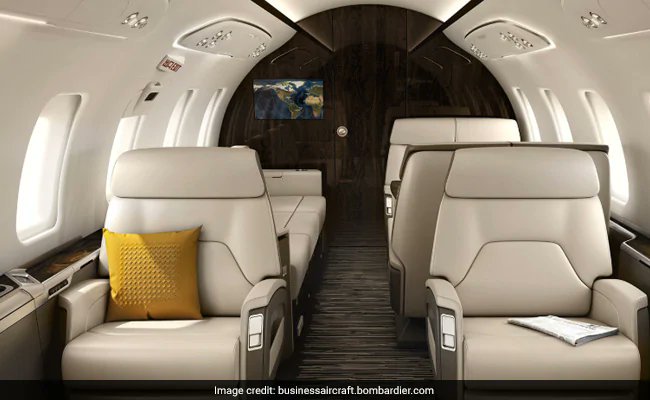 Gandhinagar: The Vijay Rupani led government in Gujarat has purchased a Rs. 191 crore two-engine Bombardier Challenger 650 plane to be used by Chief Minister Vijay Rupani and other VVIPs like the Governor and deputy chief minister, after five years long procurement process. A 12 passengers aircraft has a flying range of 7,000 kilometres. The aircraft will be delivered later this month. It would take another two months before the new jet can become airborne as the government will need various approvals and clearances from the customs, DGCA and other authorities.

The present 9-passenger capacity Beechcraft Super King turboprop aircraft used by the chief minister and Governors for the last 20 years can fly at 870 kmph. However it could ferry only four to five passengers as additional fuel was carried along due to limited flying range. As the Beechcraft Super King was not able to fly long range and it was also an older generation aircraft, the state government was compelled to hire private jets to take the chief minister on long distance journeys. Hiring a chartered aircraft would cost around Rs. 1 lakh per hour or even more. The Beechcraft Super King would take around five hours to reach Guwahati from here (Ahmedabad) while the new aircraft would take about two hours to cover the same distance as it does not require refuelling.