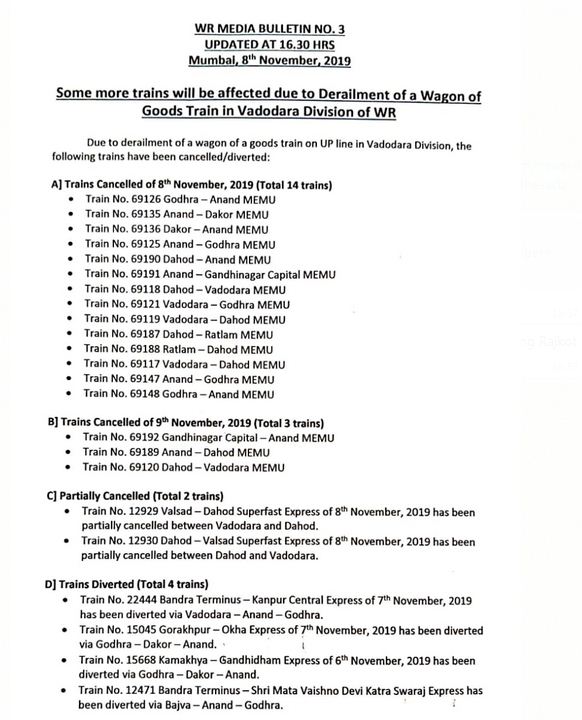 Vadodara: Altogether 14 trains were fully cancelled, 2 partially cancelled and four others diverted due to derailment of a goods train near Alindra Road Railway Station in Central Gujarat close to Vadodara today.

A senior railway official said that the gate man near Alindra railway station stopped the goods train coming from Ratlam to Vadodara when he saw the wheels of one of its bogies derailed. He showed red flag to the driver at around 0920 am this morning averting a bigger accident in time.

Due to the incident the rail traffic on the route between Samlaya and Pilol station where the repair of the derailed bogey was being done, has been hampered. Three more MEMU trains have been cancelled for tomorrow as well.