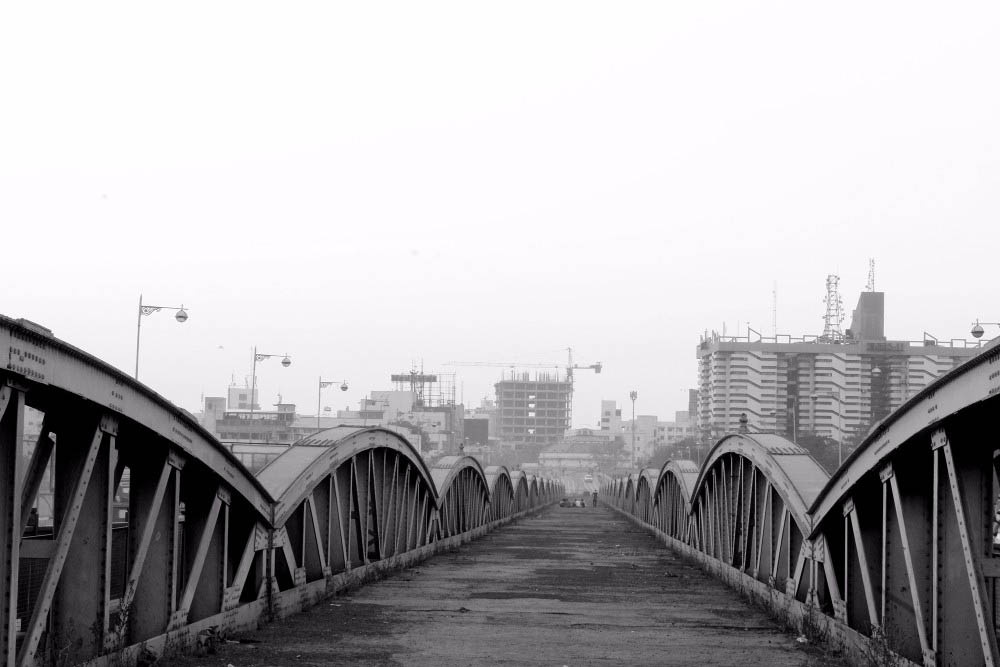 Ahmedabad: The Road and Building committee of the AMC today again gave approval to the proposal of appointment of yet another consultant for suggesting ways for utilization of the closed grand-old and historic Ellis Bridge on the river Sabarmati in Ahmedabad city which had been witness to several historic events and had become an iconic landmark of the walled city by appearing in various movies.

The bridge constructed in 1892 is likely to be converted in to a walkway for tourists with an art gallery in a portion of it.

An official in the AMC committee said that the proposal for appointment of the consultant has in fact been approved in the meeting today. The consultant would also conduct various tests to find out what should be done to make it safe for any future project including converting in to a walkway which would attract tourists also.

The consultant will hand over a detailed report about the bridge after which the AMC will take a call about the further action.

Notably, earlier several plans were proposed for the grand-old bridge but none could see the light of the day. The AMC had once also proposed the demolition of the old structure but had to take it back after severe public criticism. Once a plan to convert it in to a special BRTS corridor bridge but it could also not happen.

This 120-year-old bridge has become an iconic landmark and a symbol of Ahmedabad. It was featured in several films such as in Kai Po Che! (2013) and Kevi Rite Jaish (2012). The Karnavati Art Gallery is situated at the western end of the bridge which regularly exhibits art.