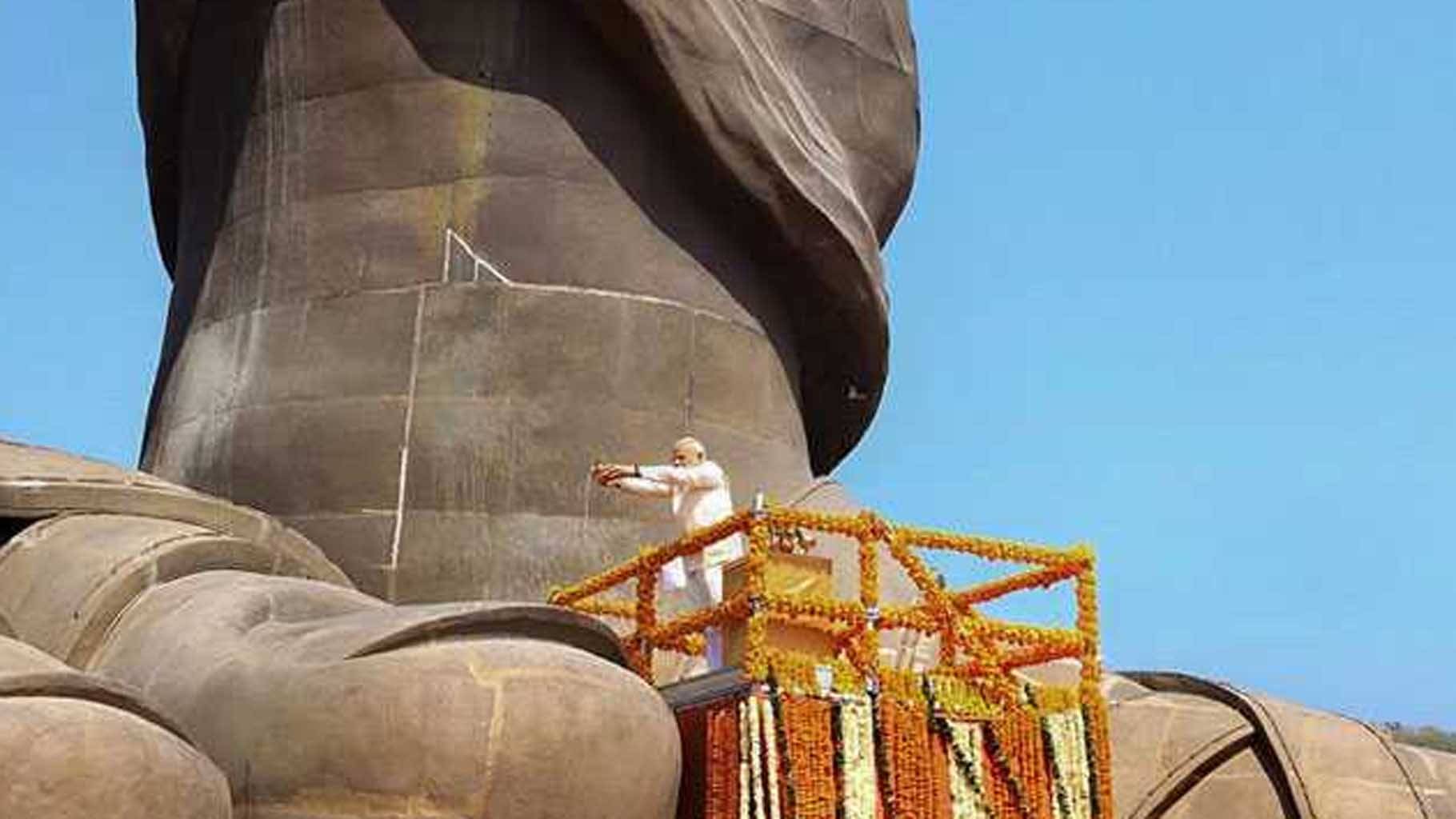 • Very high footfall of tourists has been observed since the dedication of Statue of Unity to the Nation on 31st October 2018.

• Out of which 2,91,640tourists means approximately 10% have visited during recent Diwali festivals only.

• Thus, no. of tourists per day has increased by50.4% due to addition of various newly developed tourists’ attractions.

• Overall average no. of tourists is recorded as9063 per day; whereas in normal working days it is 7030 per day and on weekend days i.e. Saturday and Sunday it is13071 per day.

• Recently new adventure activities like River Rafting, Cycling, Dino trail and Boating have been developed at Kevadia, which have received an overwhelming response from youths and thousands are getting benefits of the same.

• In addition to these, activities like Night Trekking, Climbing Wall, Two-way Zip Line etc. have been developed at Zarwani Eco-tourism site.

• Night Tourism for the first time in the country – Main Road and all the Projects are illuminated at night with colourful and theme based lighting.

• A unique “Glow Garden” with illuminated plants and animals has become a major attraction – Daily 4,000 to 5,000 people flock around to see its beauty.

• Thus, Kevadia has been transformed into an unmatched tourists’ destination.