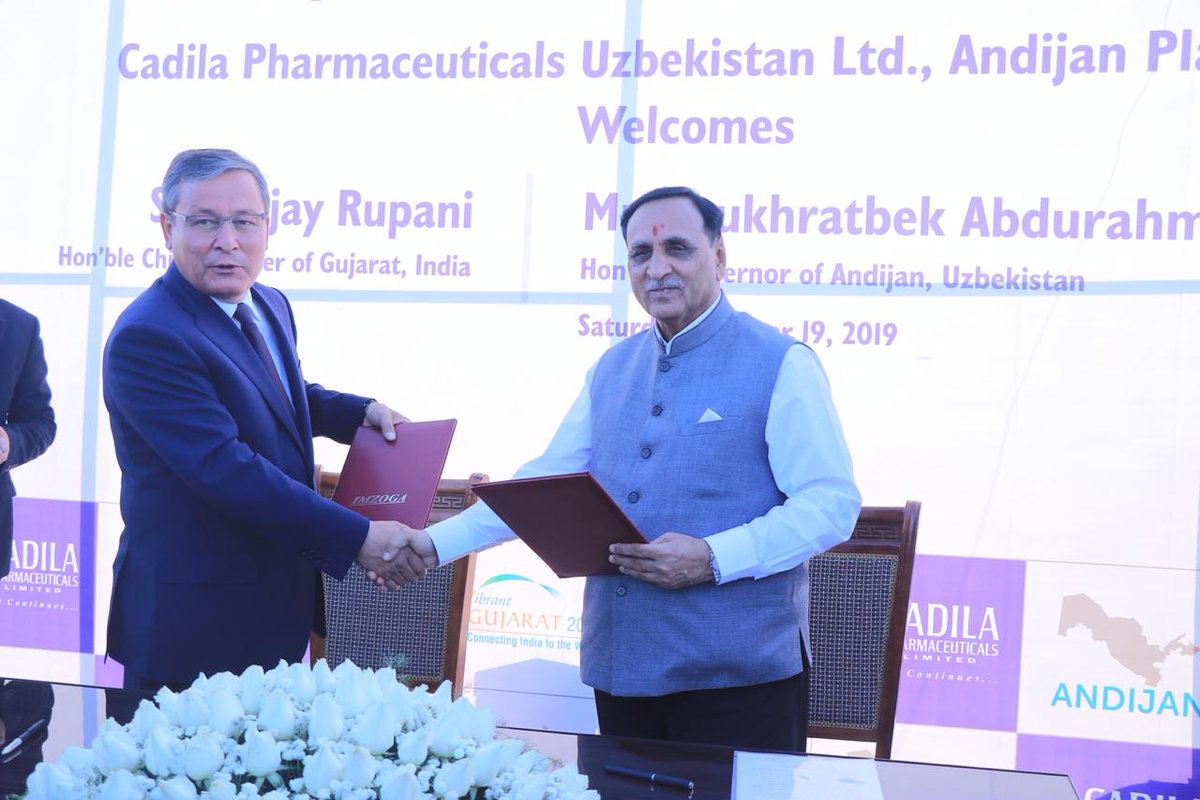 Gandhinagar: Uzbekistan and Gujarat signed 12 Memorandums of Understanding (MoUs) during 12 Business2Business and Business2Government meetings, including six in food and agriculture, three in education, one in energy, construction and IT.

The high-level delegation from Uzbekistan, including Mr. Adkham Ikramov of Uzbekistan Chamber of Commerce and Mr. Ibrokhim Abdurahmanov, Minister of Innovative Development, arrived Gujarat on November 29, 2019.

Gujarat Chief Minister Vijay Rupani attributed the success of arranging the visit, arranging meetings and effective implementations to the coordination between the Ambassadors of the two nations, for increasing the business relations between the two regions for mutual benefit and all round development.

Mr. Ikramov said that Gujarat’s significant development has been in agriculture, food grains, textiles and energy. Uzbekistan is keen for investment from Gujarat and will extend all support for early commissioning of the projects. 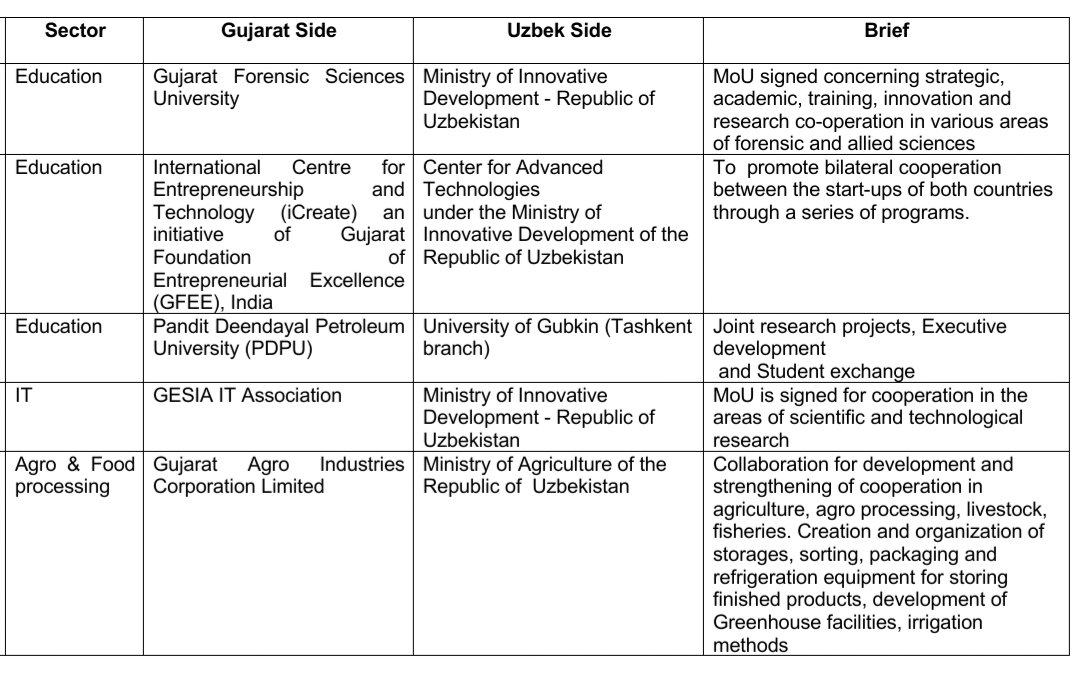 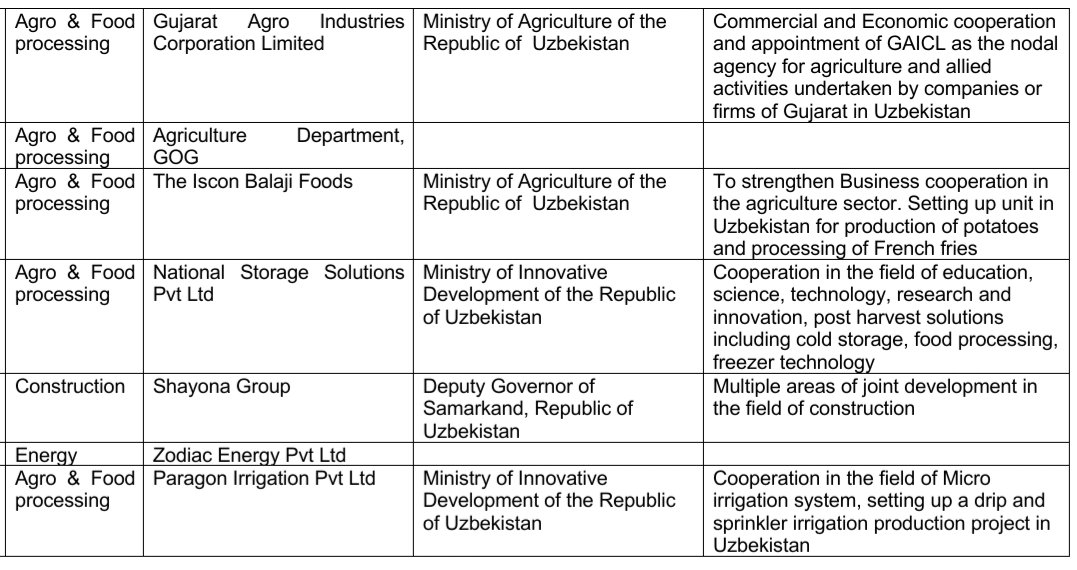