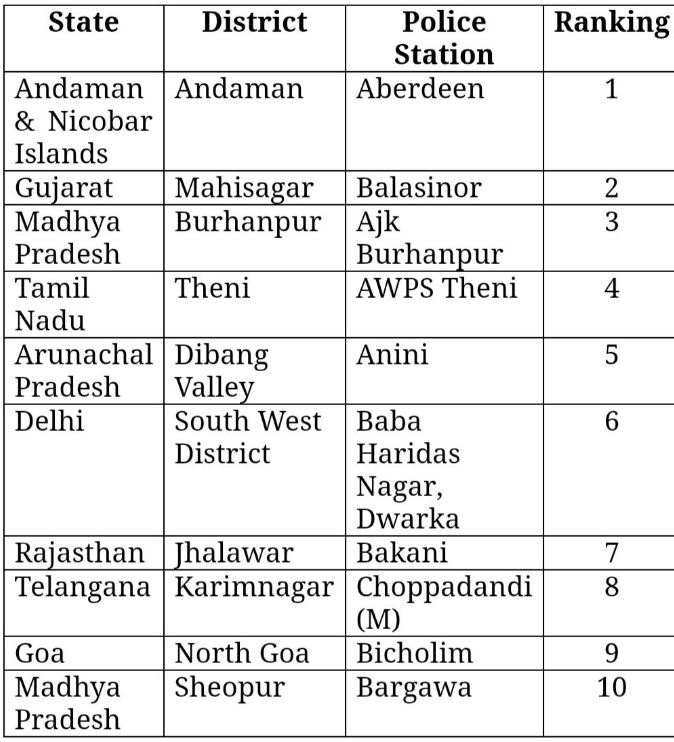 New Delhi: Balasinor police station of Mahisagar district in Central Gujarat has been ranked second nationwide in the list of best performing police stations, announced by the Government of India.

Government has released the list of best performing police stations from across the country. This effort reflects the directions of the Prime Minister while addressing DGPs during the 2015 Conference in Kutch, Gujarat. He had directed that parameters should be laid down for grading Police Stations and assessing their performance based on feedback.

This indicates that while availability of resources is important, more important is the dedication and sincerity of police personnel to prevent & control crime and serve the nation, said Shah.

The ranking process commenced with shortlisting of the best performing Police Stations in each State on the basis of addressing property offence, crime against women, and crime against weaker sections.

In the final stage, 19 parameters were identified to evaluate the standards of service delivery and identify techniques of improvement in policing. This part constitutes 80% of weightage in overall scoring. The balance 20% was based on infrastructure of Police Station and approachability of personnel and citizen feedback. 5,461 respondents covering approximately 60 people at each shortlisted location were approached for feedback.

The annual ranking of Police Stations gives an insight into the functioning of the police and provides valuable inputs to formulation of public policy in the wider realm of internal security. All the States of the Union have enthusiastically participated in this year’s survey, said the Ministry of Home affairs in a Pres communication.

The objectivity of the exercise has been ensured by the extensive use of the CCTNS database and on-ground survey conducted by a third party agency, said the Ministry, adding that the survey on citizen’s interface has also been revamped to better reflect the concerns of the citizenry.