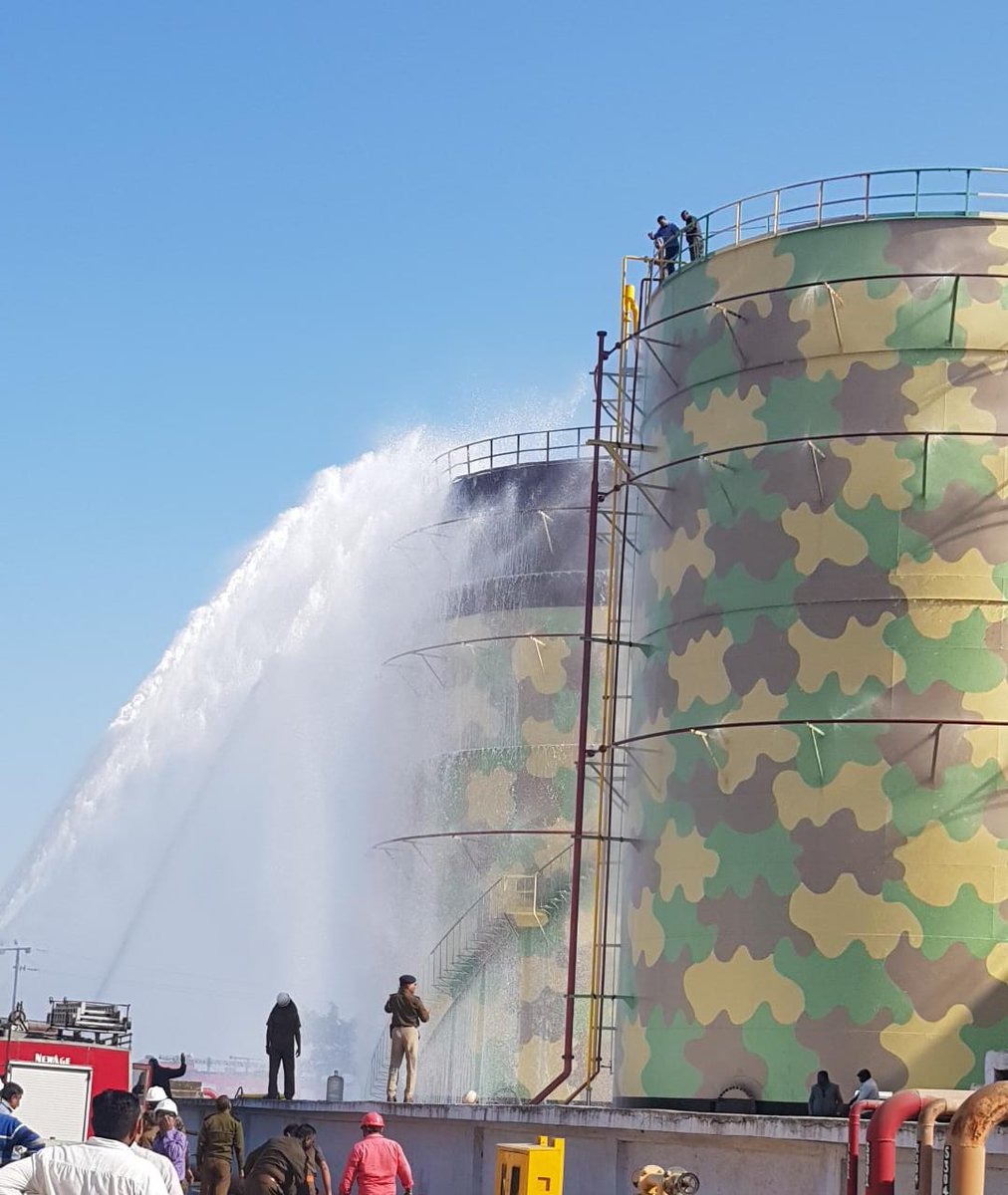 Gandhidham: At least two people died in a massive fire that broke out in a chemical storage tank at Kandla port in Kutch district of Gujarat today.

Police Inspector of Kandla K J Chavda said that the fire broke out in one of the tanks of M/s IMC terminal, a Chennai based company in to bulk liquid storage business.

‘The fire due to unknown reason broke out in the noon in the tank containing Methanol. Fire fighting started at 1 pm with the help of 8 fire fighting vehicles and was yet to be controlled till 5 pm. At least 4 people were working there when the incident took place. One body has been recovered while the other body has been noticed. The exact number of casualties would be known only after the completion of the fire fighting operation and cooling,’ PI Chavda said.

He said that cooling of the other nearby tank was also being done by medium velocity water sprinklers to protect these from catching fire.

The exact reason behind the fire was not yet known.