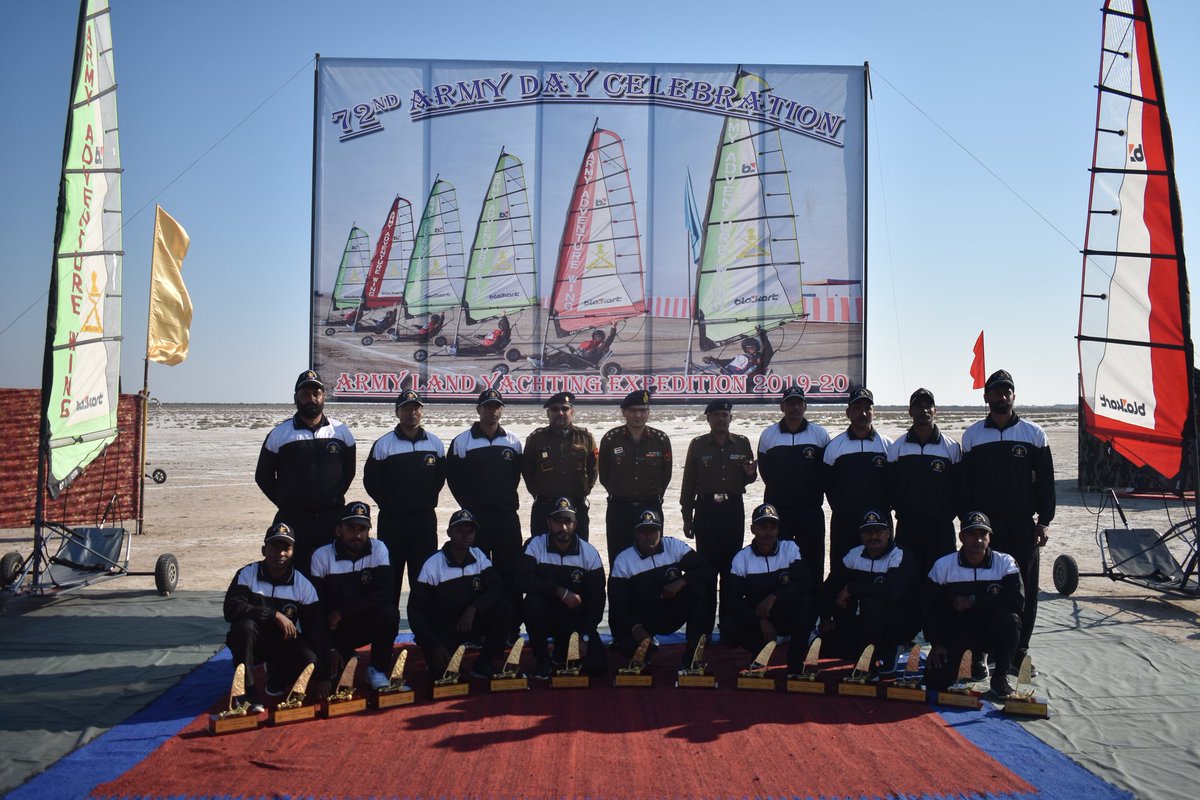 Bhuj: To commemorate 72nd Army Day and symbolising the spirit of adventure in the Indian Army, an eight day long Land Yatching Expedition was flagged in at Dhorodo. The expedition consists of 15 members was led by Captain Abhiraj Pathak & Lieutenant Navdeep Sharma wherein the brave sailors navigated their route of about 400 Kilometers, sailing over the barren flat lands of Rann and exploring various places like Dharamshala, Shaktibet and the festive town of Dhorodo. The team set course on the voyage on 08 Jan 2020 and the expedition finally concluded on 15 Jan 2020.

The expedition team has been trained at the Land Yatching Node located at Bhuj which functions under the aegis of Army Adventure Wing. The expedition aims at enhancing environmental awareness and promoting Indian Army as a career to the youth.