Surat: Defense minister Rajnath Singh during a brief 3-hour long visit to Surat dedicated the 51st K9 Vajra-t self-propelled Howitzer gun made by L&T at Hazira. The gun weighs 50 tonnes and can fire 47kg bombs at 43-kilometre distant targets. It can also turn around at zero radius. It has been delivery ahead of schedule from L&T’s Armoured System Complex which Prime Minister Shri Narendra Modi had dedicated to the nation in January last year. Pact for making 100 guns was signed in year 2018, of which 10 guns were delivered for testing in Rajasthan in year 2018 itself.

Addressing a gathering on the occasion, Singh called for active participation of the private sector in defence manufacturing, reaffirming the Government’s commitment to make India an arms manufacturing hub and net defence exporter.

He acknowledged the increasing participation of the private industry in defence production but tressed that a lot still needs to be done to make India a global defence manufacturing hub.

‘Our Government is open to new ideas and is determined to use the energy, entrepreneurship spirit and enterprise of the private industry in the defence sector,’ he said. He assured that the Government will make all efforts to remove any roadblocks and work together to achieve the goal of indigenisation and self-reliance in defence sector.

He also listed out various far reaching reforms introduced by the Narendra Modi Government under the ‘Make in India’ initiative to achieve $26 billion defence industry by 2025 and provide employment to 2-3 million people. ‘We wish to create an ecosystem that provides a platform to both public sector and private sector to work together and contribute to nation building through their strengths and experiences,’ he added.

He also highlighted various steps of the government in defence sector including the setting up of Defence corridors in Uttar Pradesh and Tamil Nadu; simplification of industry licensing process; increase in Foreign Direct Investment (FDI) cap; steps to promote defence exports; streamlining of Defence offsets policy; establishing Defence Investor Cell; providing Government-owned trial and testing facility to the private sector and schemes for startups and small and medium enterprises to promote innovation. He also mentioned that the Strategic Partnership (SP) model has been introduced in the Defence Production Policy under which private sector will be able to manufacture fighter aircraft, helicopters, submarines and armoured vehicles and emerge as global giants. Shri Rajnath Singh commended L&T for ensuring their participation under the SP model.

He also expressed satisfaction on his visit to the Armoured System Complex, saying that the facility is a strong example of ‘Naye Bharat ki Nayi Soch’ (New thinking of New India). He added that the goal of modernisation and indigenisation in defence under ‘Make in India’, conceptualised by Prime Minister Narendra Modi, has started to take shape.

He termed K9 VAJRA-T Gun as the best example of ‘Make in India’ in Defence. “I have been told that more than 75 per cent of K9 Vajra has been manufactured in India. Over 5,000 people have got direct employment and more than 12,500 indirect employment through this complex. It is a matter of great pride,” he said. He also congratulated L&T for delivering 51 of the 100 orders it received for K9 Vajra ahead of schedule.

L&T Group Chairman A M Naik and officials of L&T and Ministry of Defence were also present on the occasion. 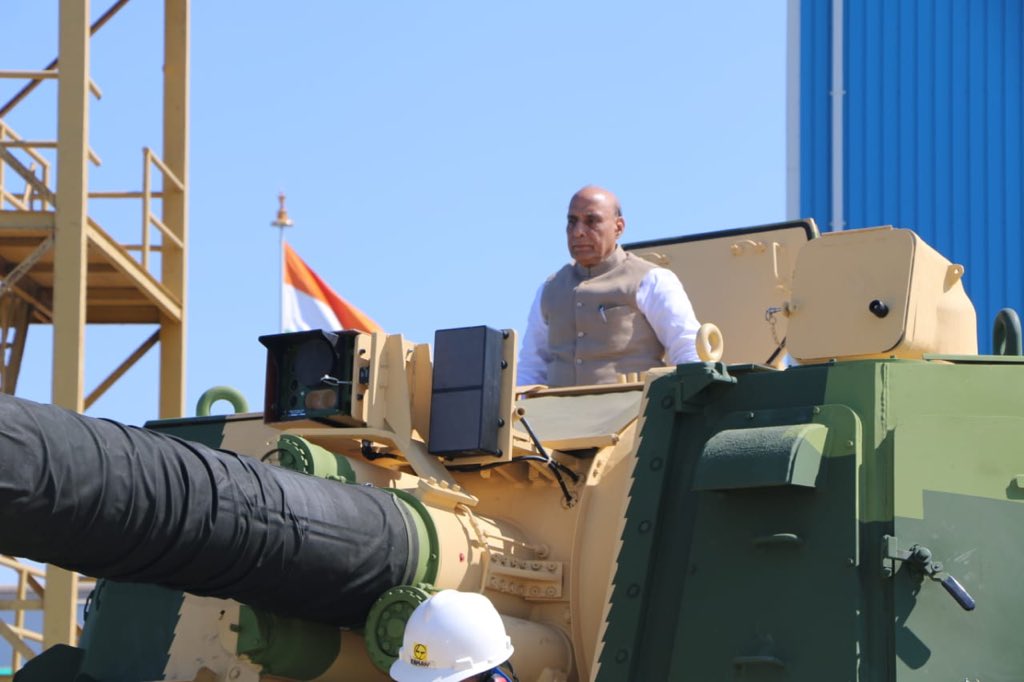 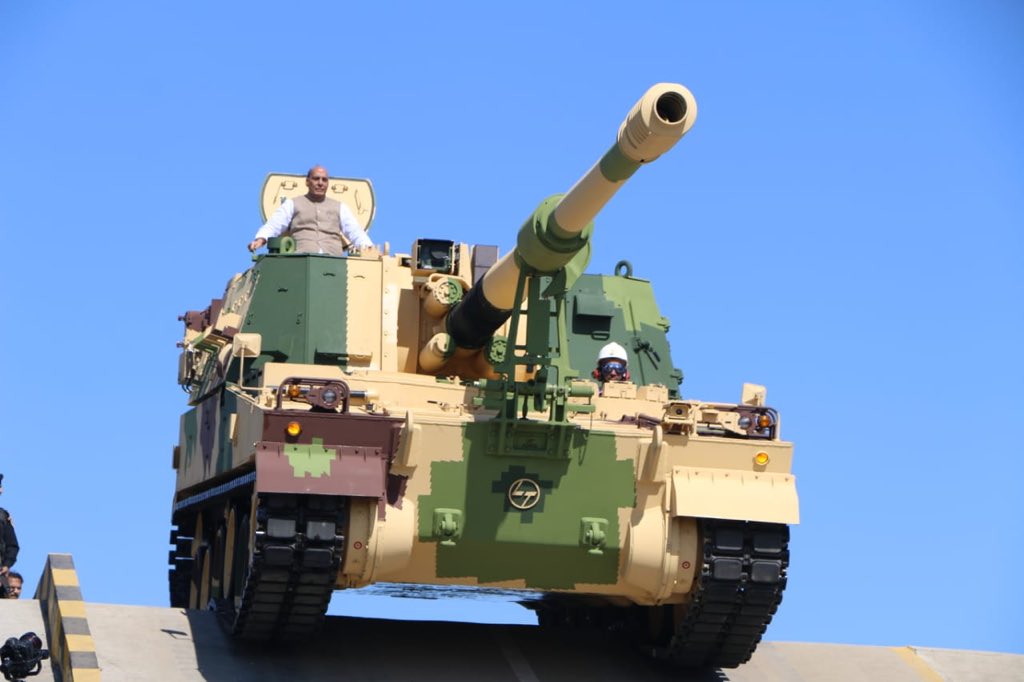 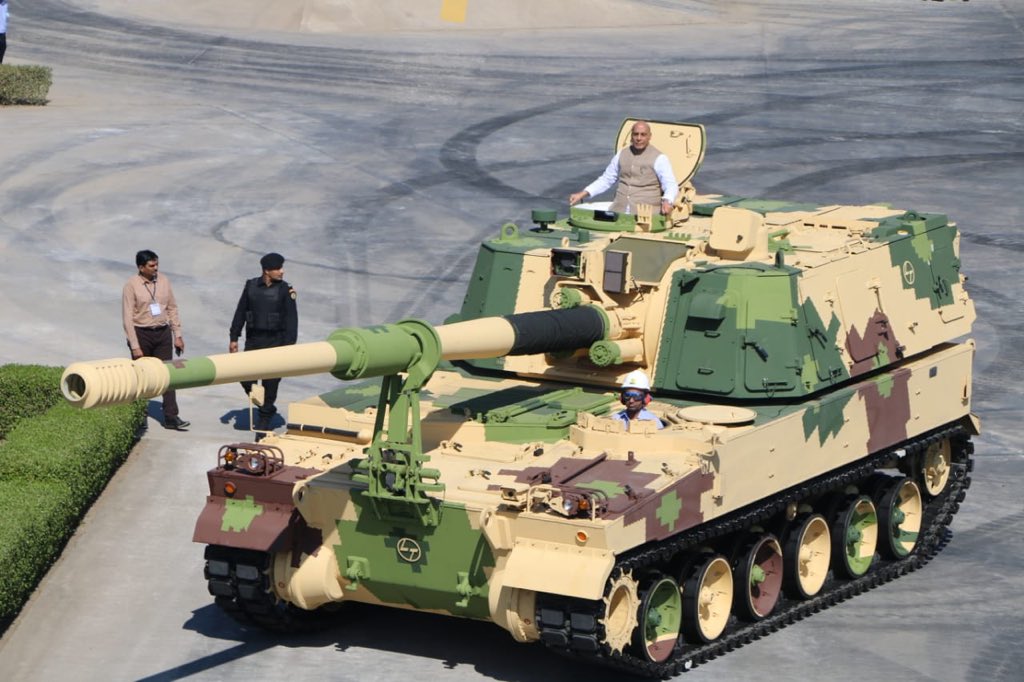 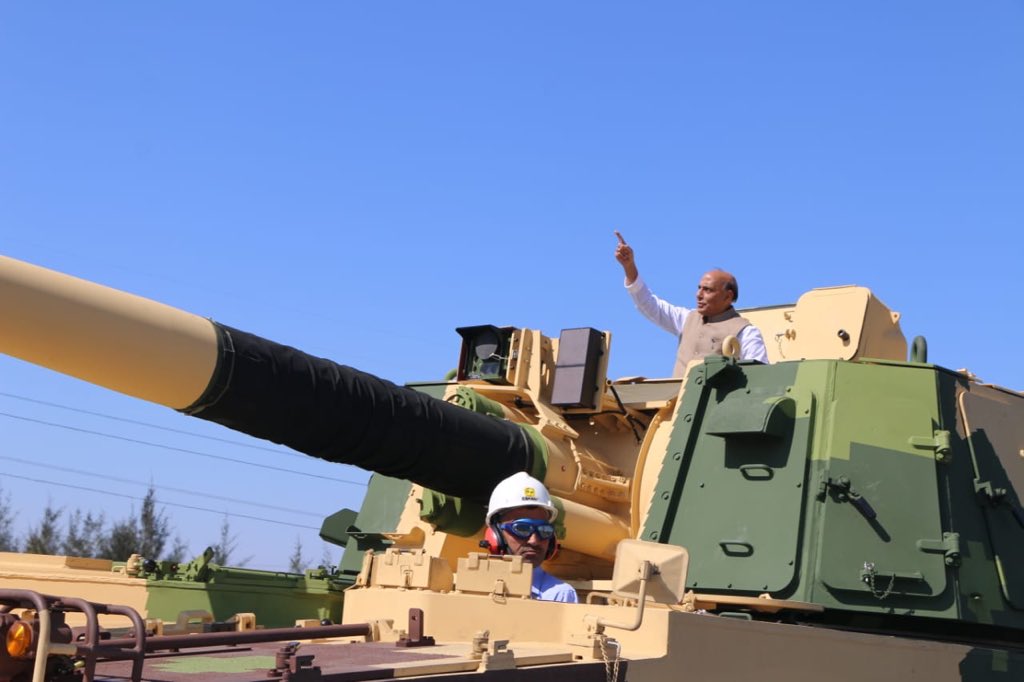 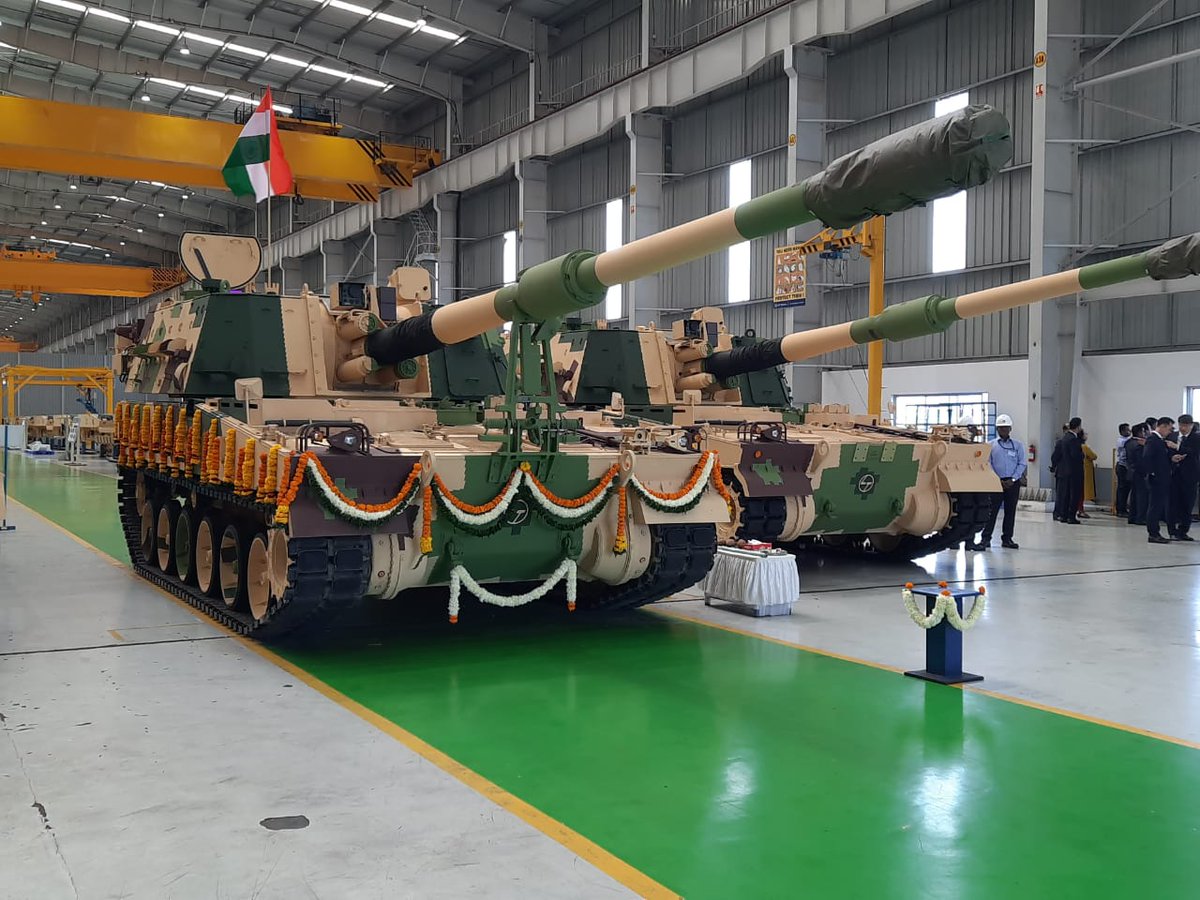 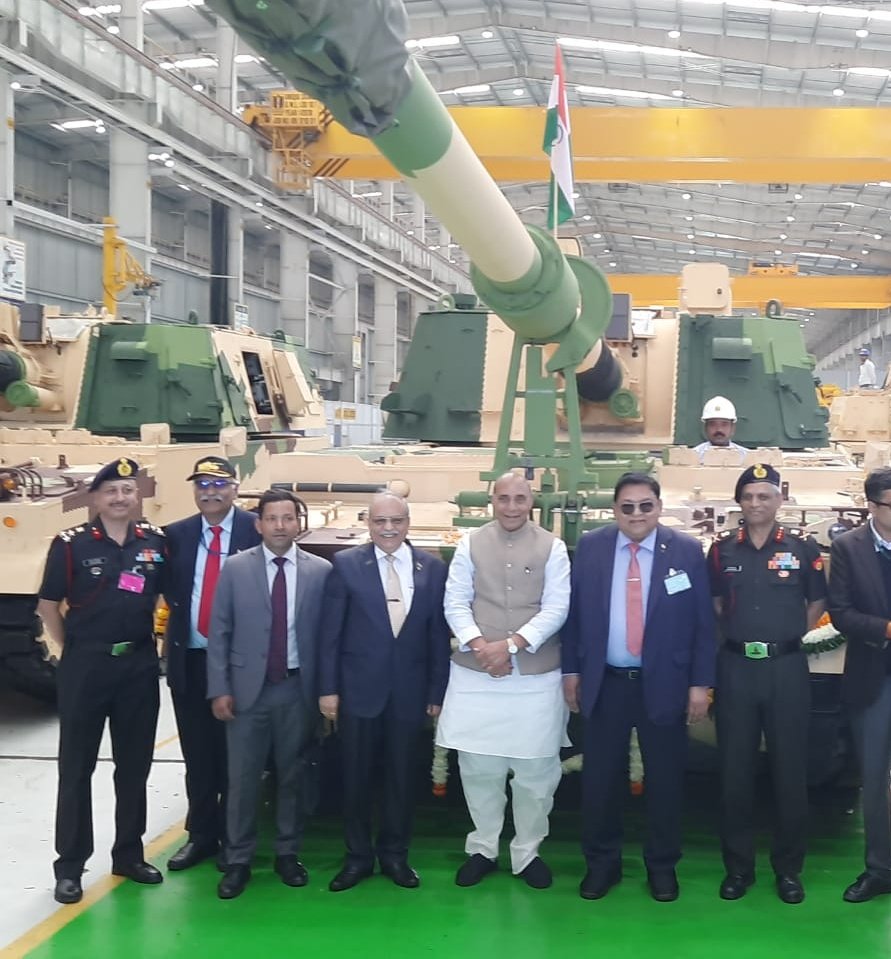 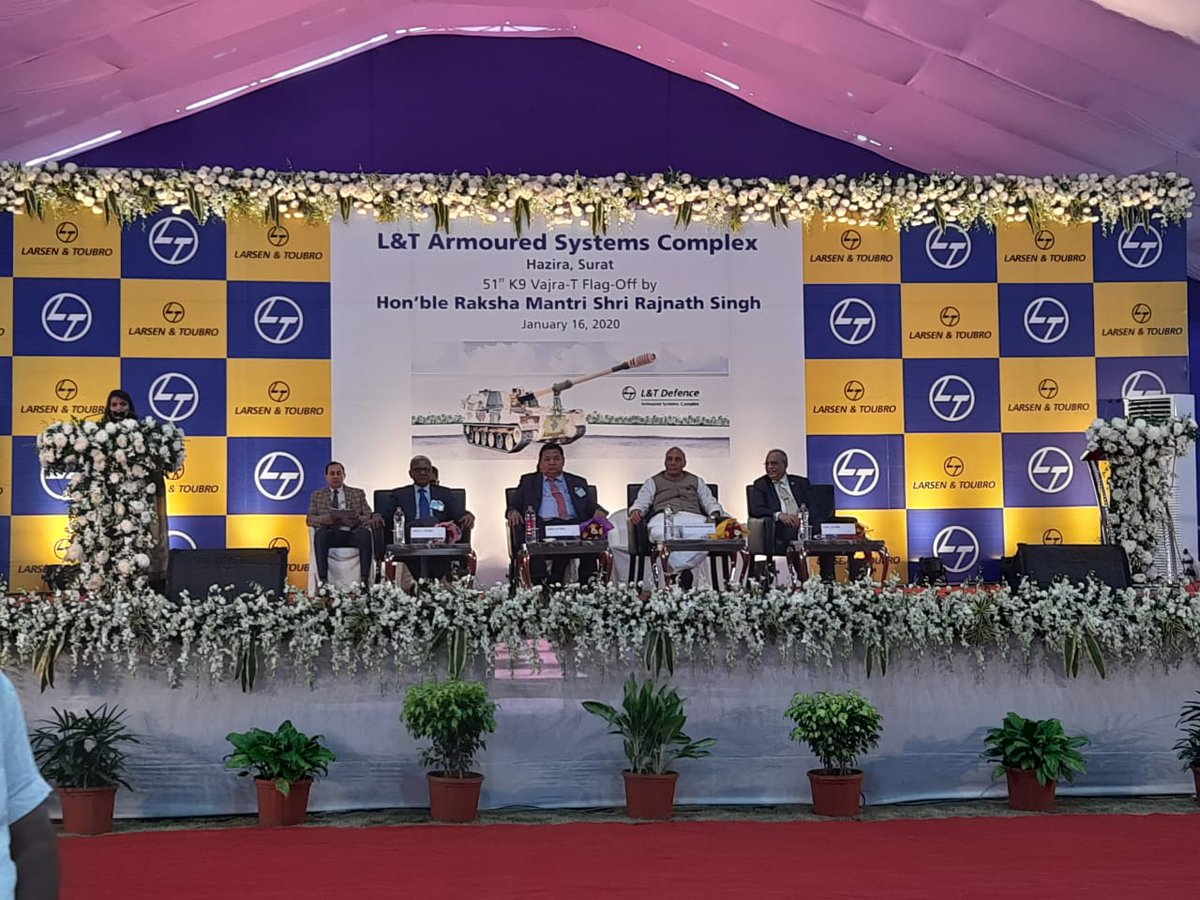 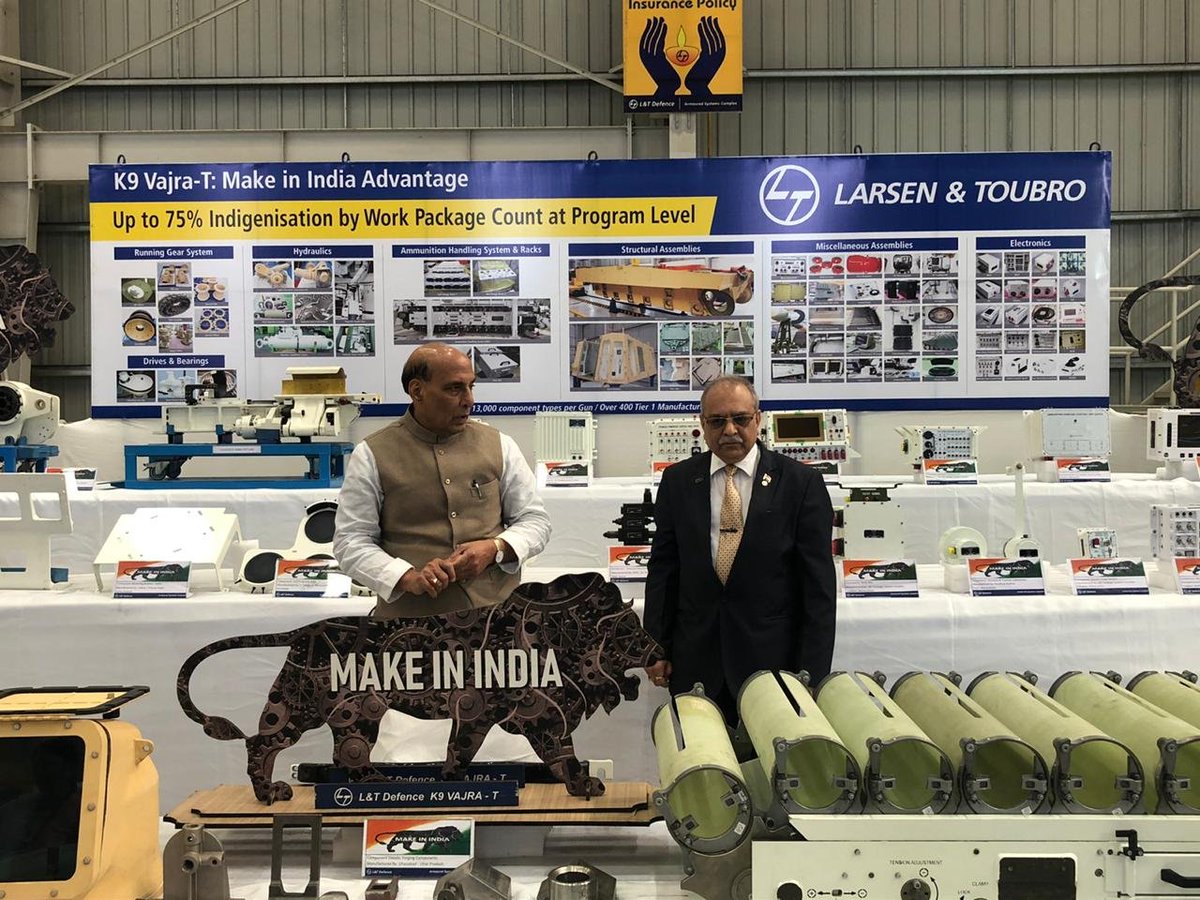 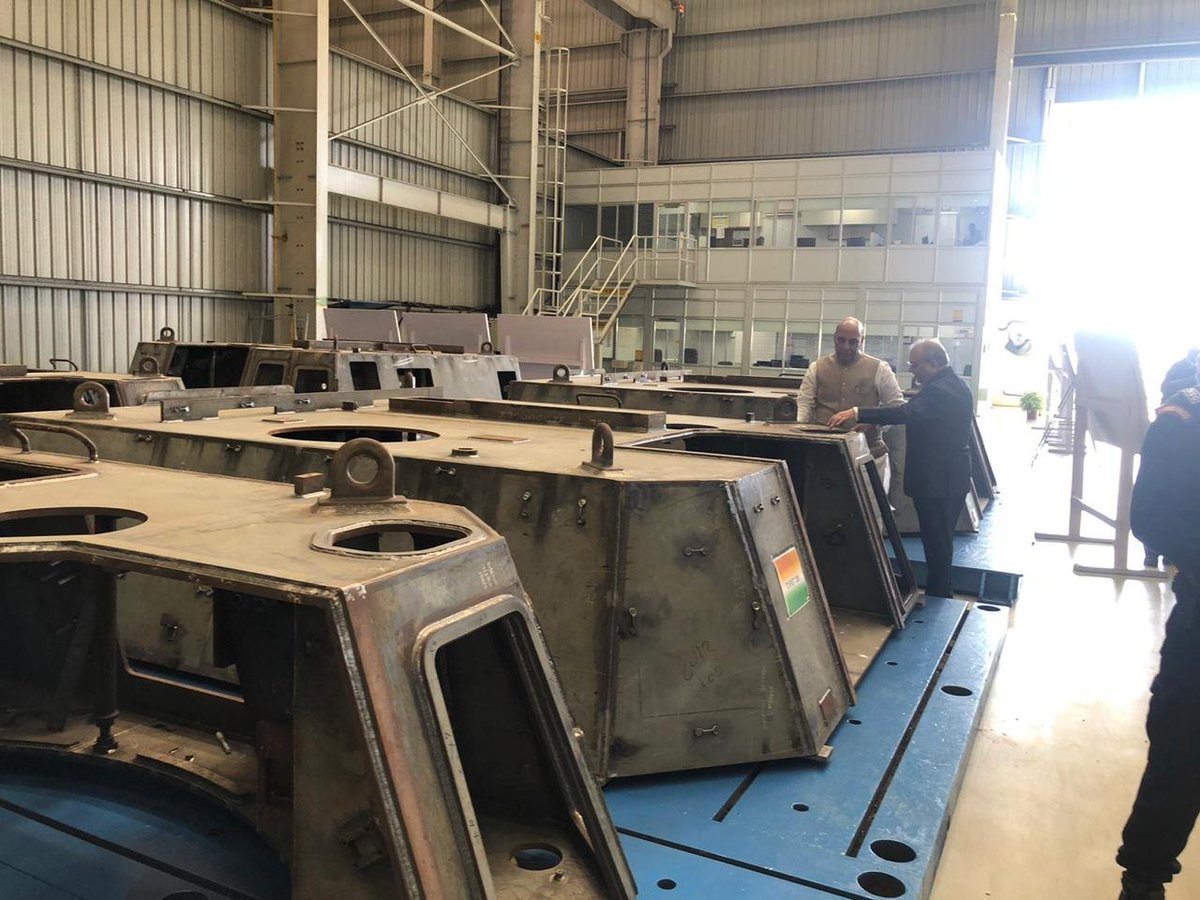 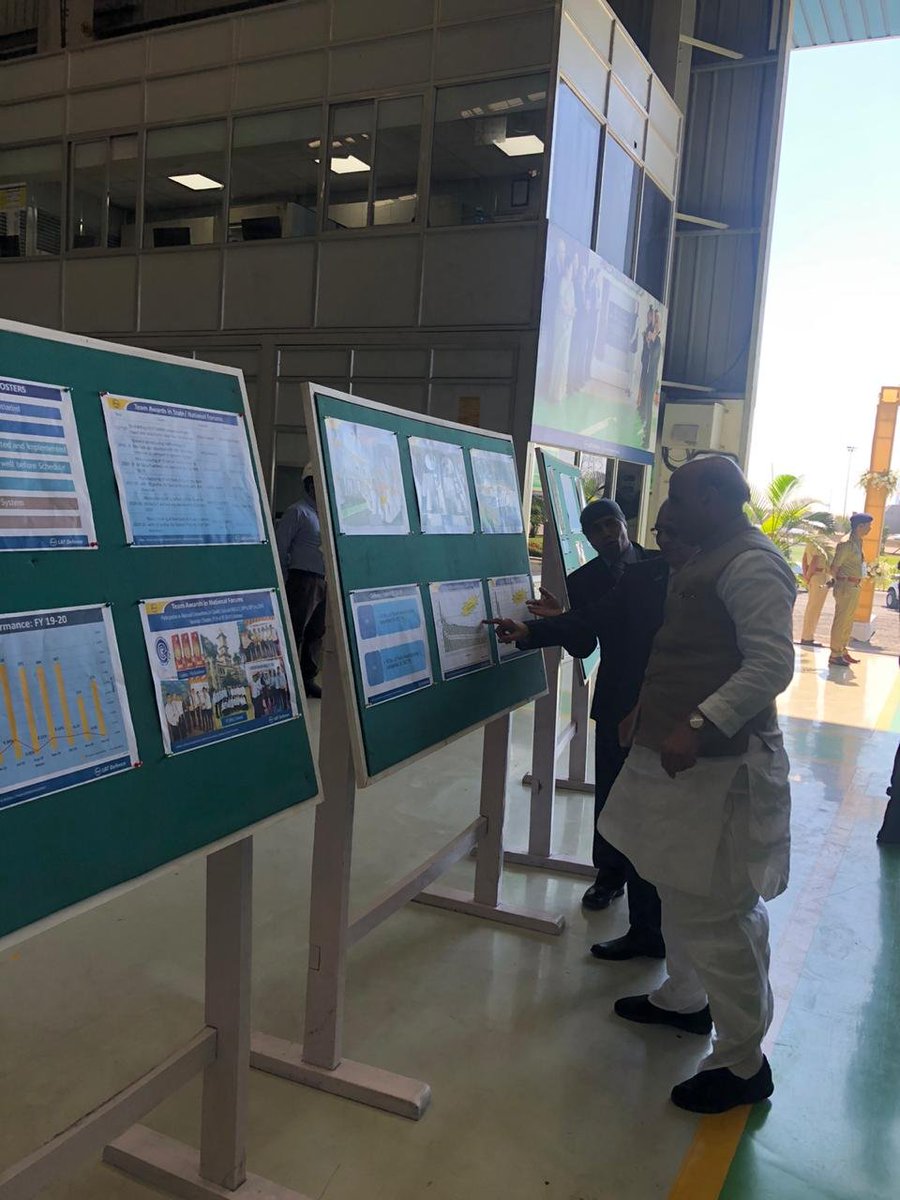 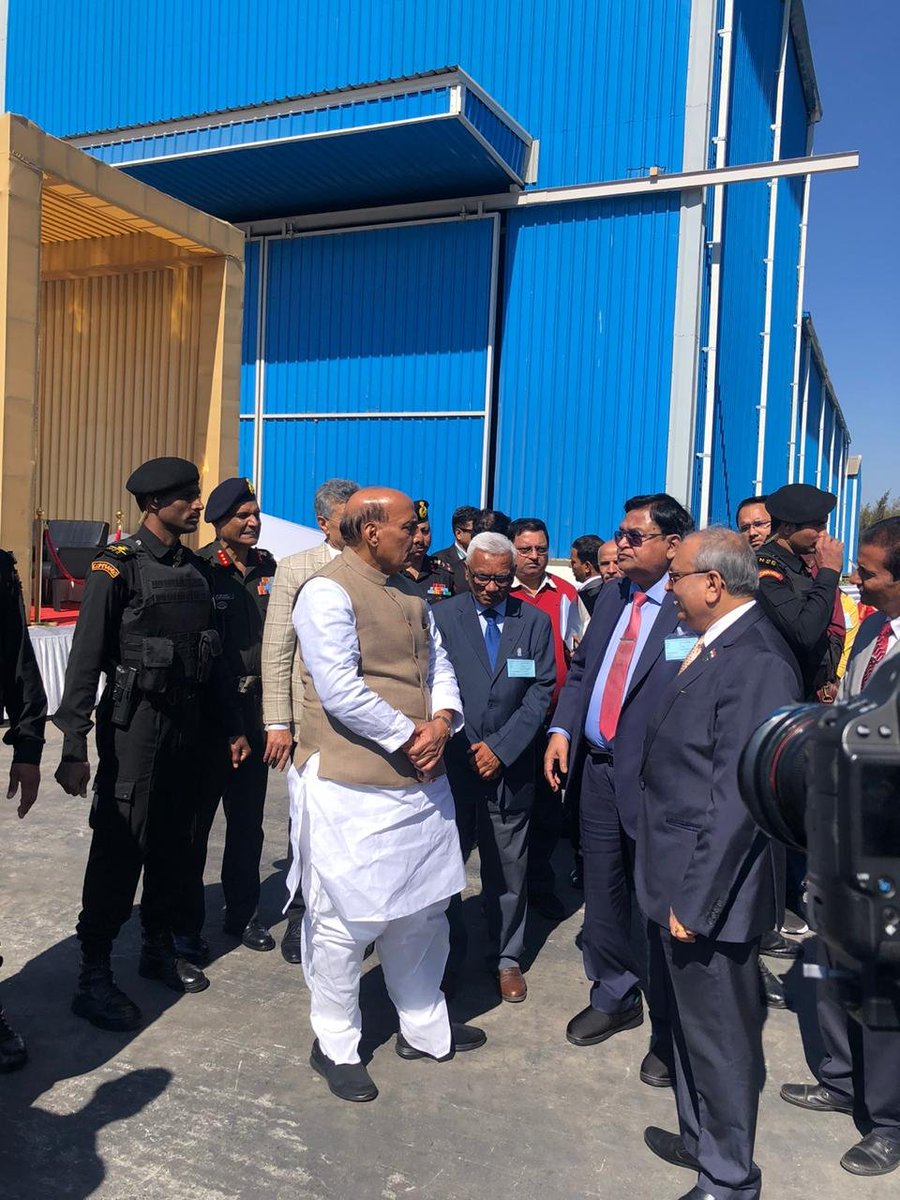 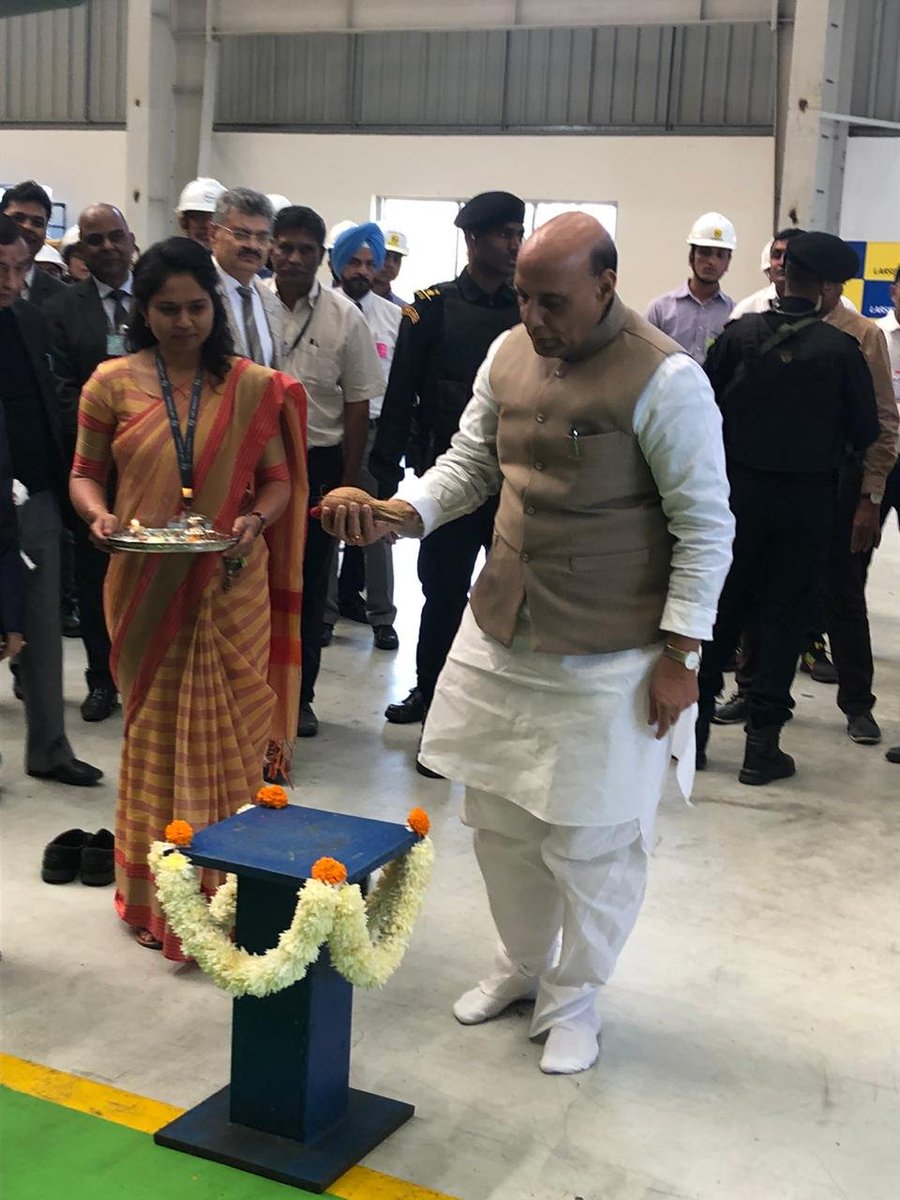 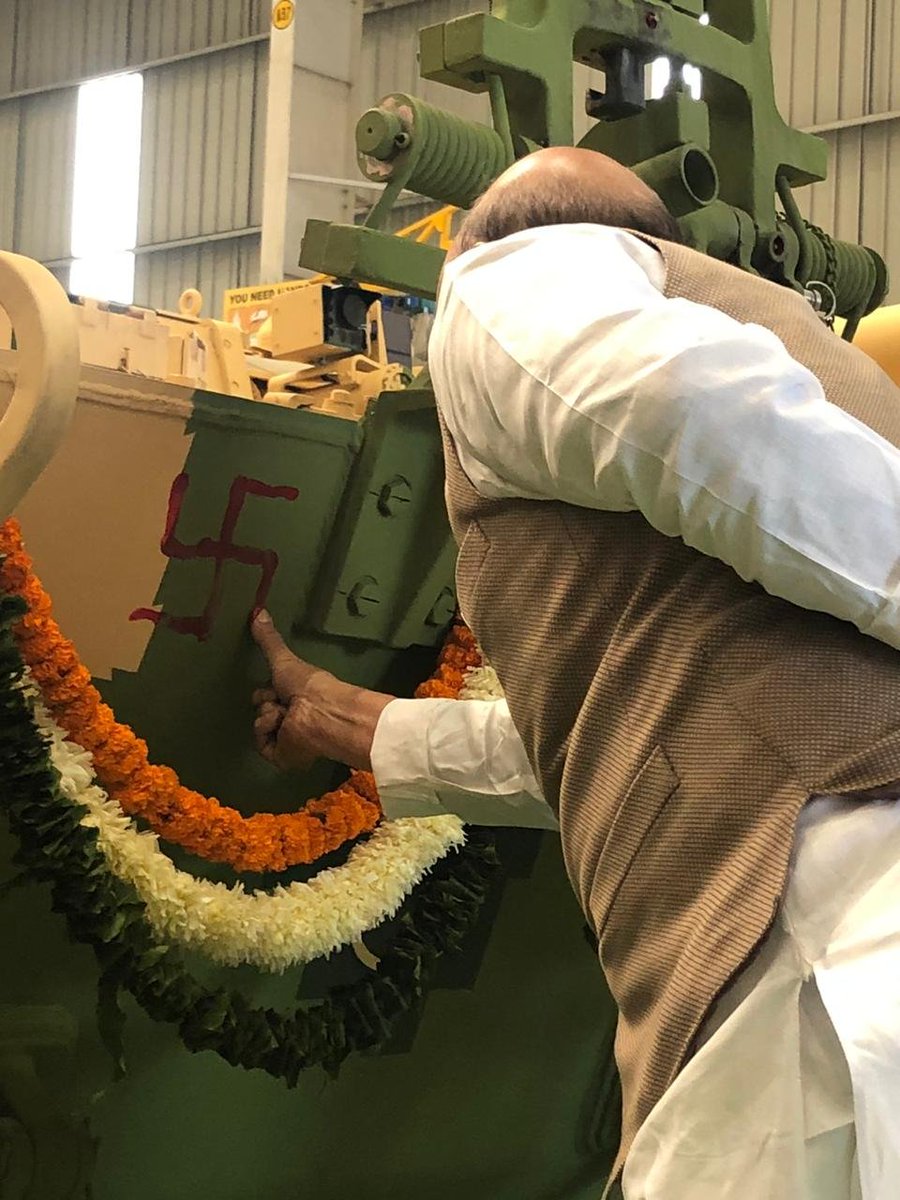 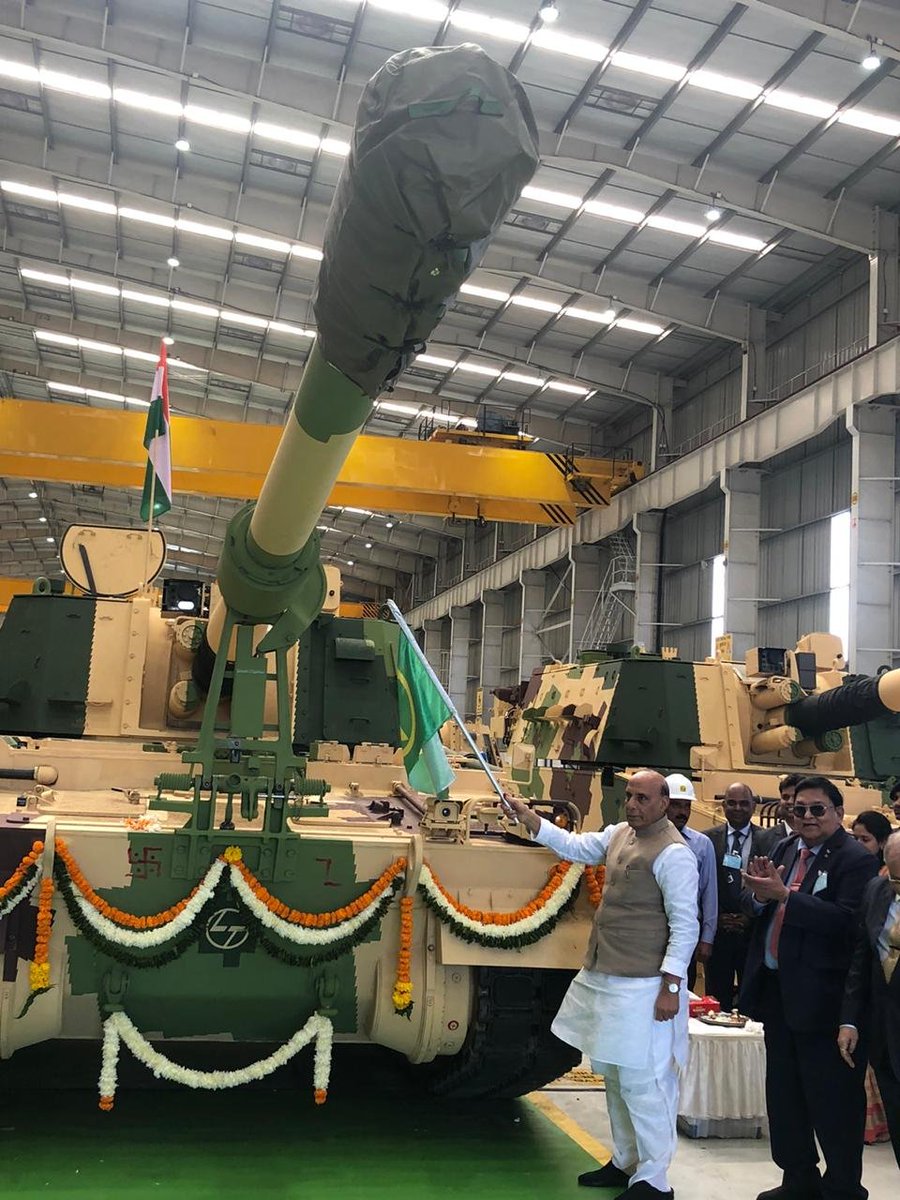 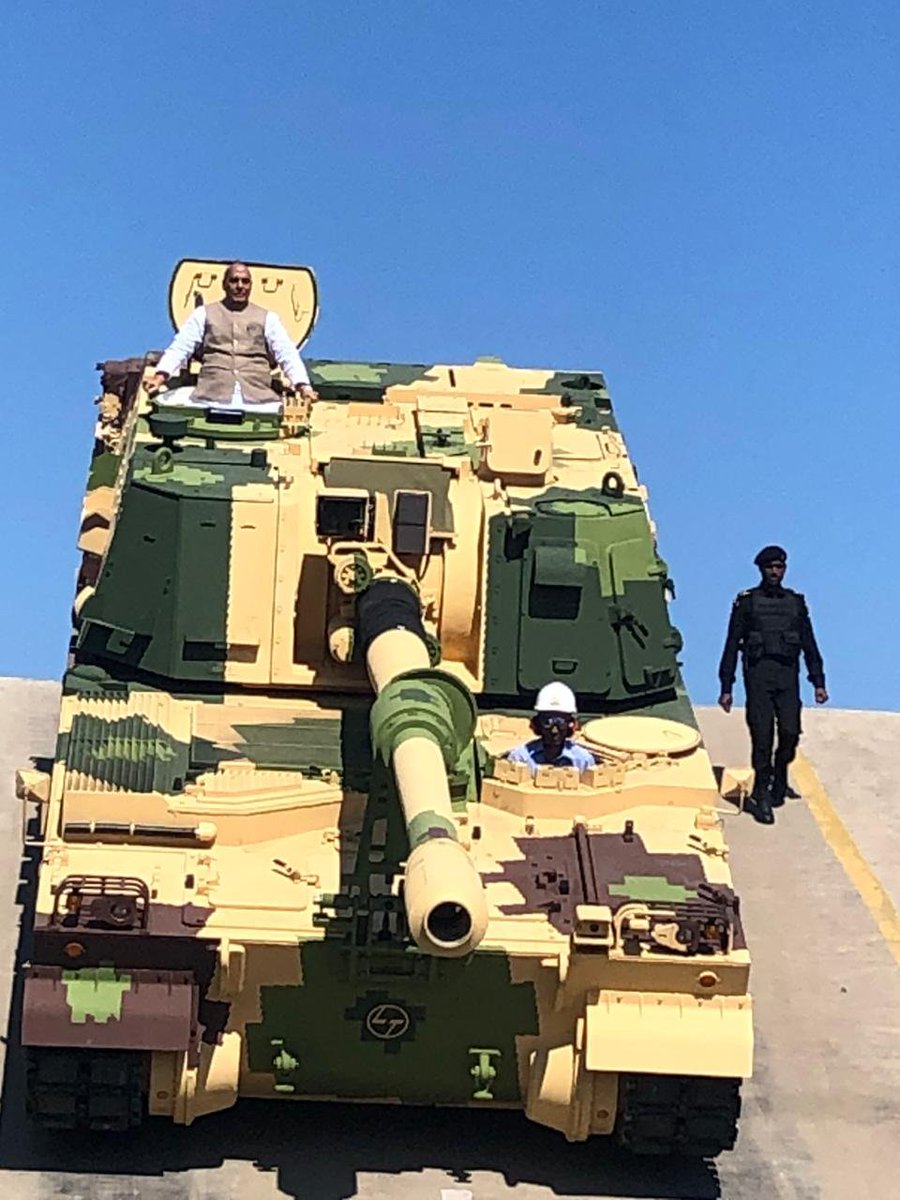 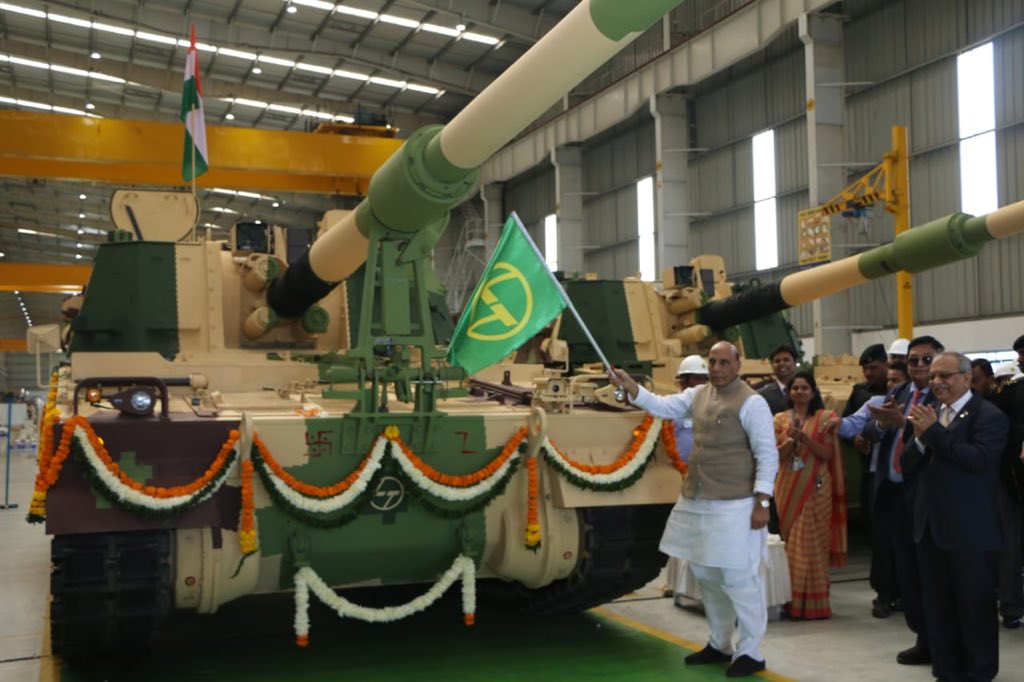 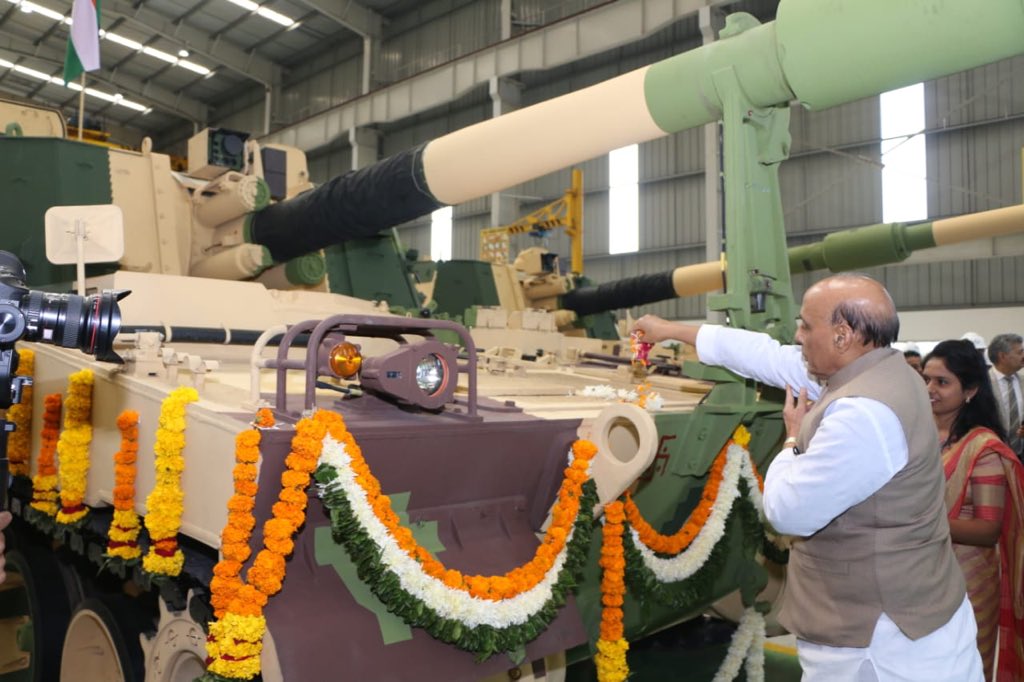 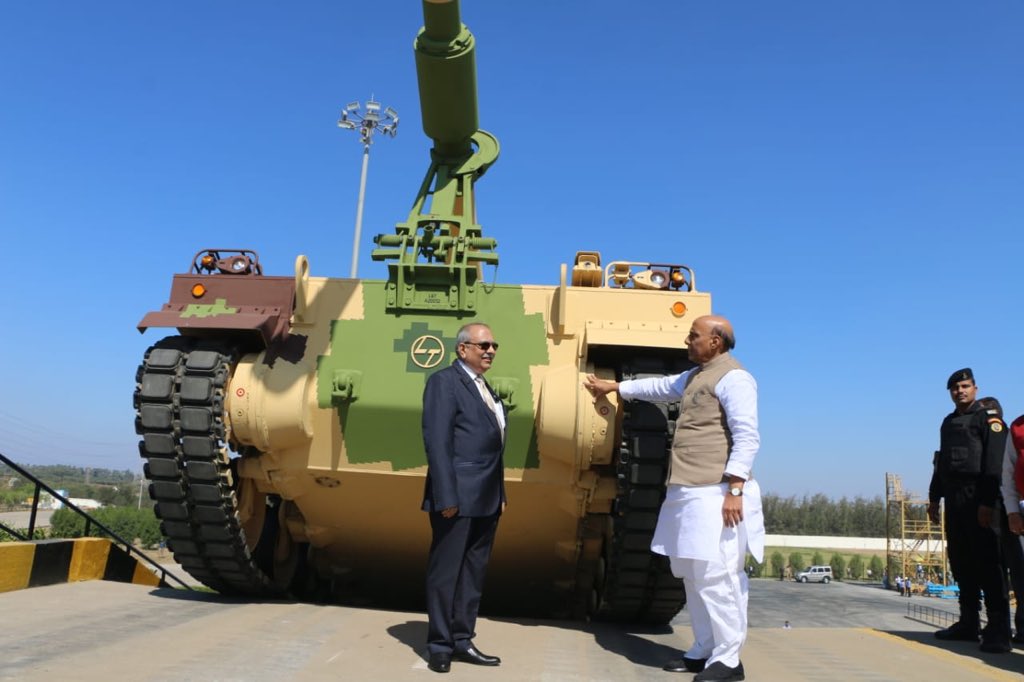