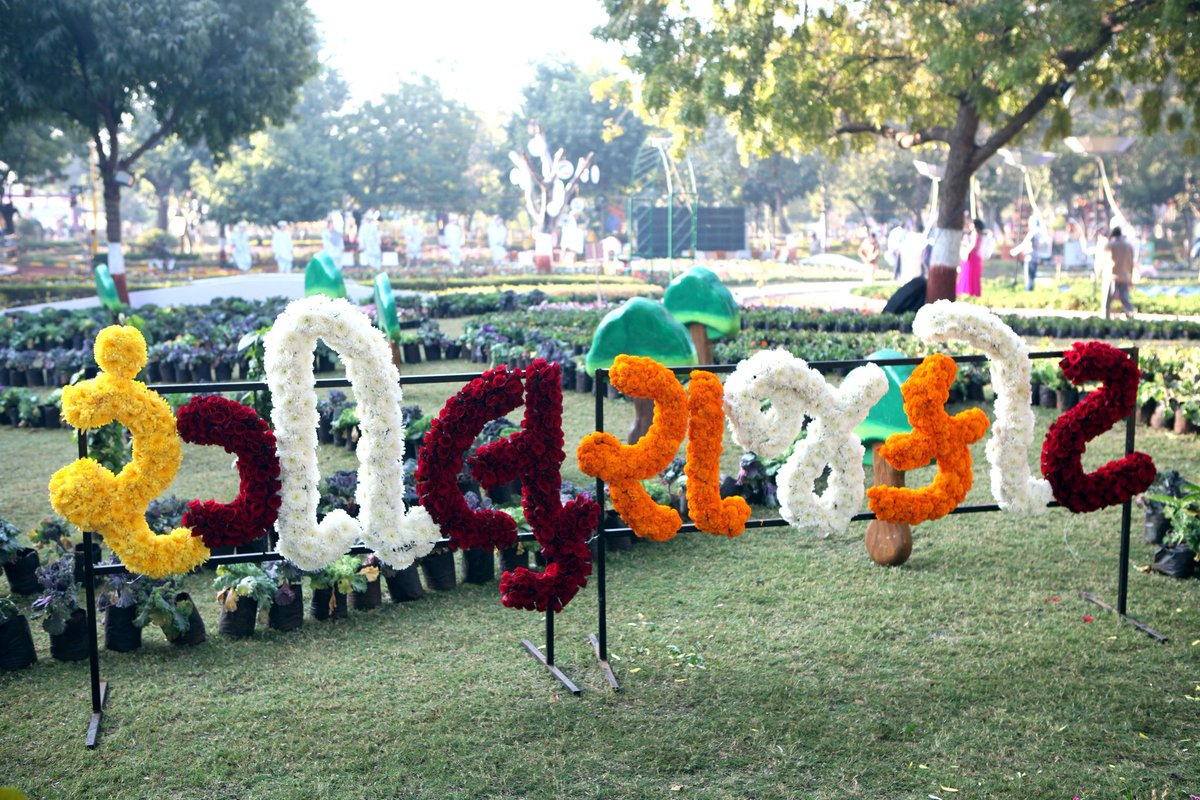 Rajkot: Gujarat Chief Minister Vijay Rupani today inaugurated a three-day Flower Show organised by the Rajkot Municipal Corporation at the Racecourse, as part of the state-level function of the 71st Republic Day being held this year at Rajkot.

He wet round the show to have a glimpse of a wide range of flowers and plants. The highlights of show artistically sculptured models in thematic forms made of flowers and plants like ‘Urban Forest’, ‘Best from Waste’ and ‘Save Girl Child’, various sports and games kits, antique car, bike, flying Lord Hanuman, Barbie dolls, and symbols of Mahatma Gandhi’s to mark his 150th birth anniversary yearlong celebration. 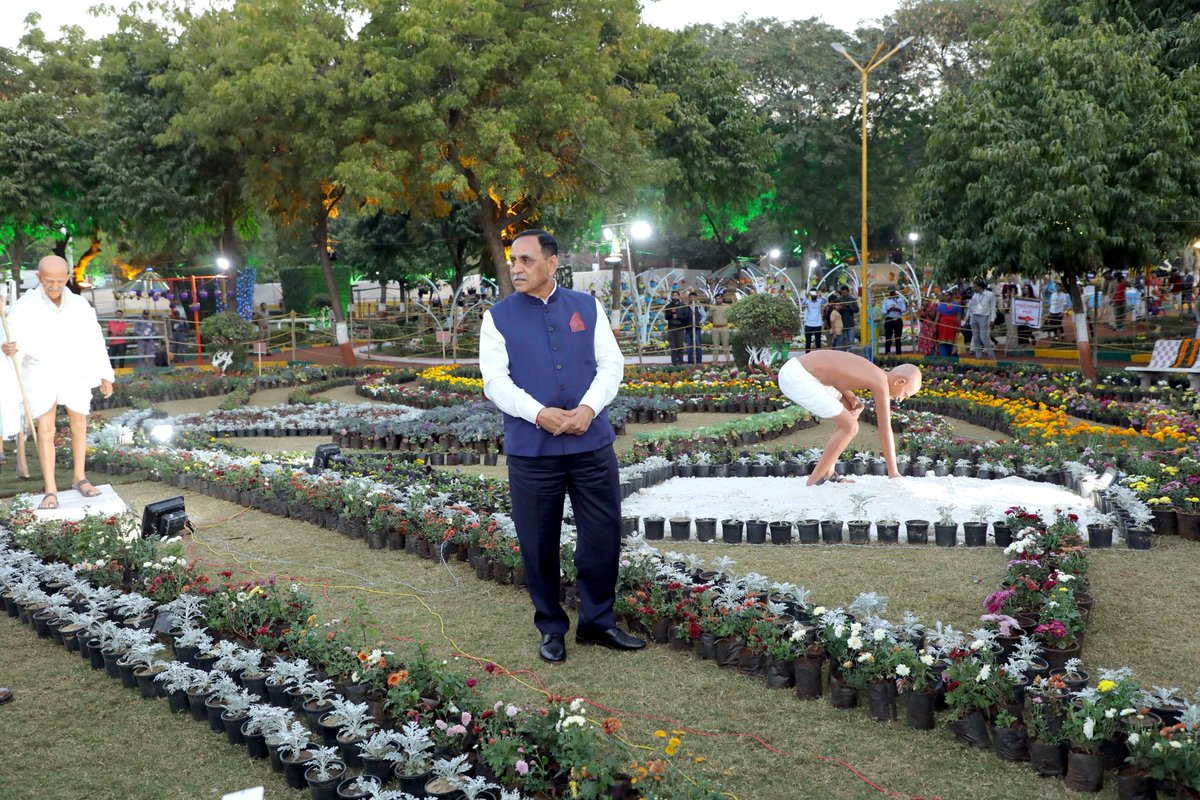 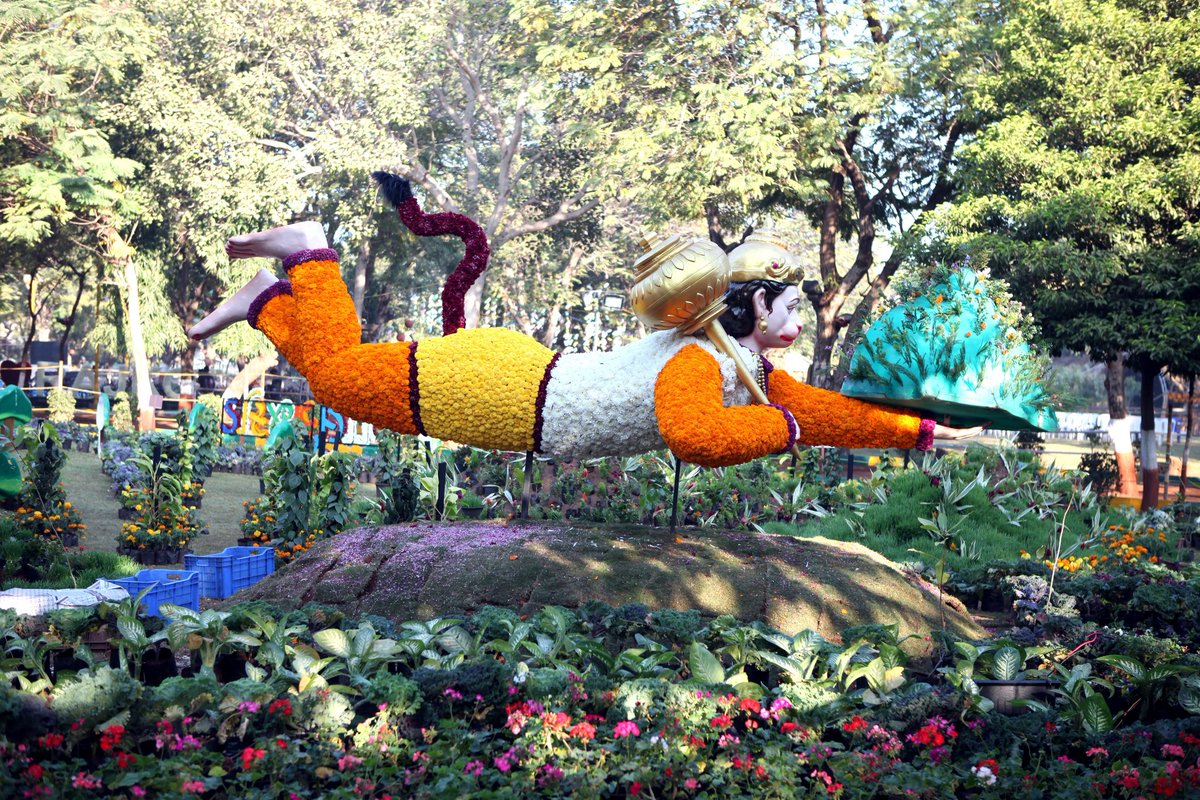 Rajkot: Gujarat Chief Minister Vijay Rupani today inaugurated a three-day Weapons Show-2020 organised by the Gujarat Police and Rajkot Police at the Chaudhry High School, as part of the state-level function of the 71st Republic Day being held this year at Rajkot.

He took keen interest in the exhibits and went round the stalls. The show will remain open for the public on January 25 and 26, 2020.

A wide range of arms and weapons used by BSF, CRPF, Rapid Action Force, Air Force such as AK-47, Rifles, LMG, Guns, Integrated Telescope, Sniper Gun, other advanced equipment, besides that seized from terrorists, have been displayed at the show.