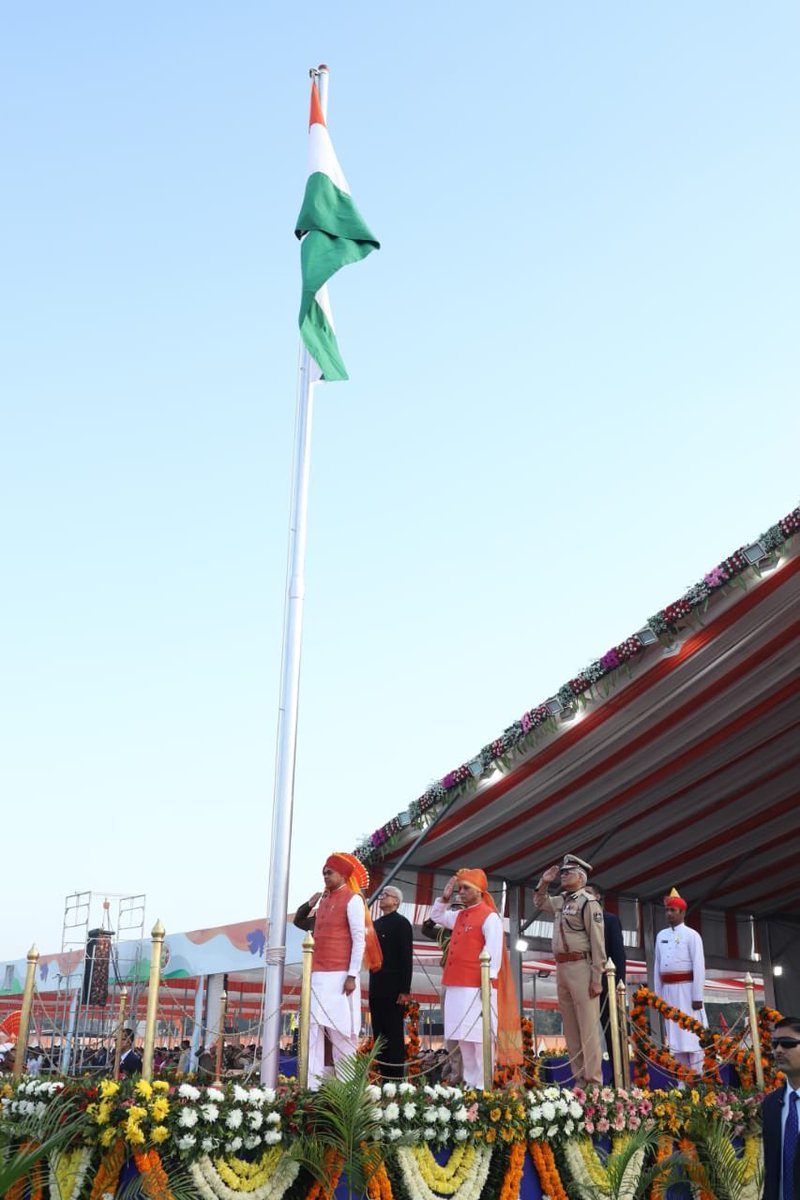 Rajkot: Gujarat Governor Acharya Devvrat today unfurled the National Flag with the Police Band playing the National Anthem at the state-level function of the 71st Republic Day in an atmosphere surcharged with patriotism in presence of thousands of people who had started to assemble at the Racecourse Ground at Rajkot early. Indian Airforce helicopter showered flowers from the sky adding myriad of colours to the spectacle.

The Governor and the Chief Minister Vijay Rupani saluted the Tricolour and took guard of honour in an open jeep.

The unique tradition of holding the state-level functions of the national festivals at different district headquarters by rotation was set by Prime Minister Narendra Modi when he was the Chief Minister of Gujarat.

The Police Force’s 922 jawans of 28 Platoon, led by Commandant Pravin Kumar, IPS, presented an impressive March Past, Dogs Squad, men and women bikers presented daring motorcycle stunts, to the cheers of the public.

The Chief Minister felicitated and greeted freedom fighters on the occasion of Republic Day. He went past the people in an open jeep to accept their greetings.

Platoon No. 6 of SRP Men and Platoon No. 2 stood first, Platoon No. 16 of All Gujarat Mahila Police stood second, Platoon No. 22 stood third. The NSS (Education)was presented the Running Trophy by the Governor.

The District Industries Centre’s tableau was adjudged the best, Sports Youth and Cultural Activities the second best and that of Agricultural & Horticulture’ Natural Farming the third best. 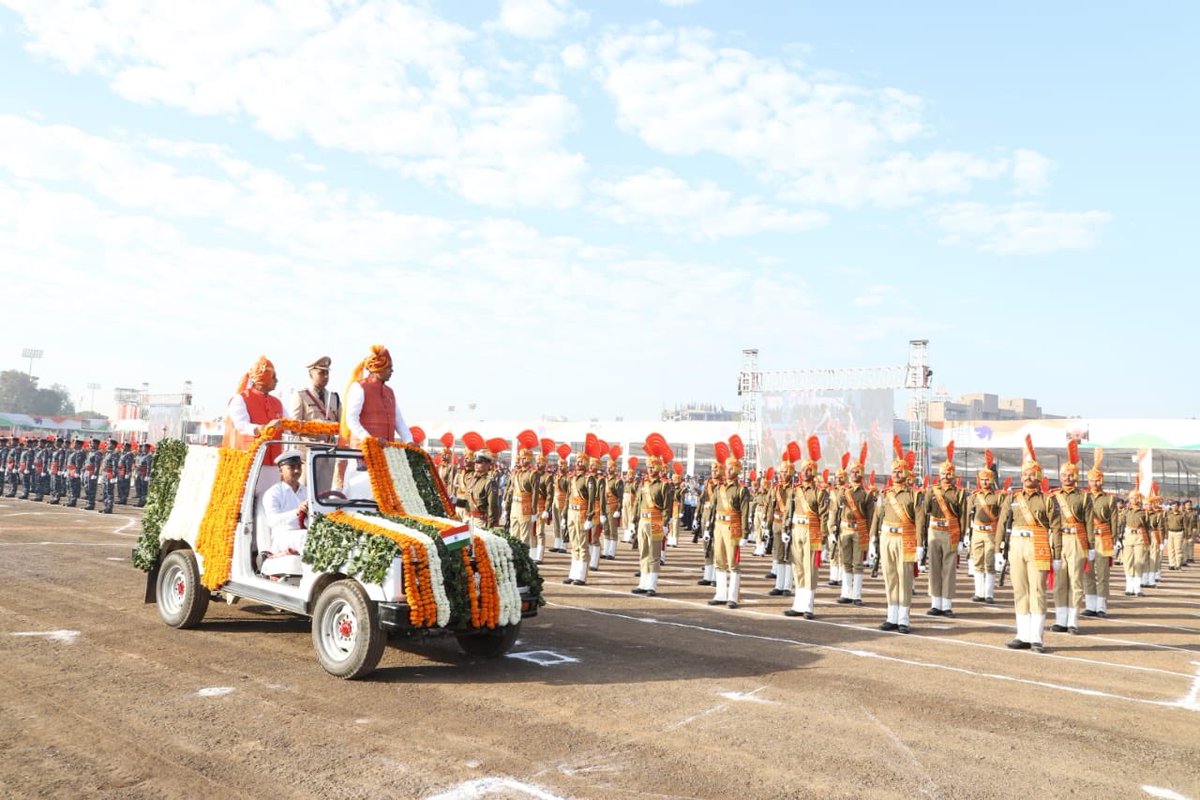 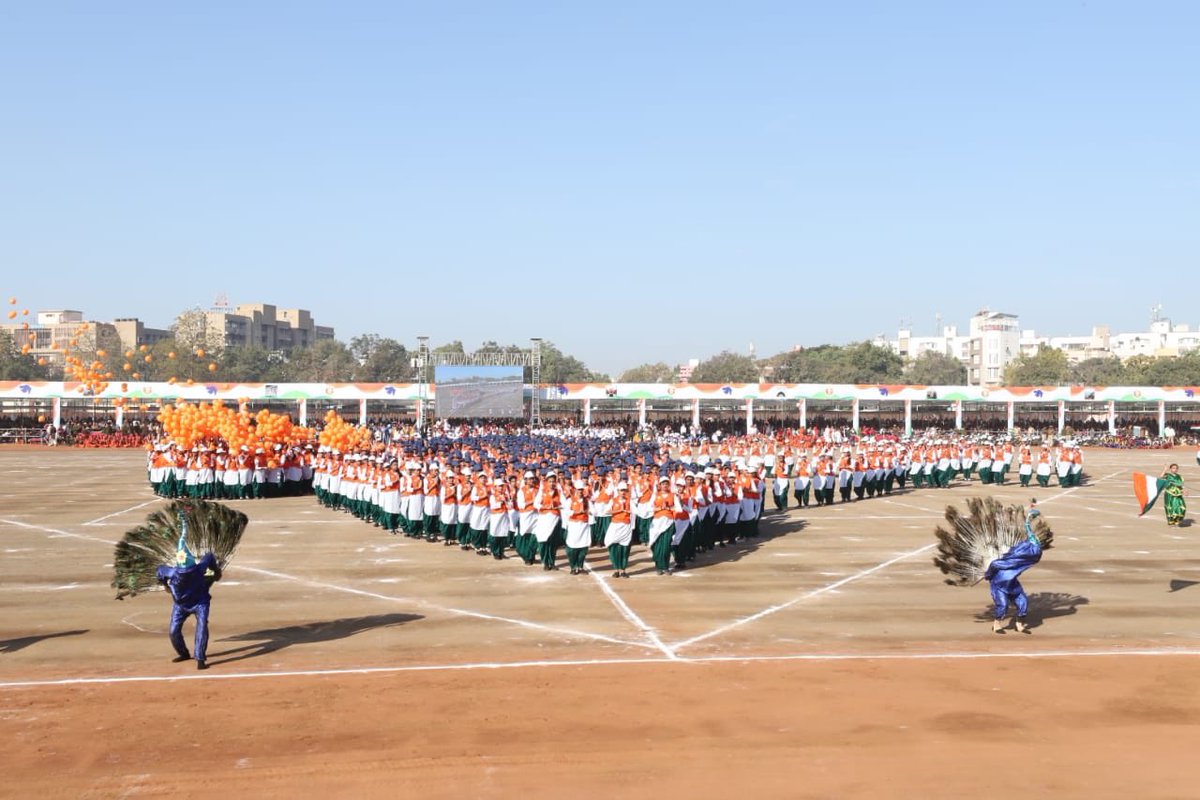 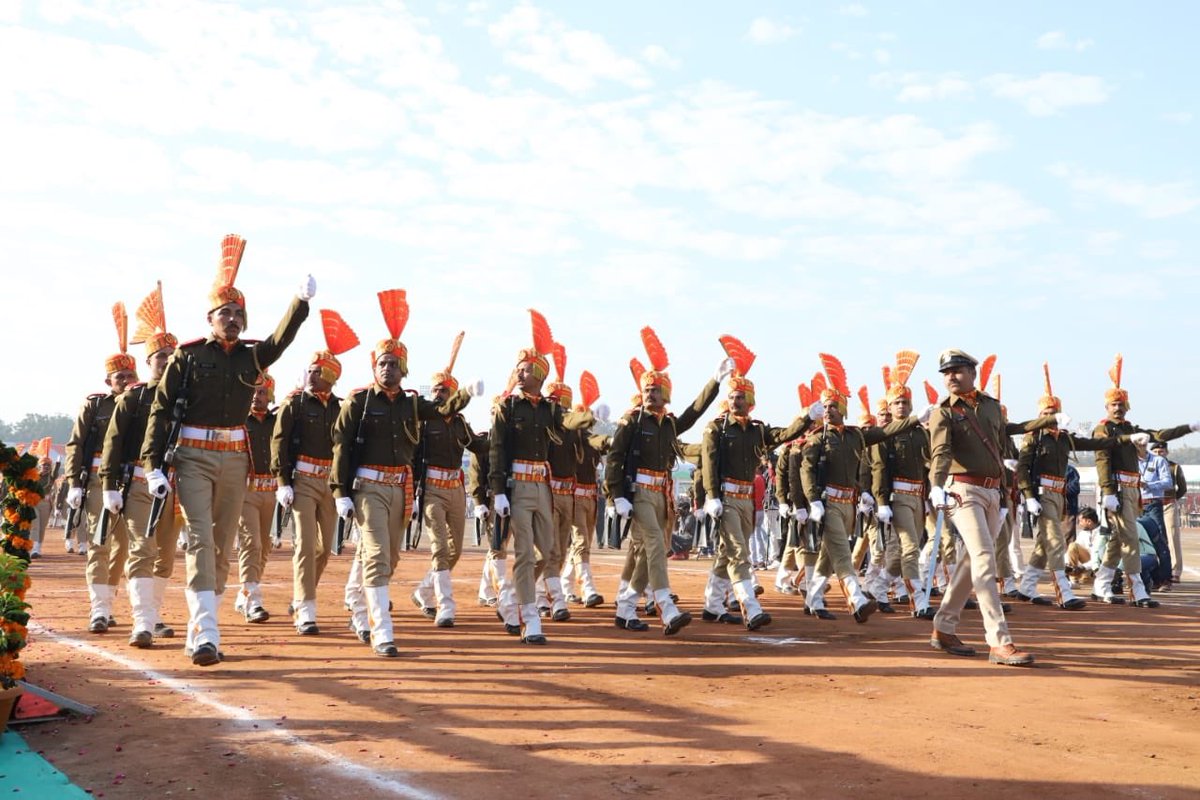 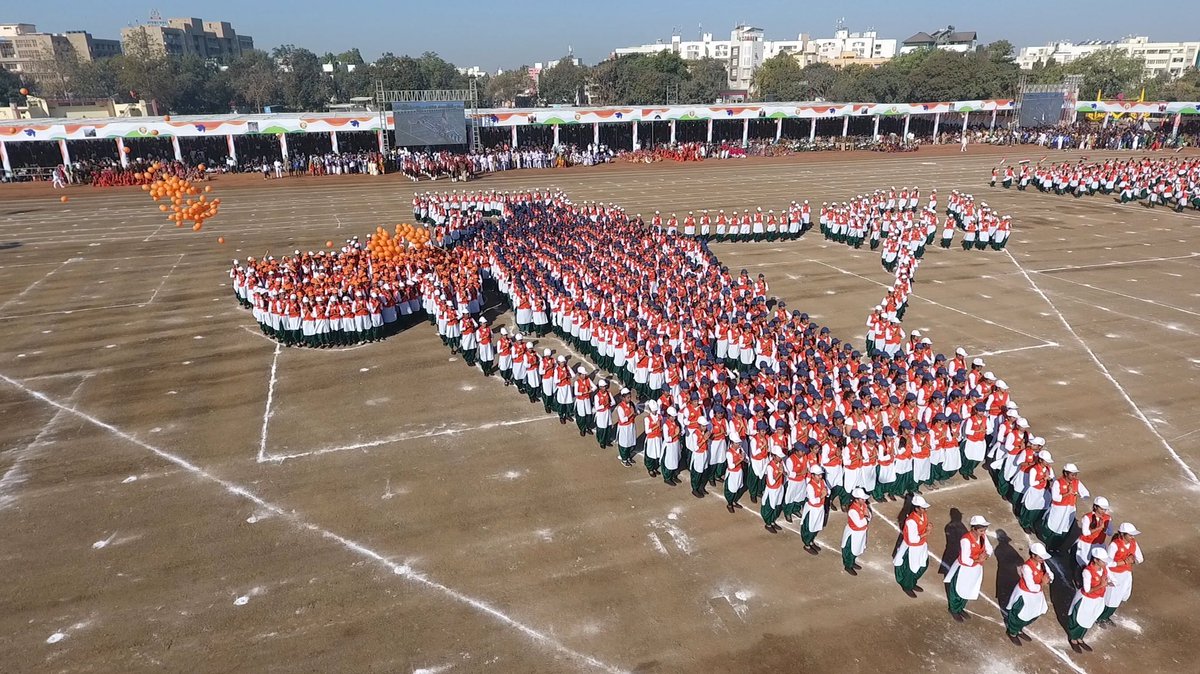 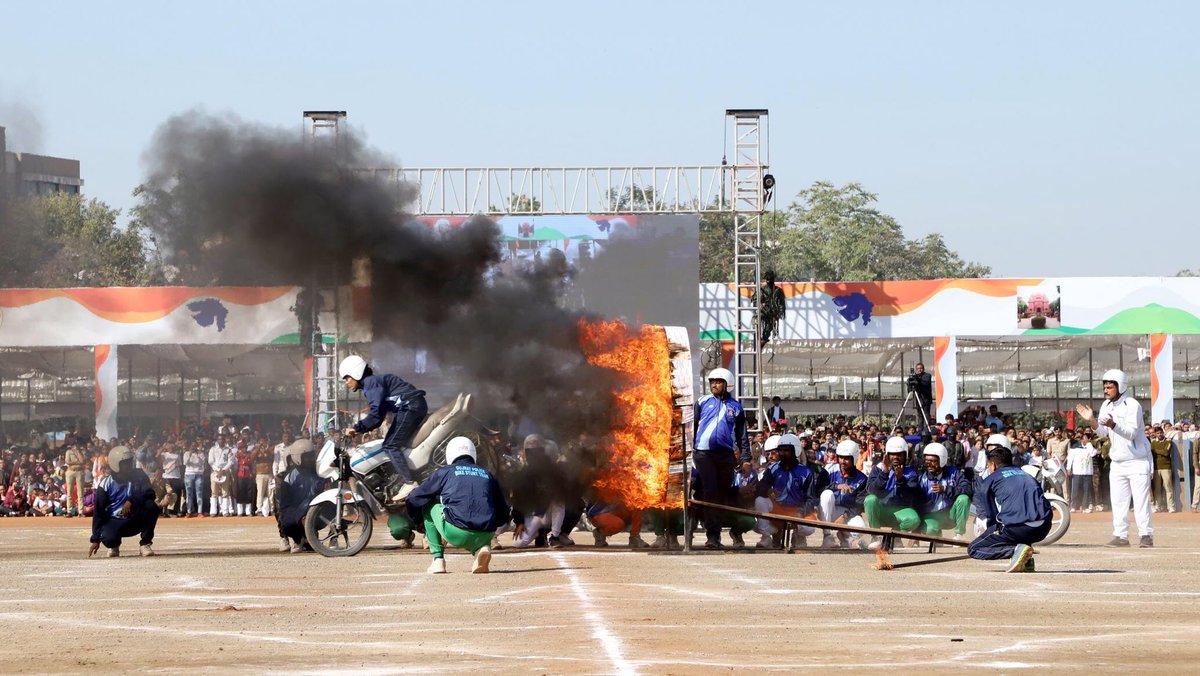 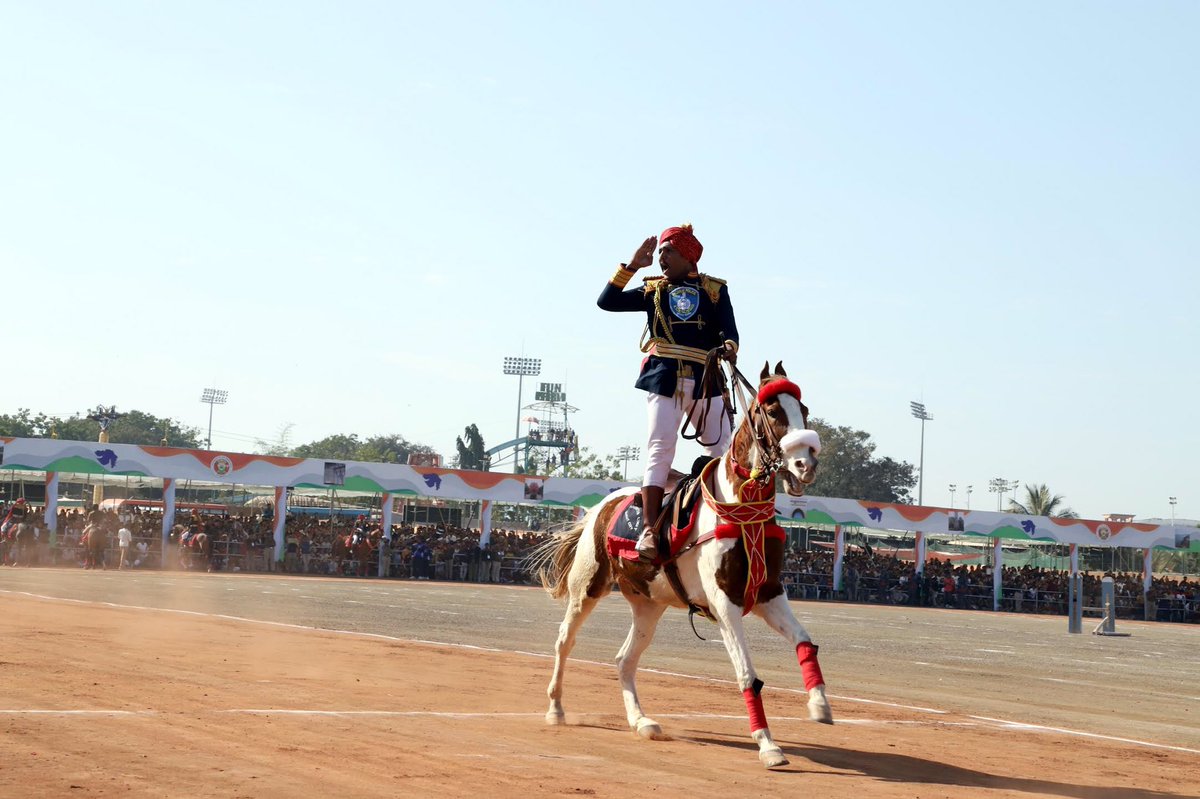 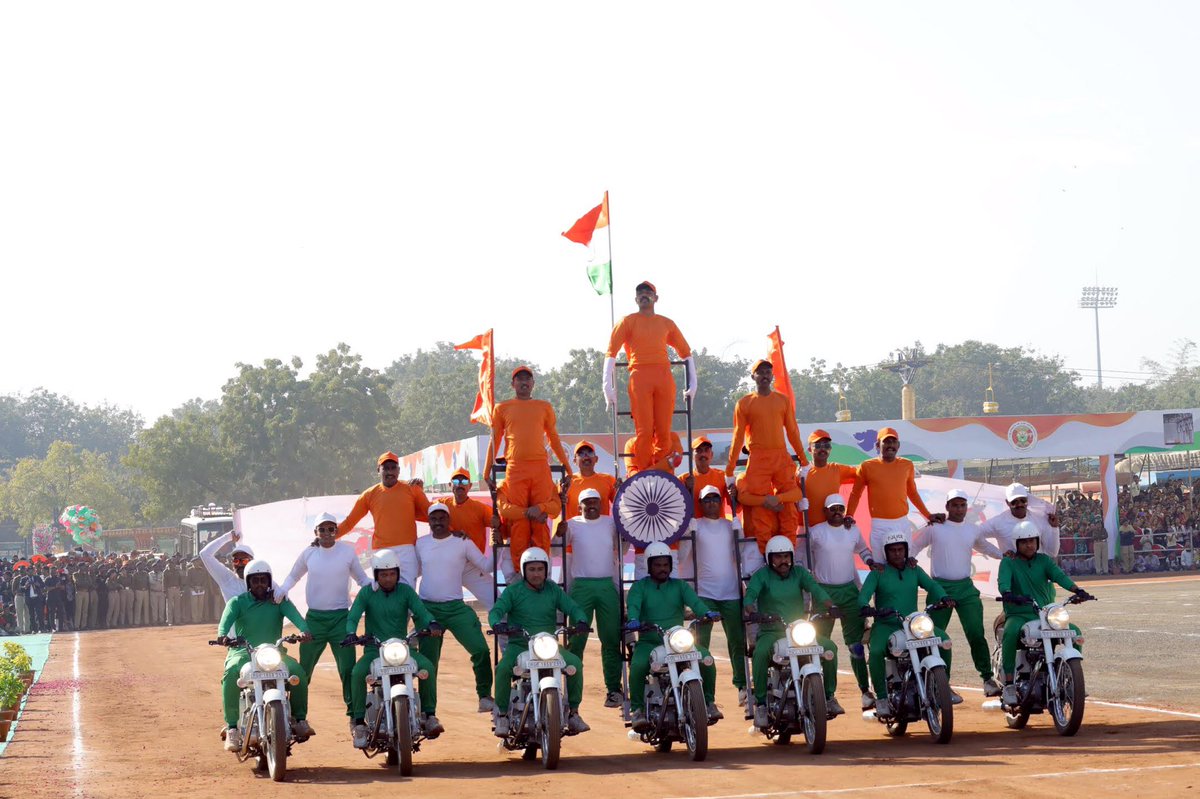 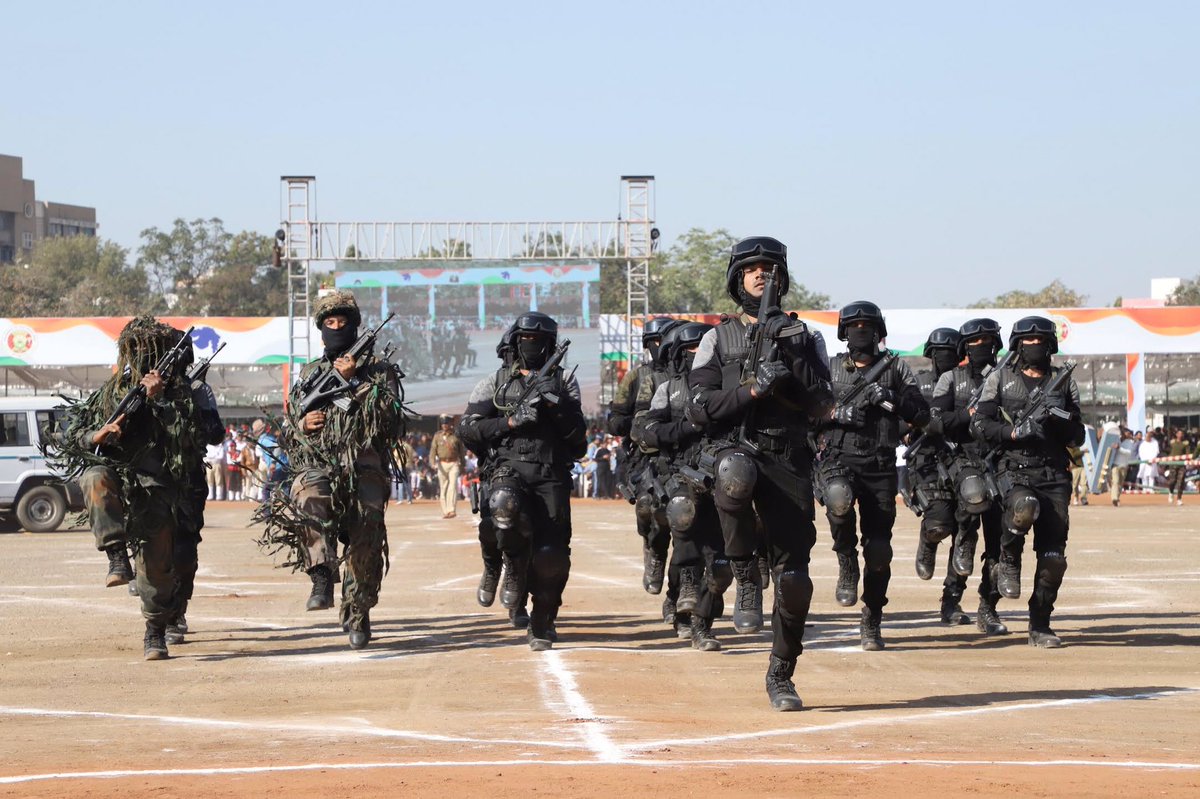 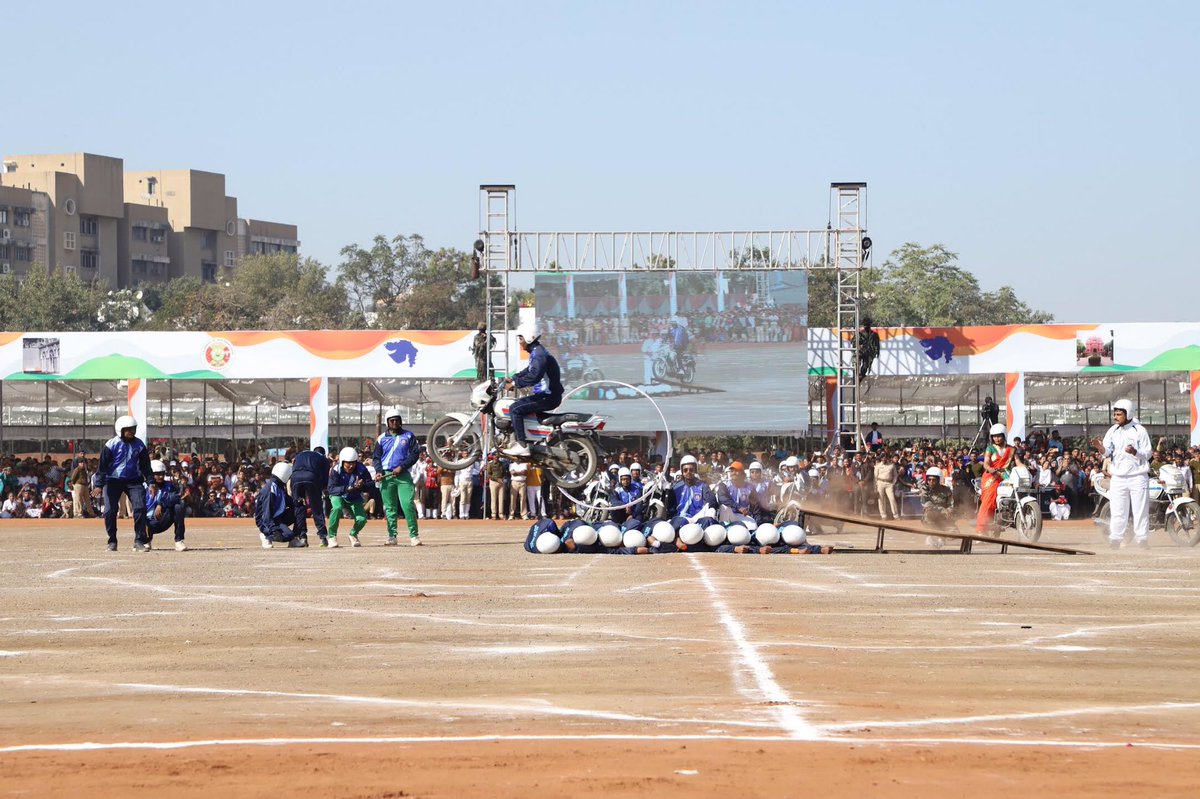 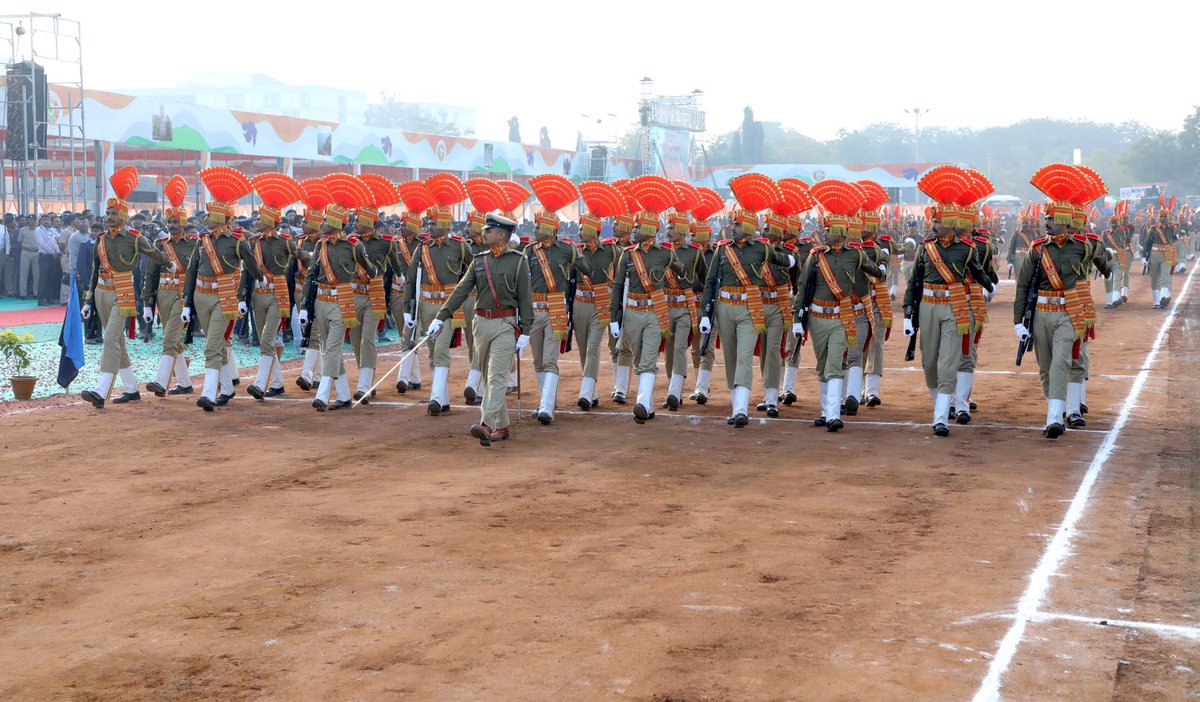