Govt of India signs historic accord with Bodo groups 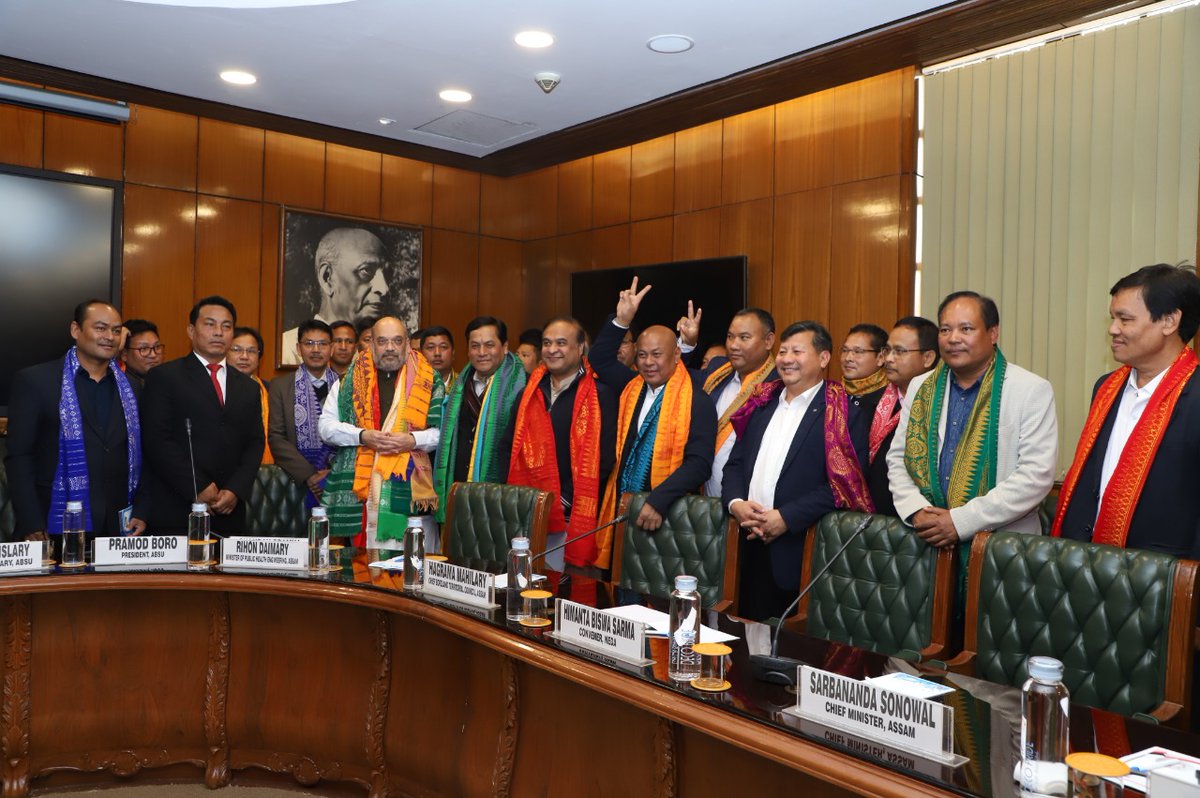 New Delhi: Following the directions of Prime Minister Shri Narendra Modi, the Government of India has signed a historic agreement with the various Bodo groups, which have been demanding a separate state of Bodoland. The demand for a separate Bodoland is more than 50 years old and has resulted in extensive violence and loss of hundreds of lives over the years. The NDA government under the leadership of the Prime Minister has been trying to find a permanent solution to the Bodo issue ever since it came into power. The 2020 agreement is the culmination of extensive negotiations and discussions held by the government.

The 2020 agreement is a landmark one as it brings together the various stakeholders in the Bodoland movement, including both the armed groups and civil society groups. It is expected that the agreement will pave the path for a peaceful and a permanent solution to the decades old issue.

The agreement will bring the armed resistance groups like NDFB- Progressive, NDFB – Ranjan Daimary, NDFB- Saoraigwra and more than 1500 of its armed fighters to the mainstream. A package of Rs. 1500 crore over three years will be earmarked for the development of the Bodo region.

The agreement will greatly improve the areas and powers of Bodoland Territorial Council (BTC), along with the protection of social, cultural and linguistic identities of Bodo community. Central Government will also provide more legislative, executive, administrative and financial powers to BTC, with in respect of additional subjects such as rural electrification, non-conventional energy sources, solar energy, renewable energy and mini-hydel projects.

The agreement will also cover the complete rehabilitation of the NDFB cadres as well as ensure the protection of land rights of tribals in the region. A commission will be appointed under Article 14 of the Sixth Schedule of the Constitution, with representatives from State government, ABSU and Bodoland Territorial Council, to look into issues related to population and area within Bodoland Territorial Area Districts (BTAD).

In addition, a Bodo Kachari Welfare Council will be formed to look after the concerns of Bodos’ living outside BTAD. The Assam government will notify Bodo language as the associate official language in the state and will set up a separate directorate for Bodo medium schools. A separate DIG post will also be created for BTAD region. Compensation of 5 lakh rupees will be provided to those who were killed during the Bodoland movement.

The 1993 and 2003 Bodo agreements were not able to find a lasting solution to the Bodoland issue. The agreement made in 1993, had created the Bodoland Autonomous Council, but was not able to stop the violence initiated by various Bodo militant groups.