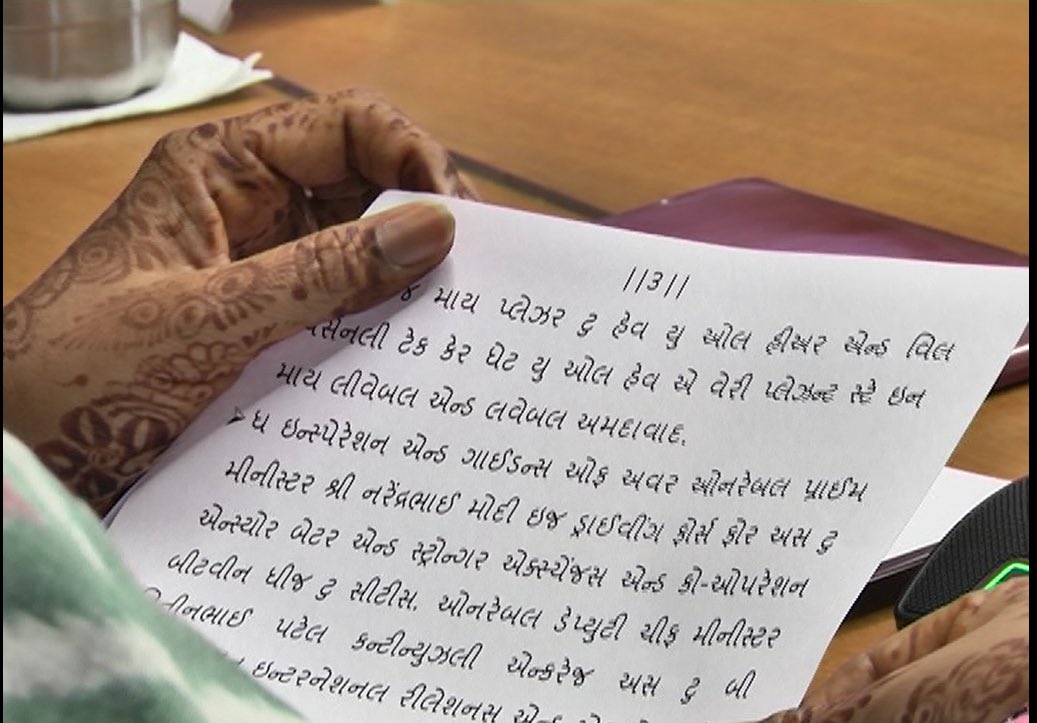 Ahmedabad: A photograph of city Mayor Bijal Patel with Gujarati script on paper to read out English speech has gone viral on social media. The photograph is from an Indo-Japan function at Ahmedabad Management Association held last week in presence of Japan’s ambassador to India and Gujarat Dy CM Nitin Patel. Though Mayor Bijal Patel’s face is not visible in this photo, she can be identified by her dress and mahendi in her hand. Gujarati script for English speech is faulty though, as instead of ‘z’ it mentions ‘j’ at number of places.