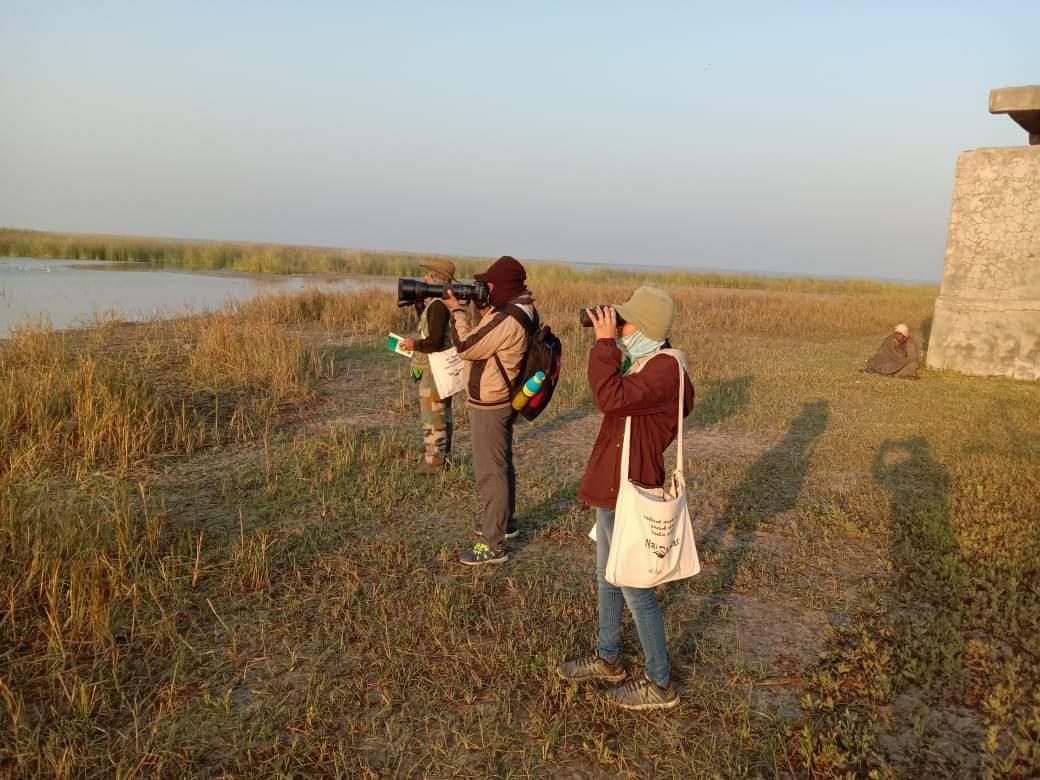 The census process was carried out during 8-9 February across 40 zones in Nal Sarovar and 8 zones in Thol bird sanctuaries, involving 150 persons including forest department staffers and bird lovers/experts from all over the State.

Forest department statement further said that electronic equipment have been attached to 6 flamingos in Great Rann of Kutch by Wildlife Institute of India’s scientists in order to register daily movements of flamingo birds. Bombay Natural History Society, set up by late bird expert Salim Ali has started bird ringing to record the movements of birds.

Nal Sarovar sanctuary has been declared Ramsar site in year 2012. The title is given to wetlands of global importance.