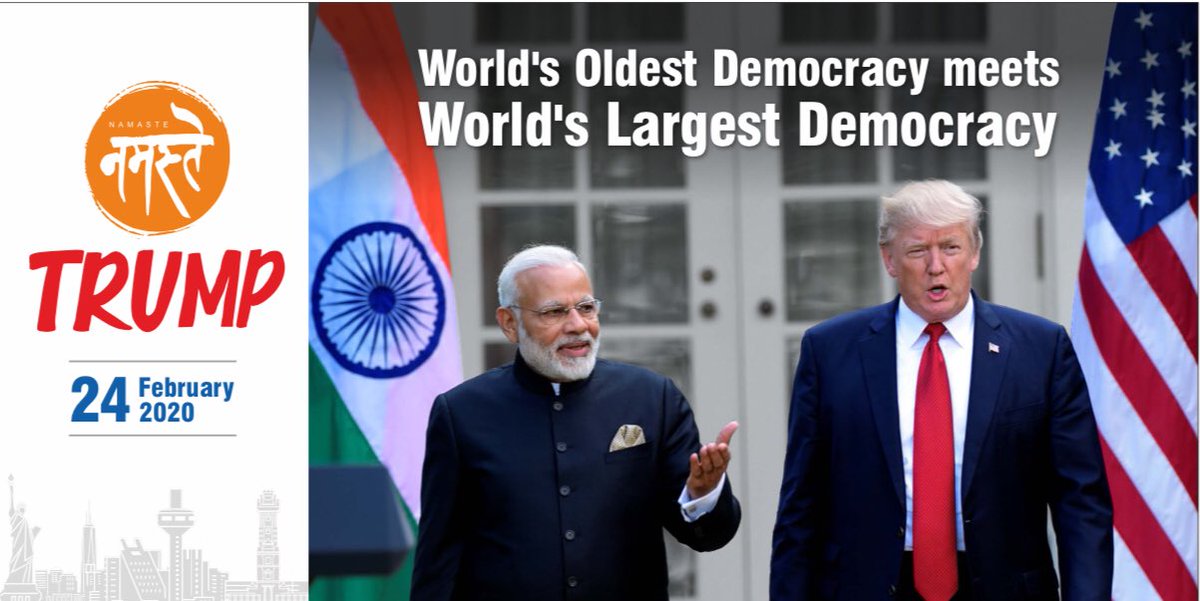 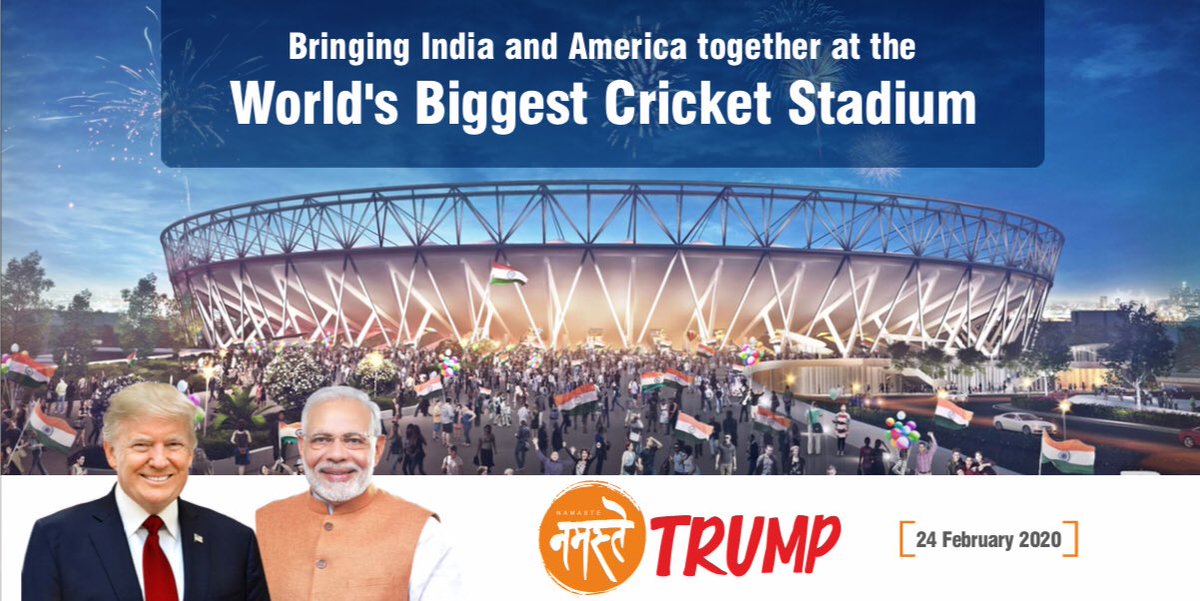 President Donald Trump will be arriving on his first India visit at Sardar Patel international airport in Ahmedabad in the afternoon on February 24. He is going to visit Sabarmati Gandhi Ashram and reconstructed Sardar Patel Motera Cricket Stadium during his a few hours long visit to city. President Trump will be received at the airport by Prime Minister Narendra Modi. Trump and Modi will be received by thousands of citizens en route to Sabarmati Gandhi Ashram and Motera stadium Various cultural performances will be performed on the stages set on the both sides of the road. As many as 1.20 lakh people are likely to remain present in the function scheduled to take place at Motera stadium.