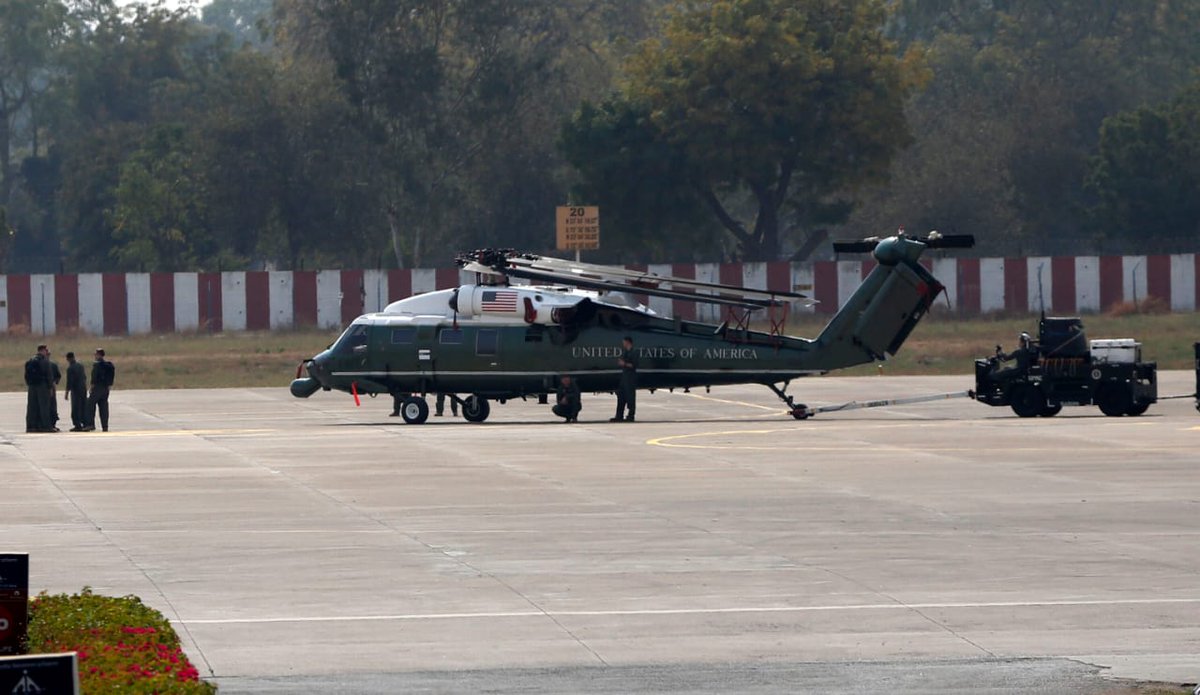 Ahmedabad: The second aircraft of the United States Air Force arrived today at SVPI airport in Gujarat today. While the earlier aircraft had brought Cars and equipment to be used for President Donald Trump’s motorcade during his a few hours long visit to Gujarat on February 24, the second aircraft that arrived today has brought Trump’s official helicopter ‘Marine One’. Trump might use this helicopter to travel from world’s largest cricket stadium at Motera to SVPI airport before boarding Air Force One to travel further to North India. Helipads are already built outside the Motera stadium for helicopters. Trump is arriving here on February 24 with First lady Malania Trump. He will be received at the airport by Prime Minister Narendra Modi. Gujarat is home-state of Narendra Modi. Both leaders will participate in ‘India Road Show’ on airport road to Motera stadium where ‘Namaste Trump’ event is organized in presence of over one lakh invited people from across Gujarat. Reconstructed Motera cricket stadium is world’s largest cricket stadium which is yet to be inaugurated. Trump’s visit to Sabarmati Ashram is not finalized yet, but all arrangements are made if ashram visit is eventually a part of his itinerary.

US presidents since 1957 have used helicopters as a quick way to get about with Marine One being the call sign of any US Marine Corps aircraft carrying the current leader.

US President Donald Trump can often be seen getting in or out of the presidential helicopter known as Marine One but there is not just one.

The helicopters are known as “White Tops” due to the colours they are painted in.

Marine One actually refers to the call sign used by any aircraft operated by the US Marine Corps carrying the current president of the United States.

It usually denotes a helicopter operated by Marine Helicopter Squadron One (HMX-1).

There are actually two different types of helicopters used by the president.

HMX-1 operates a fleet of 35 helicopters. 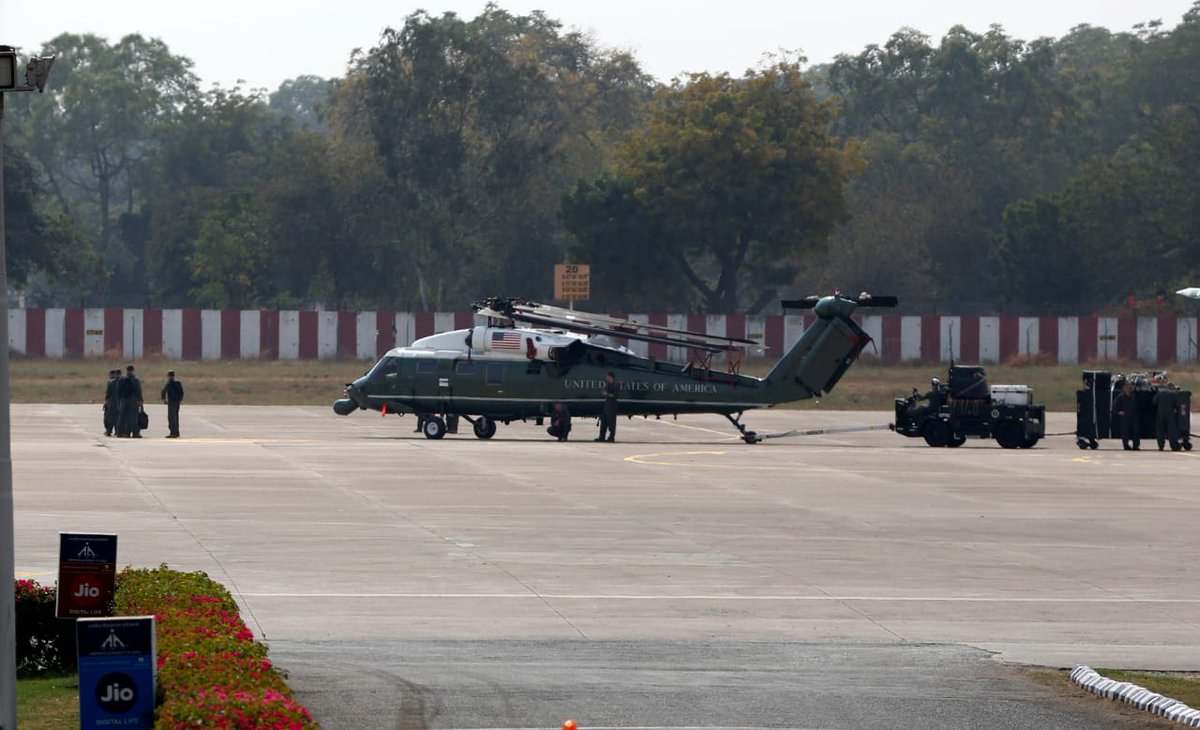 The helicopters are called “White Tops” due to the aircrafts’ top halves are painted white with the bottom half dark green.

Marine One is also used to transport senior Cabinet staff and foreign dignitaries.

More than 800 Marines supervise the operation of the Marine One fleet, which is based in MCAF Quantico, Virginia.

Marine One always flies in a group of as many as five identical helicopters with the others acting as decoys.

The helicopters then shift in formation during a flight as a way to not reveal which aircraft is carrying the president.

Marine One is also equipped with standard military anti-missile countermeasures such as flares to counter heat-seeking missiles.

It also has measures to counter radar-guided missiles as well as infrared countermeasures. 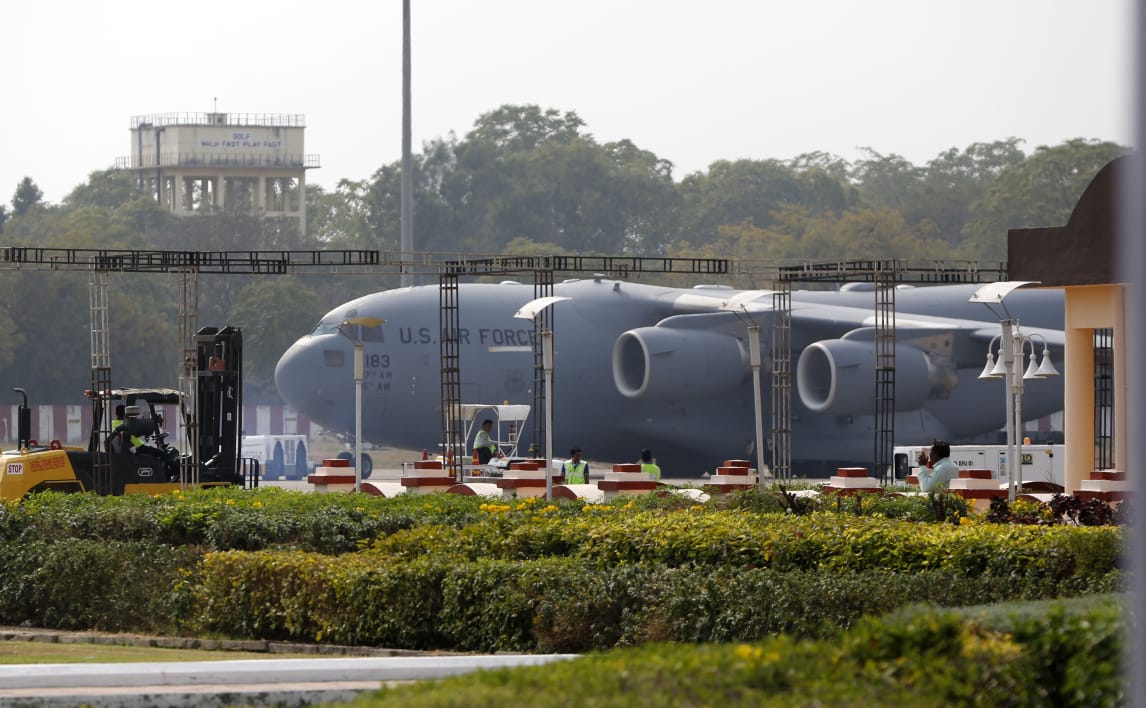 Marine One is sometimes the preferred alternative to motorcades, which can be expensive and logistically difficult. The controlled environment of a helicopter is also felt to add a safety factor. More than 800 Marines supervise the operation of the Marine One fleet, which is based in MCAF Quantico, Virginia, with an additional operating location at Naval Support Facility Anacostia in the District of Columbia, but is more often seen in action on the South Lawn of the White House or at Joint Base Andrews Naval Air Facility in Maryland. At Andrews, the helicopter is sometimes used to connect to Air Force One for longer journeys. Marine One is met on the ground by at least one Marine in full dress uniform (most often two, with one acting as an armed guard). According to a story told by Bruce Babbitt, President Clinton, in his final days of office, while flying over and landing in a remote area near the Grand Canyon, found a Marine waiting on the rock ready to salute him.[18] Marine aviators flying Marine One do not wear regular flight suits during flights, but rather the Marine Blue Dress Bravo uniform. 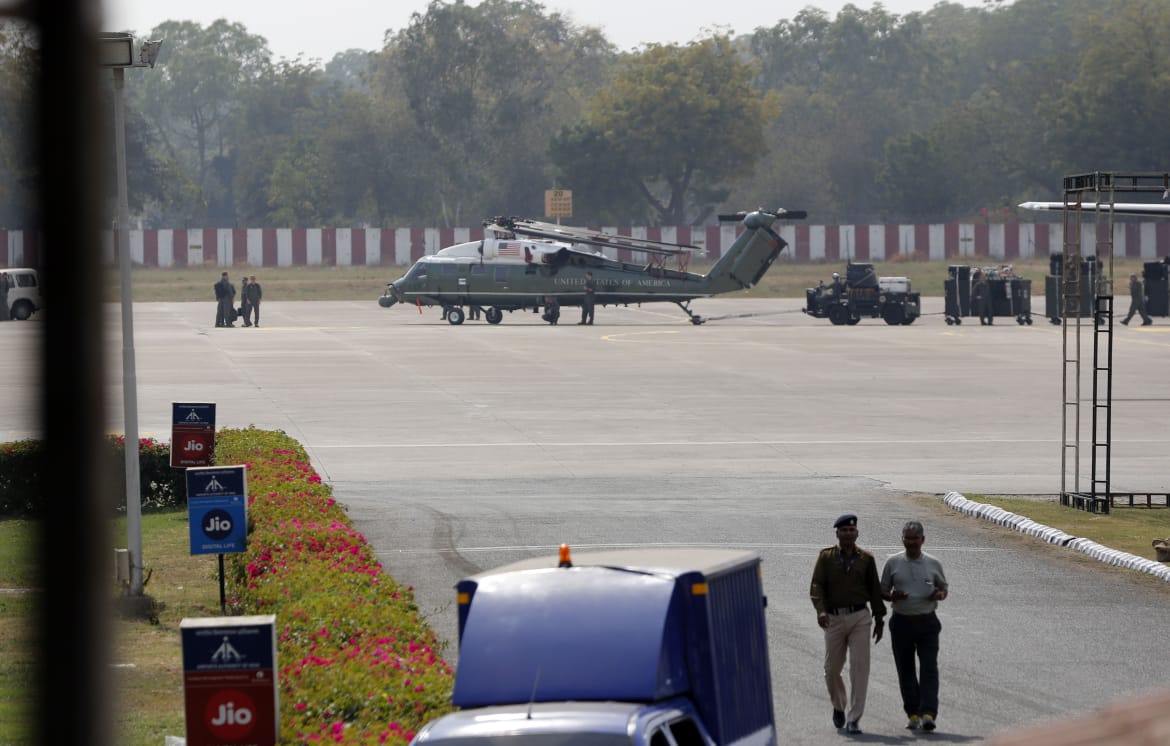 As a security measure, Marine One always flies in a group of as many as five identical helicopters. One helicopter carries the president, while the others serve as decoys. Upon take-off these helicopters shift in formation to obscure the location of the President. This has been referred to as a presidential shell game.

Marine One is also equipped with standard military anti-missile countermeasures such as flares to counter heat-seeking missiles and chaff to counter radar-guided missiles, as well as AN/ALQ-144A infrared countermeasures.

To add to the security of Marine One, every member of HMX-1 is required to pass a Yankee White background check before touching any of the helicopters used for presidential travel.

Marine One is transported via C-17 Globemaster or C-5 Galaxy military transport planes (as is the president’s limousine) wherever the president travels, within the US as well as overseas.

At a presidential inauguration, the Marines offer the outgoing president a final flight from the Capitol to Joint Base Andrews. 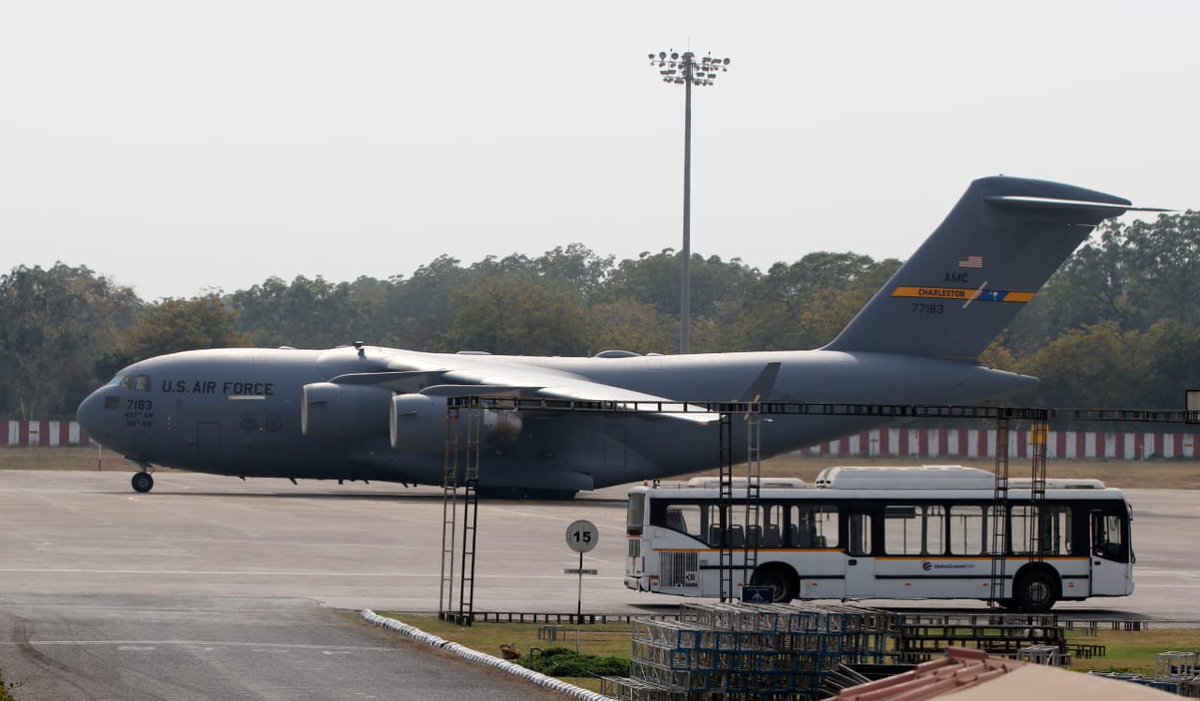