Digital infrastructure at Motera Stadium is better than any other place in the world: Mukesh Ambani 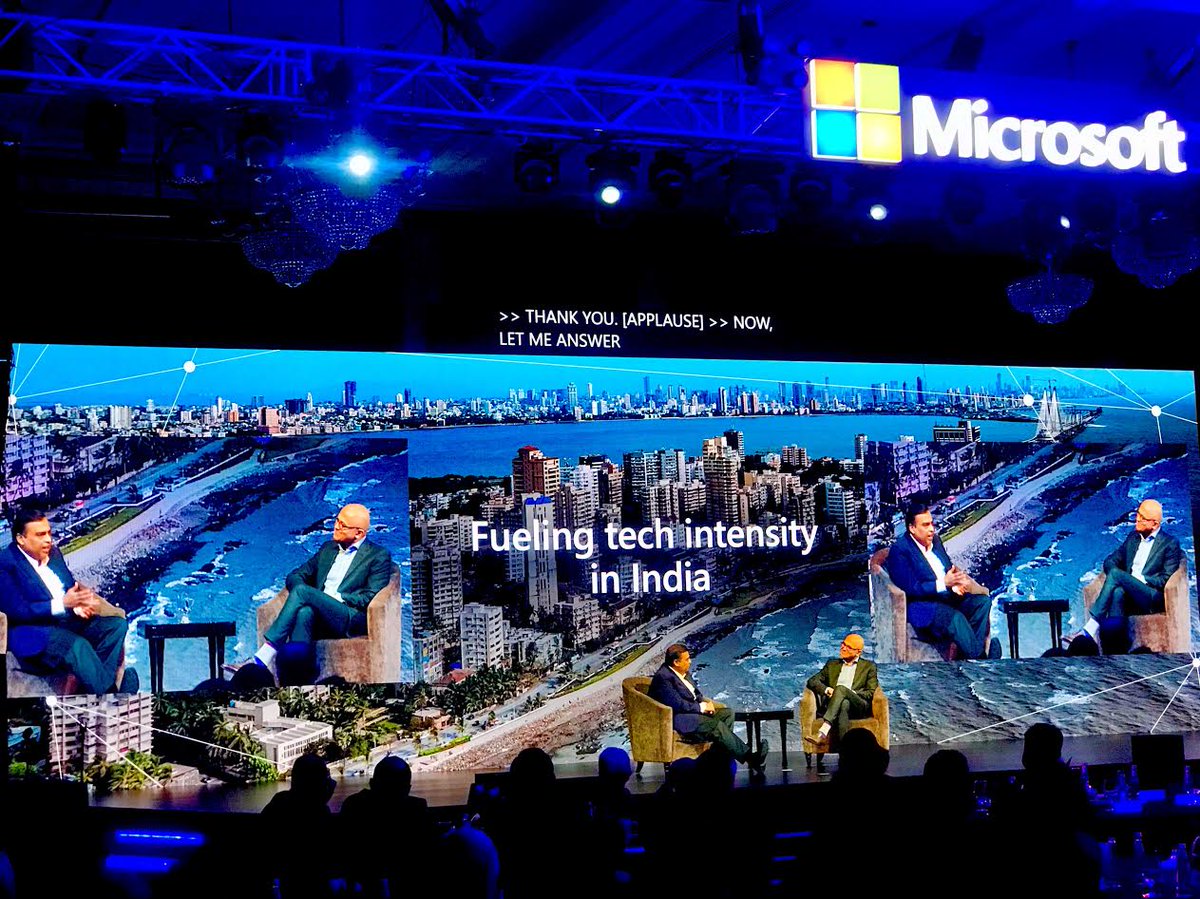 Mumbai: President Trump will see a different India than what President Carter, President Clinton or President Obama saw in past, said Chairman of Reliance Industries, Mukesh Ambani in his interactive session with Microsoft CEO, Satya Nadella at a Microsoft event, ‘Future Decode’, in Mumbai.

In the interaction, Ambani said that mobile networks in India are now better. “As we are speaking, President Trump has arrived in Ahmedabad, and the, India, that he will see in 2020 is very different from the India that either President Carter saw, or President Clinton saw when he came in or even President Obama. We are having millions of people in the street. Each one of them having their own personal experience with their phones, and the networks strong enough. And I think, like, I can easily say that the mobile networks in India now are better or at par with anybody else in the world. And that’s the big change when you, when he reaches the stadium. We talked about Stadium, the infrastructure in that stadium in terms of digital is better than any other place in the world,” he said.

Nadella asked Ambani to share and talk about how Indian economy will grow and how digital will be a big part of it maybe share your thoughts on how you see, perhaps, this economy thrive in the next 10 years. On this, Ambani said that when Nadella joined Microsoft in 1992, India was $300 billion. “Today, India is $3 trillion. Pre Jio the 256 kbps which we call broadband in India, and post Jio. We now have 21 Mbps on mobile data as the average speed available in every single village in India,” he said.

The pre-Jio price of data in India was between Rs300 and Rs500. And for the poorest of poor people who use 2G the prices as high as Rs10,000. “Post Jio the price is between Rs12 and Rs14 a GB. What Jio has achieved in the last three years, is 38 crore people or 380 million customers have migrated to this 4G technology,” he said.

Talking about data consumption in India, Ambani shared that the enthusiasm in consumption in India is spread in across all age groups including youth of India. “And the enthusiasm, even in my mother who’s 85 years old, and the amount of time, she spends. So, in your language she has the greatest technical security. I think that’s really what has happened so consumption has also gone up and this has really become a people’s movement,” he said.

He said technology presents an opportunity to transform India. “We in India have the opportunity to become the premier digital society,” he stated. “The next generation will see a very different India than what you (Nadella) and I have grown up in.”

Ambani said Reliance was founded by his father Dhirubhai as a start-up five decades ago with just a table and a chair and Rs 1,000 in capital. It rose to first become a micro-enterprise and then to small industry and now a large enterprise. “Why I’m saying this is fundamentally to just drive the point that every small business and entrepreneur has the potential in India to become a Dhirubhai Ambani or Bill Gates. And that is the power, that is what differentiates India, from the rest of the world,” he said.

He praised Nadella for his leadership at Microsoft that has made every Indian “very, very proud”, saying his style of empathy and that of partnerships, building trusts and relationships as also considering every mistake as a learning opportunity and believing that its people who are the strength of the organisation and not the profits or products, inspired him.