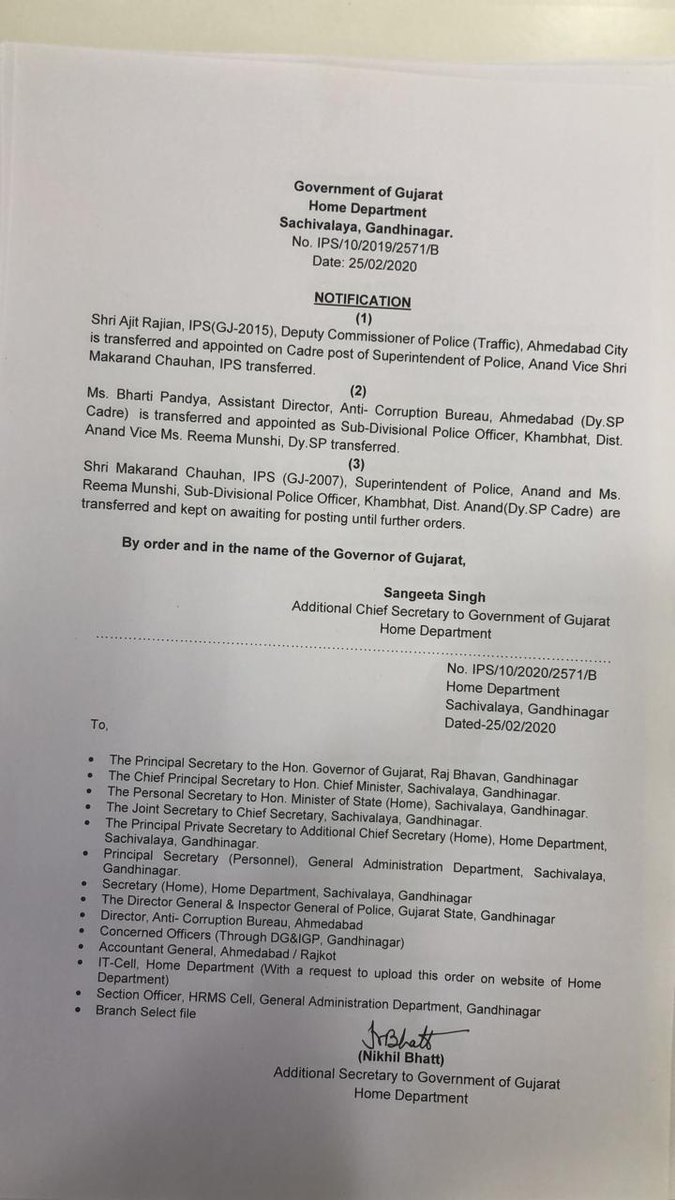 Gandhinagar: The Government of Gujarat today transferred Anand district police chief SP Makrand Chauhan and Khambhat DySP Reema Munshi and replaced them with Ahmedabad Traffic DCP Ajit Rajian and ACB Gujarat DySP Bharti Pandya following the incidents of communal violence in Khambhat town of Anand district. Chauhan and Munshi will need to wait for their next posting.  In another development, the State government has also decided to impose disturbed area act in Khambhat. State police chief (DGP) has paid visit to Khambhat.

– DGP Shivanand Jha has been moved to Khambhat

– CCTV will be checked in order to take strict actions against accused.

– 47 rioters have been arrested in connection with four complaints filed.

– Combing operation is underway in entire Khambhat town and district.

– Conspiracy was made to disturb peace in various areas of Khambhat.

– The State government has taken a decision to impose the disturbed area act in Khabhat.

– Congress is attempting to disturb the peaceful atmosphere in Gujarat through politics of appeasement.