The Election Commission of India said it has decided that biennial elections to the Council of States shall be held in accordance with the following programme: 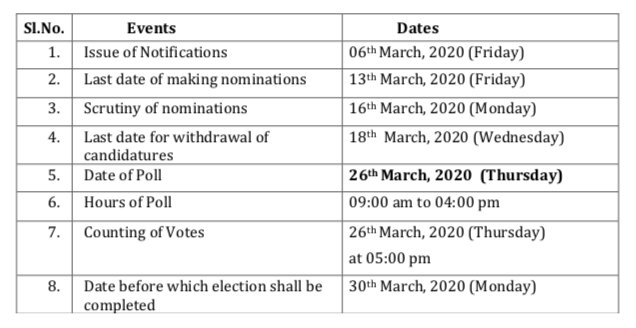 The Commission said it has has directed that for the purpose of marking preference(s) on the ballot paper only integrated violet colour sketch pen(s) of pre-­‐‑fixed specification, provided by the Returning Officer, shall be used. No other pen shall, under any circumstances, be used in the above said elections.

Adequate measures for close monitoring of the election process by appointing observers shall be taken to ensure free and fair election, said ECI note. 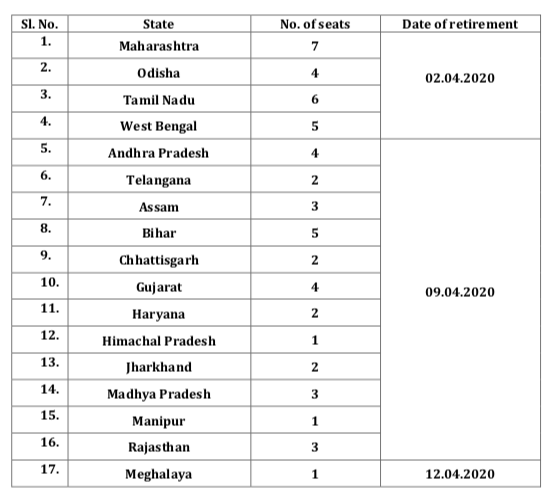 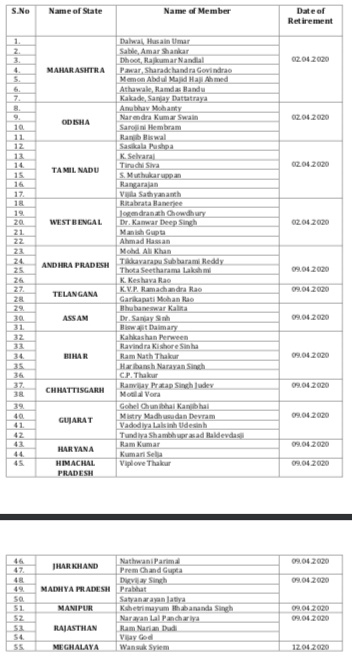