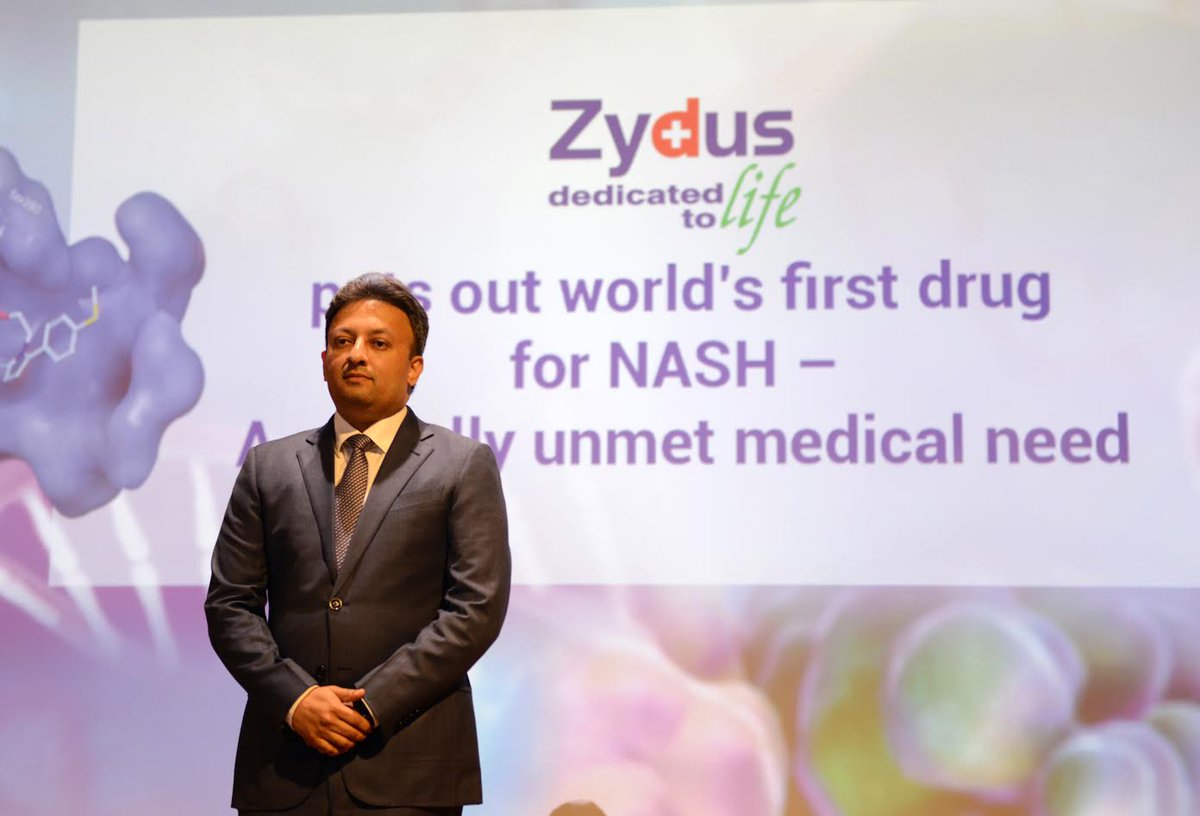 Addressing a press conference here today Chairman, Zydus Group Pankaj Patel said that NASH is a progressive disease of the liver, which starts with fat accumulation in the liver known as Non-Alcoholic Fatty Liver Disease (NAFLD). This condition could progress to cirrhosis and liver failure. It is a large unmet medical need as there is currently no approved drug for the treatment of NASH anywhere in the world, a disease that is highly prevalent with 10% to 30% of the global population being affected by it. The prevalence of NASH in India is estimated to be nearly 25% of the population. NASH ranks as one of the major causes of cirrhosis, behind hepatitis C and alcoholic liver disease. Liver transplantation is the only option for managing advanced cirrhosis with liver failure.

‘We are happy that our long time efforts to discover and develop a novel drug for patients living with NASH, an unmet healthcare need globally have been successful. Saroglitazar will provide hope and new lease of life for millions of patients in India suffering from NASH. It would be launched in India soon but would take some time for global launch,’ Patel said.

Saroglitazar was launched in India in September 2013, for the treatment of diabetic dyslipidemia and hypertriglyceridemia in patients with type-2 diabetes not controlled by statins alone. In January this year, Saroglitazar received an approval for the treatment of Type 2 Diabetes Mellitus. In the last seven years, over a million patients have benefitted from this drug, he said.

Saroglitazar is uniquely poised with its dual PPAR alpha and gamma properties – reducing the comorbidities (dyslipidemia, hypertriglyceridemia, diabetes mellitus) and causing NASH resolution. Zydus achieved positive results in EVIDENCES II trial, a Phase 3 liver biopsy trial of Saroglitazar 4 mg versus Placebo in Indian patients with NASH. The trial evaluated histological improvement of NASH using liver biopsy at the end of 52 weeks and successfully met primary and secondary endpoints. Saroglitazar 4 mg demonstrated a significant reduction in liver fat, liver enzymes and disease activity, he said adding that the phase 3 trial in the US of the medicine is yet to take place. He also said that he was open to the idea of collaboration for international marketing of the drug.