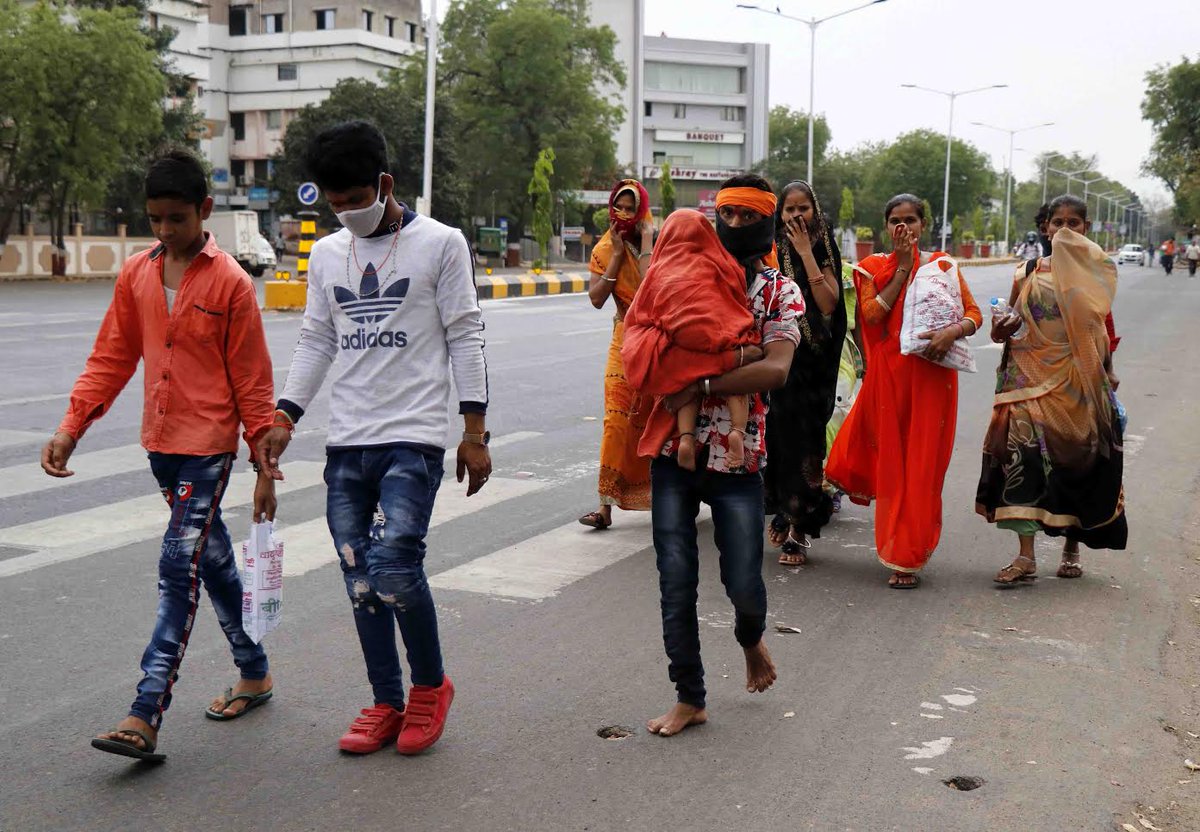 Gandhinagar: Thousands of migrants are leaving Gujarat to reach their native places in neighboring states by foot as transport buses are banned. 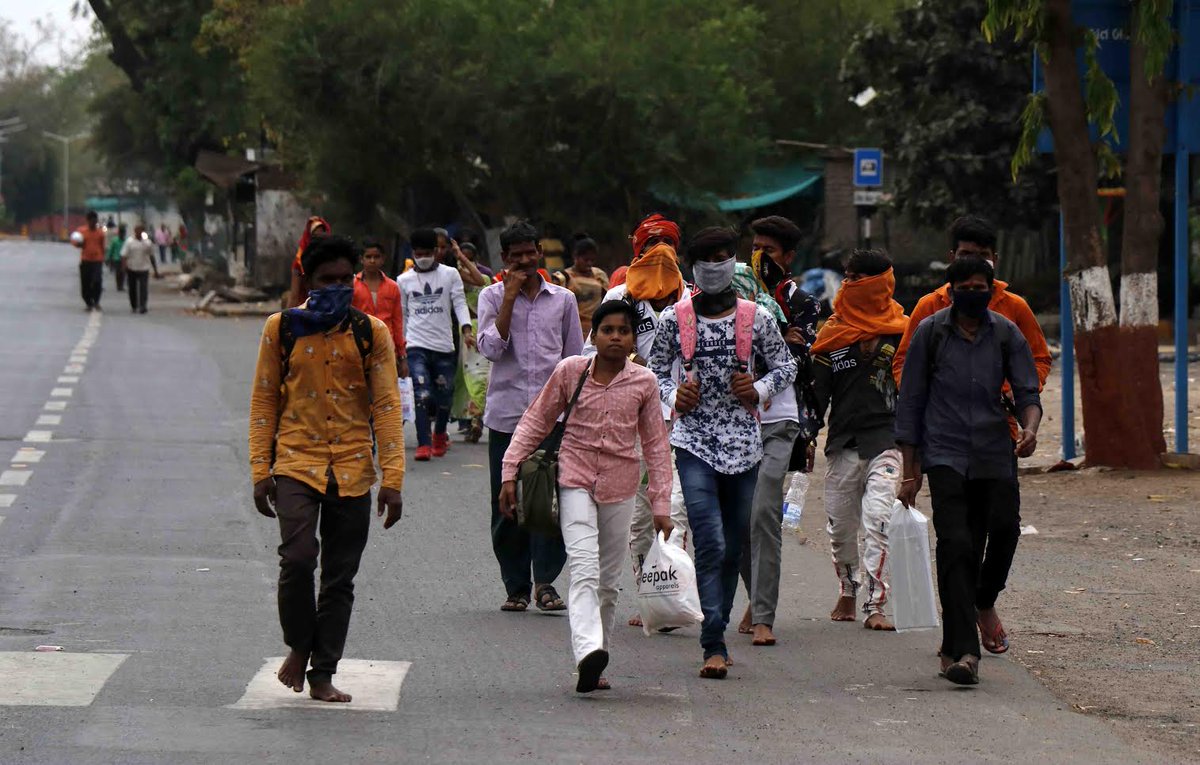 Number of voluntary organizations in partnership with local police offered food packets, water and other required help on the route to Rajasthan.

In Sabarmakantha district, the local police arranged trucks and smaller goods vehicles to carry the migrants upto the border of Rajasthan.

Migrants walking to Rajasthan due to transport buses ban; Dy CM Nitin Patel spots one of such groups and personally intervenes to explore solution to this pic.twitter.com/dj0S77Zf7k

But the most noticeable was Deputy Chief Minister Nitin Patel’s move. Patel spotted one of the groups of migrants walking to Rajasthan. He imidiately called the officials, party workers and MoS Home Pradipsinh Jadeja there. While party workers offered food to migrants, the officials were asked to arrange around a dozen buses to drop migrants to neighboring state Rajasthan.