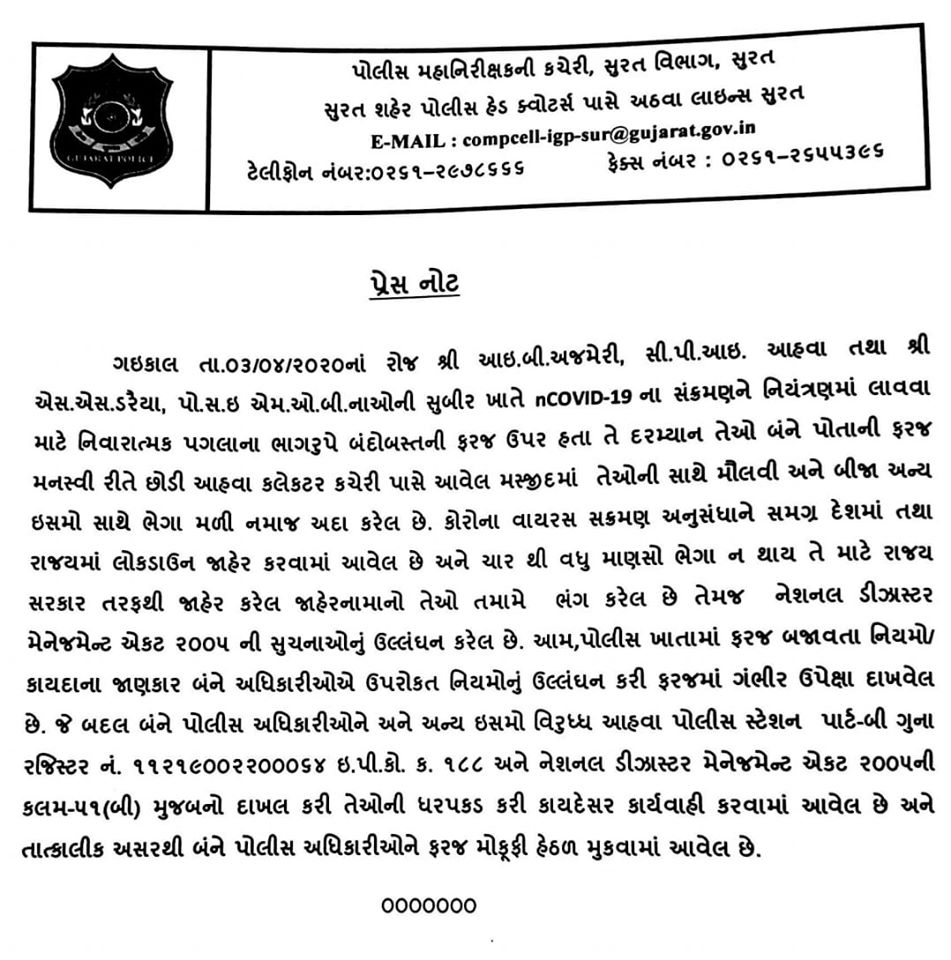 Surat: Two cops who offered namaz with other persons including a cleric in local mosque during their duty time have been booked under IPC section 188 and National Disaster Management Act 2005 section 51(B). They have been arrested and suspended from duty with immediate effect.

According a press statement issued by IG office, Surat, a Circle Police Inspector of Ahwa IB Ajmeri and Police Sub Inspector SS Daraiya were on duty at Subir in connection with nationwide lockdown to curb spread of Covid19 infection. They skipped their duty and went to a mosque near Ahwa collector office and offer Namaz with maulvi and others. With this they breached government notification as per which more than four persons can’s assemble.

Three other persons arrested in this case are identified as Zabbar Kureshi, Abdul Vanzara and Shabbir Vani.

– Two gates of Madresa, located behind collector office were locked when police team reached the spot.

– Police team jumped from a water tank and entered the Madresa campus and found that the third gate was open.

– 7 persons were spotted present inside the Madresa campus. Of them 5 were offering Namaz. Among them were Circle Police Inspector and Police Sub Inspector.