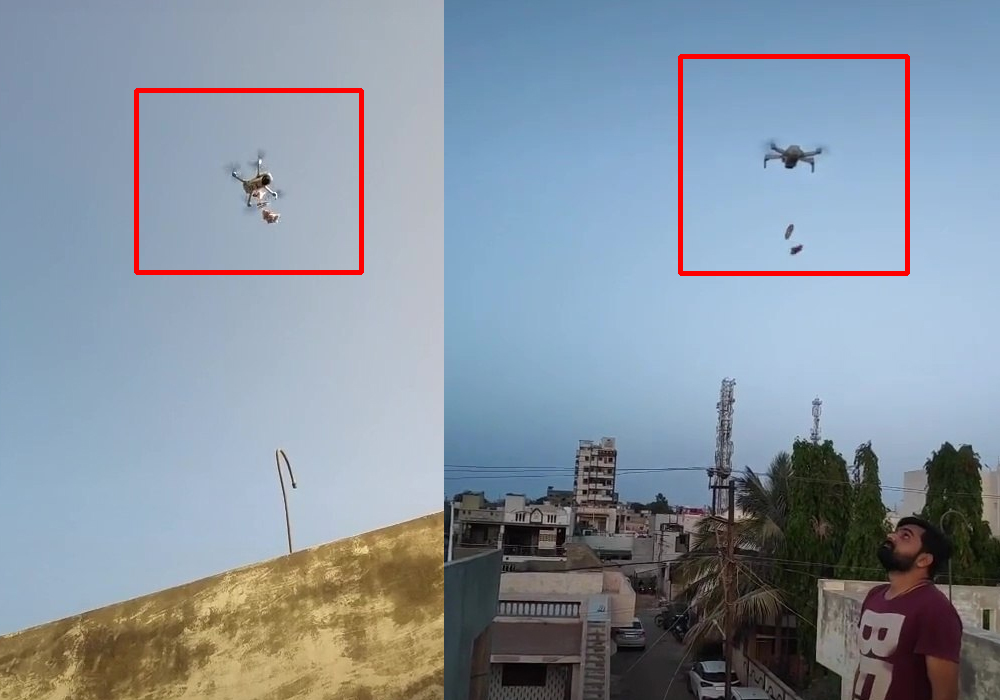 Rajkot: Pan-Masala shops (galla) are closed during lockdown and those who can’t live without it are finding this situation very difficult. Some people complain about very high prices of pan masala and cigarette in black market during lockdown.

However in a complete novel case, a youth namely Hiren Patel managed to fly maavo (tobacco mixed substance) via drone in district headquarters Morbi near Rajkot. Patel shared the video on micro video blogging app Tiktok. As this video went viral, police traced Patel and detained him along with his friend Ravi, the owner of Drone.

Both Hiren and Ravi are booked under IPC section 188.  A drone camera unit worth Rs. 25,000 has been seized by police.

-Tobacco mixed mava was tied to drone camera and accused were shooting a video of same to make viral on TikTok platform.

– The video was made viral from Nilkanth society gated street.

– Ravi was in possession of Drone camera owned by him.

– When questioned, one of accused Hiren said he had tied a tobacco mixed mava to drone camera and done video recording and upload it to his TikTok account Hharrypatel5454 to make it viral.

– Police found this attempt potential to attract crowd and booked both accused under IPC section 188.