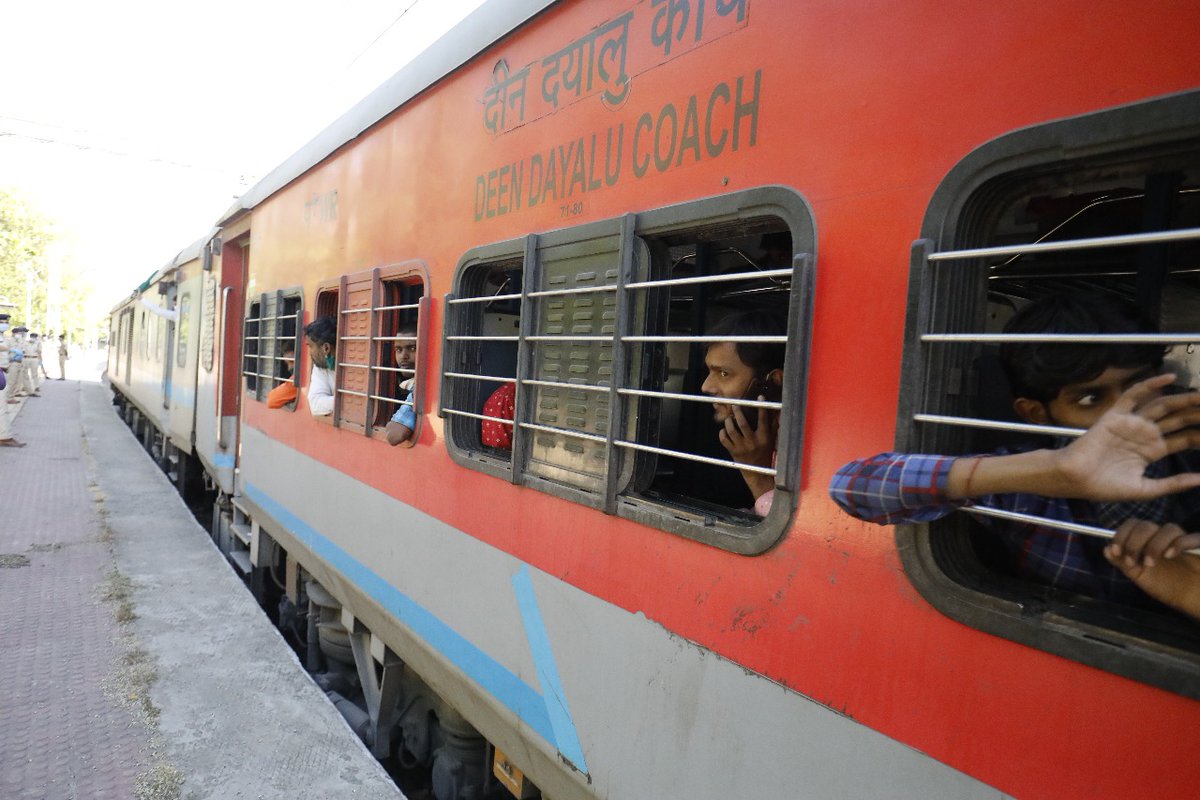 Surat: Another 12 Shramik Express trains including 8 trains from Surat are going to leave Gujarat to take stranded labourers to their native states.

Secretary of Chief Minister’s Office, Ashwani Kumar in his daily online briefing today said, operations of 3 more trains from Gujarat are under discussions and total number of train leaving today may touch 15.

He said the government may even scale up the rail operations in coming days in order to facilitate the journey to migrant labourers stuck in Gujarat.

He said as many as 42,000 migrant labouers have already departed from Gujarat in Shramik Express trains so far.

Ashwani Kumar said, Chief Minister has appealed laboures not to get impatient as the government is determined to make arrangement of passes and journey for all labourers who wish to go to native place. As many as 35 trains are operated only on 3-4 days and more trains are to be operated in future.