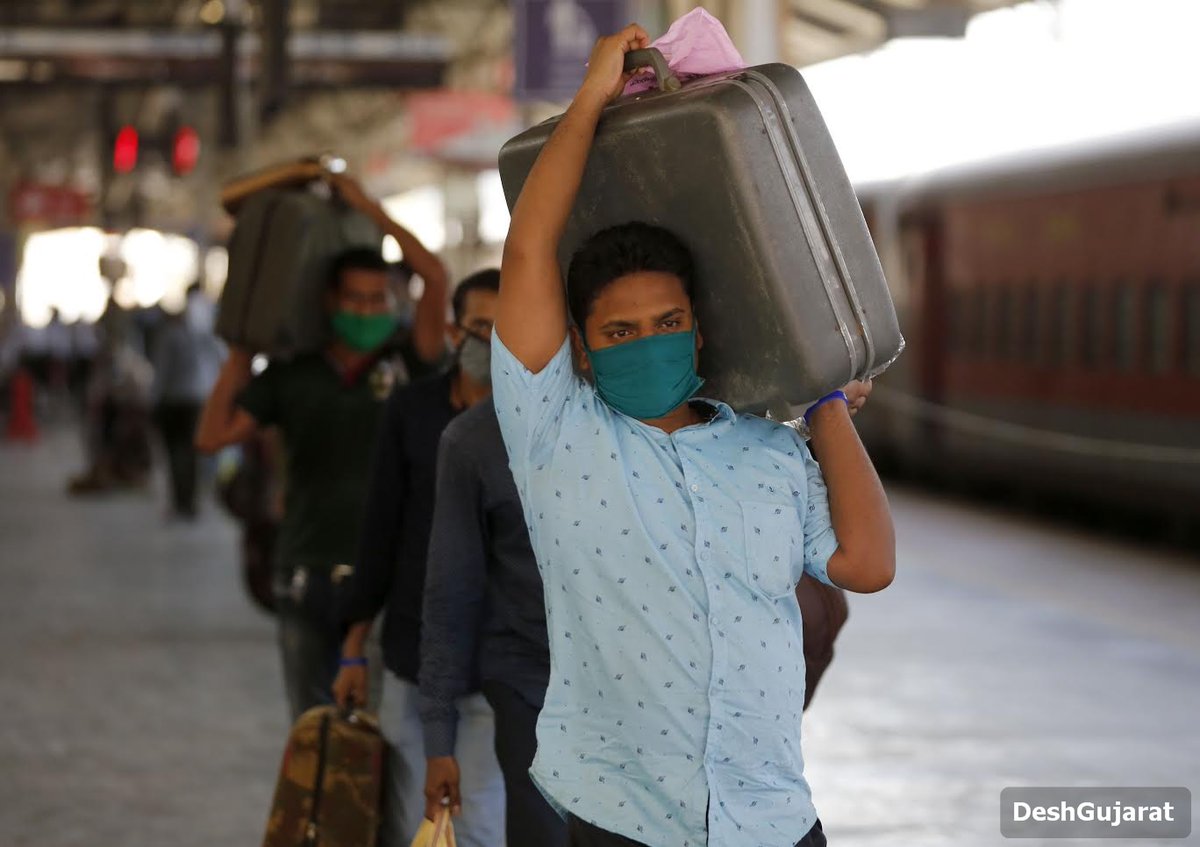 Gandhinagar: 41% of total Shramik Express operated nationally so far have been operated from Gujarat to other states. Gujarat has been the only state to witness departure of Shramik Express trains in 3 digits.

37 more such trains are leaving Gujarat today, of which 27 are for Uttar Pradesh(UP), 5 for Bihar, 3 for Odisha, 1 each for Madhya Pradesh and Chhattisgarh.

Out of 10 trains from Ahmedabad 9 are for UP while 1 for Bihar. From Surat, 8 trains will leave for UP, 2 each for Bihar and Odisha. Rajkot will see departure of 2 trains to UP, 1 each to Bihar and Madhya Pradesh. Vadodara will see 3 trains leaving for UP.

In total 262 trains have left with 3.15 lakh labourers to other states from Gujarat so far. By midnight this figure will be up at 3.45 lakh.