Over 64,000 were shifted in South Gujarat in wake of Nisarga Cyclone: State govt 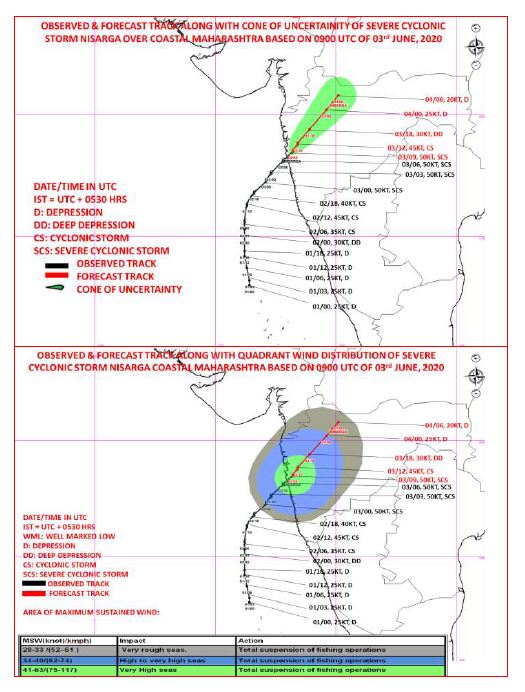 Gandhinagar: The Government of Gujarat today said nearly 64,000 people had been shifted to safer places in the wake of Nisarga cyclone which touched Maharashtra coast today. Of them nearly 9,000 were shifted in Surat district, over 14,000 in Navsari district, 1200 in Bharuch, over 3,000 in Bhavnagar, 769 in Anand, 2000 in Amreli, 228 in Gir Somnath and 33,680 in Valsad district. 18 teams of NDRF and 6 teams of SDRF have been deployed. 17 lakh people were sent SMS for alert. Oxygen and power supply arrangements were made in PHC and CHC centres. High mast towers and hoardings were taken down. 332 shelters were created in affected districts. Among those shifted from low lying areas, 252 were pregnant ladies.

Meanwhile, no untoward incident has been reported in southern coast of Gujarat so far on Wednesday due to the severe cyclonic storm ‘Nisarga’, which has made landfall in neighbouring Maharashtra.The cyclone made landfall near Alibaug in coastal Raigad district of Maharashtra around 12:30pm.Wind speed remained normal in Valsad and Navsari districts, located close to the Arabian Sea. However, the wind speed may increase up to 60 to 70 kmph in the next three hours as the cyclone is moving towards north-east Maharashtra. Valsad and Navsari received rainfall of 2 mm and 7 mm, respectively, since this morning. The situation is under control.