Hindus will never forgive the present government in Gujarat for this: VHP on Rath Yatra 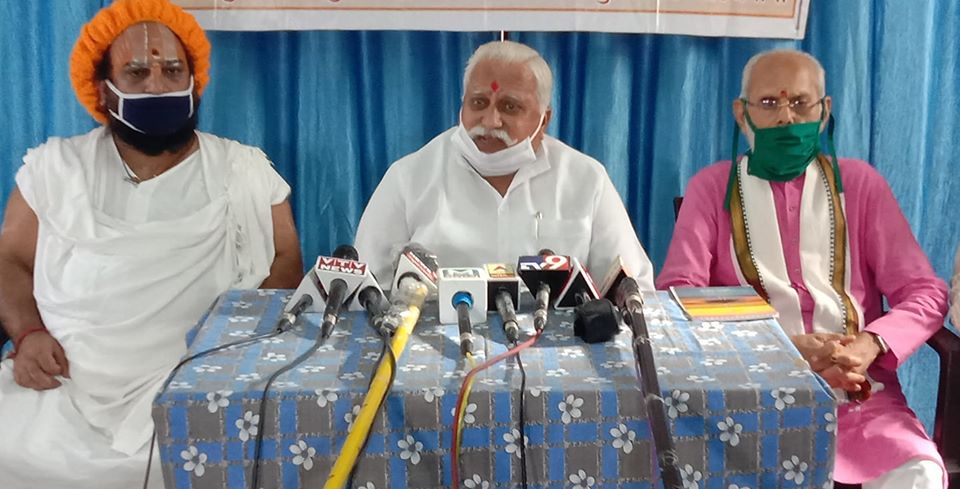 ‘Bhagwan has been imprisoned in a Mandir campus on Rath Yatra day, which is very sad. If Gujarat government had made attempts with positive approach, Rath Yatra in Karnavati was also possible like in Puri,’ VHP statement said.

‘This sad situation is due to Gujarat government’s lack of willingness. Hindu samaaj will never forgive present government for this. For entire three days period, the government maintained mysterious silence about filing a review petition in the High Court. This delay shows that the government filed plea (at the last moment) just for face saving. Lack of timely intervention and inactiveness on government part is regrettable,’ VHP statement further said.

‘Jagannath Puri yatra involves presence of upto two million people generally in the span of nine days, but Supreme Court has with some conditions permitted it. Gujarat High Court too could permit Rath Yatra in Ahmedabad. Hindu samaj is sad with the decision of the Gujarat High Court,’ VHP said.

‘Going through all the facts, it becomes clear that Gujarat government itself is under fear of Coronavirus. Will the government , itself under fear be able to make Gujarat victorious against Coronavirus? Such question is being asked and discussed today,’ the statement said.

VHP also slammed Trustees of Jagannath temple for not going to High Court with review petition against stay on Rath Yatra.

The statement says: If Trustees of Jagannath Mandir were actually willing to take out Rath Yatra procession and continue the traditions, why they were not strong enough in making representation in the High Court? Why they did not file a review petition against stay on Rath Yatra? Instead, Jagannath Mandir management made announcement that Raths will roam inside the Mandir campus only and people should watch them on TV. Why they for once didn’t think about beliefs and feelings of devotees? If Mandir and Trustees had filed a review petition and made strong argument in favor of taking out Rath Yatra procession, then High Court would also have permitted it, with some conditions attached on the line of the Supreme Court order for Puri Rath Yatra. Mandir Trustees must understand that they are not owner of Mandir. They are just into management of Mandir. Owner of Mandir are devotees. It is responsibility of Mahant and Trustees to reflect the feelings of Bhakts. Hindus are feeling very sad with improper approach of Mahant and Trustees. 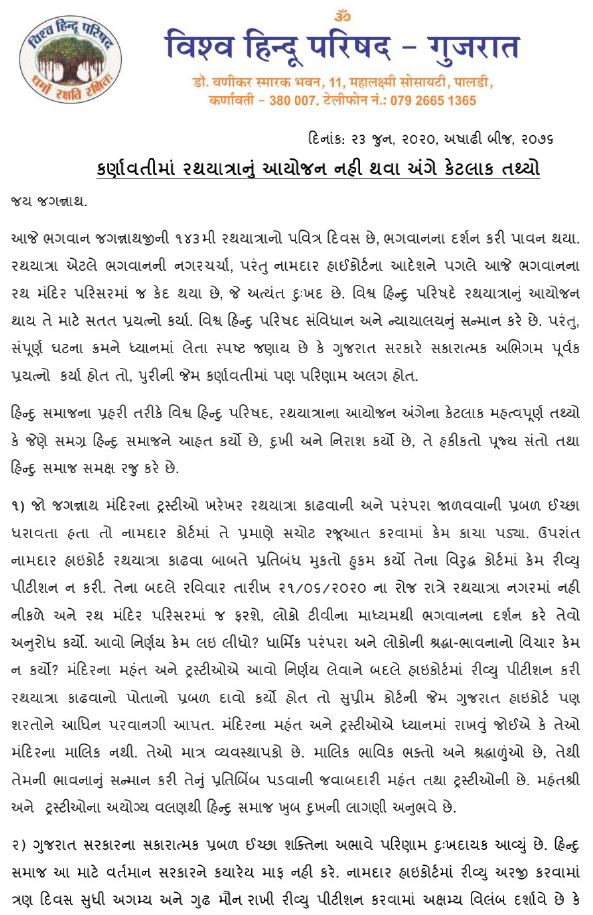 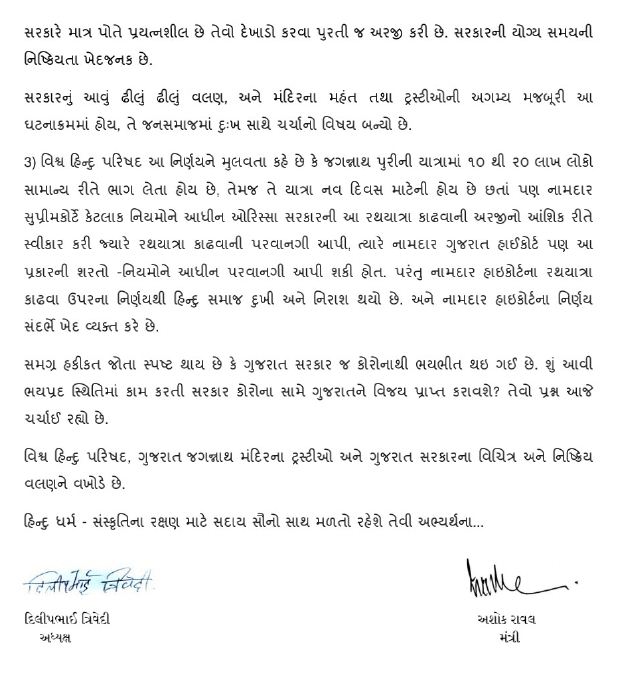