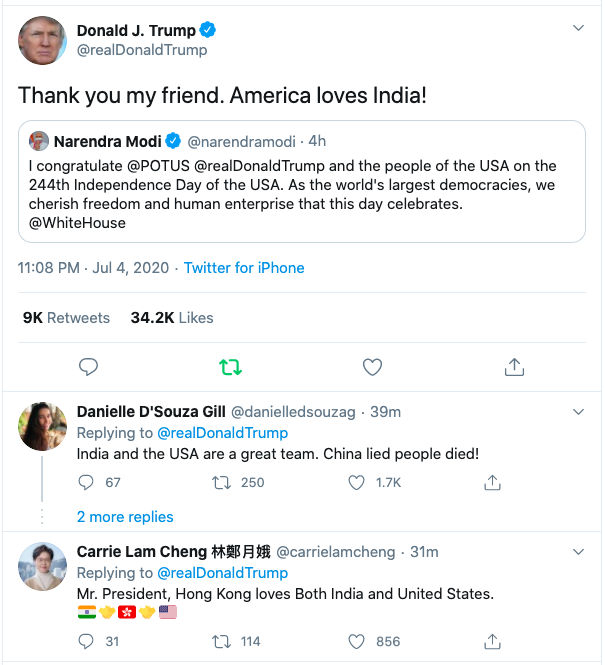 Modi had earlier today tweeted, “I congratulate @POTUS, @realDonaldTrump and the people of the USA on the 244th Independence Day of the USA. As the world’s largest democracies, we cherish freedom and human enterprise that this day celebrates.”

The two leaders are known to share an easy and increasingly close relationship, and often refer to each other as “friends”.