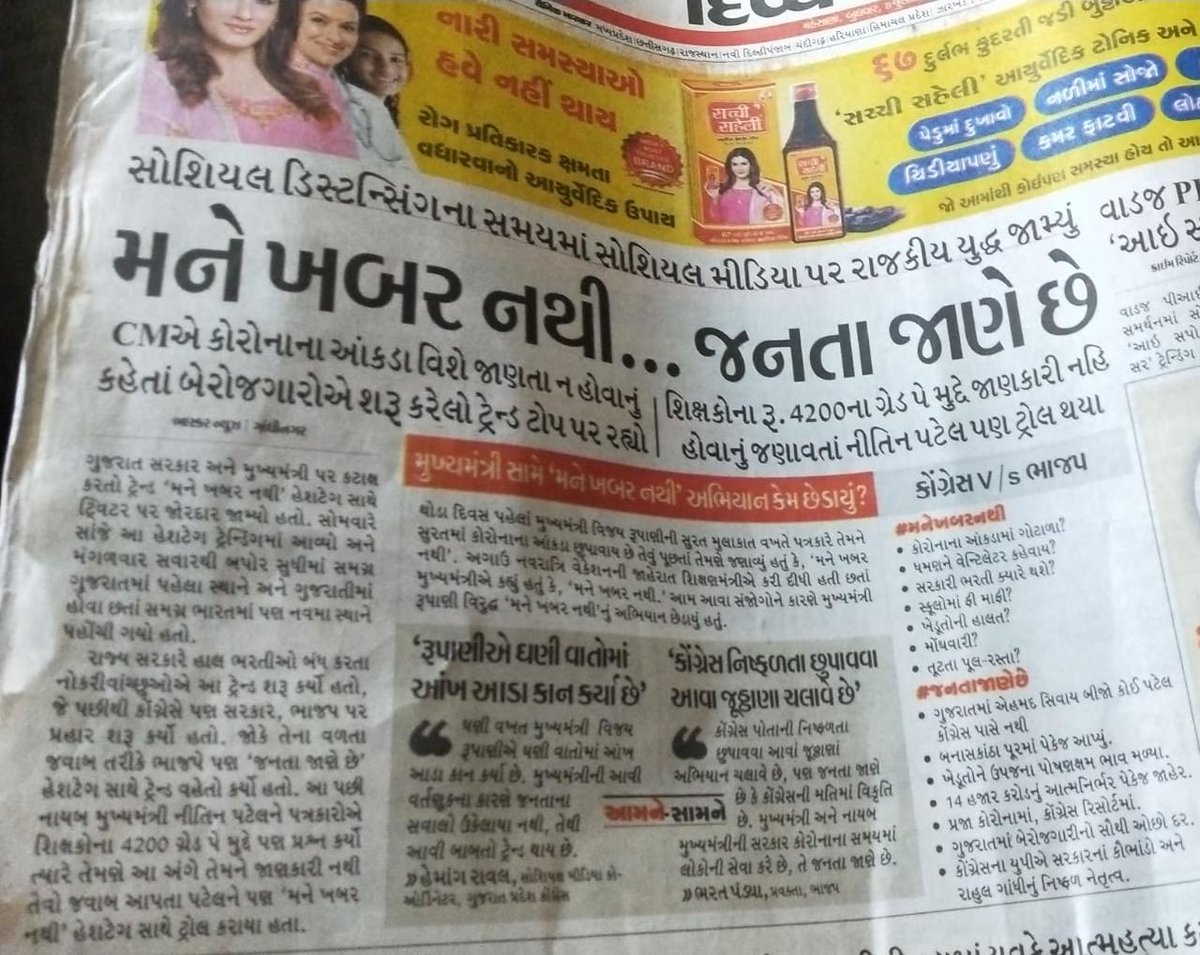 Gandhinagar: Why hashtags ‘Mane Khabar Nathi’ (I don’t know) and ‘Jantaa Jaane Chhe'(People do know) were trending on Twitter on Tuesday?

‘Mane Khaabar Nathi’ was because of Chief Minister Vijay Rupani’s reply to media persons in a press interaction in Surat early this week. Rupani with Dy CM and senior officials was in Surat to review the preparedness against spurt in Coronavirus infection in this city which is the second largest city in Gujarat. On the same day, there was a report in a Gujarati daily known for its constant anti-establishment stand. The report claimed that the figure of deaths on account of Covid-19 in Surat declared by the State Health department was in contradiction with the number of those cremated in funeral places under Covid-19 protocols. Number of those cremated as per Covid-19 protocol was much higher than the number of deaths on account of Covid-19 released by the State Health department. During Rupani’s media interaction in Surat, a journo asked Rupani about this contradiction which indicates that the government is not releasing actual figure of deaths linked to Covid-19. Rupani in his one line reply said, ‘I don’t know (Manne Khabar Nathi)’. Opposition Congress party was quick to plan and execute a trend using these three words ‘Manne Khabar Nathi’ on social media platforms on Tuesday, relating it to all other existing issues of concerns. 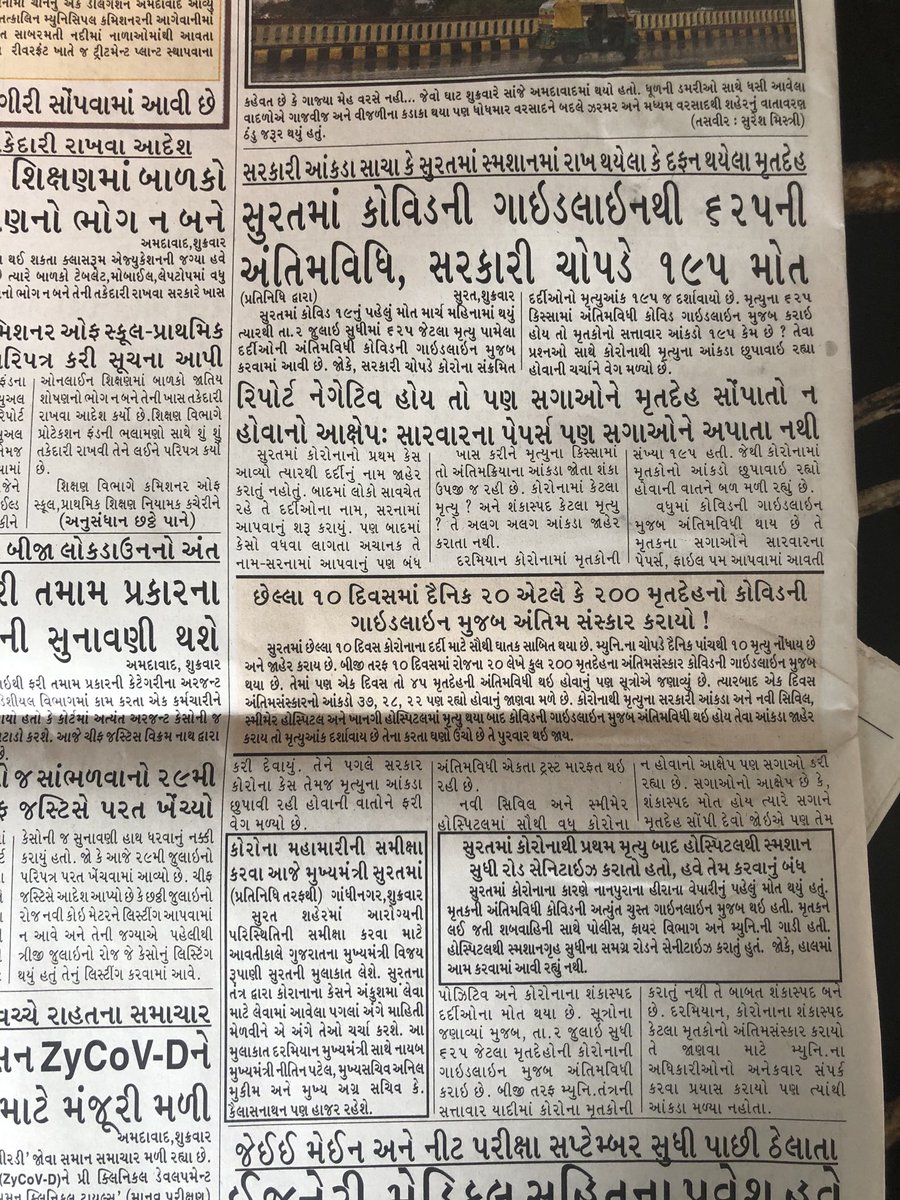 Another news report in a prominent Gujarati daily claimed that the State health department was showing lower number of Covid19 deaths by excluding the deaths of Covid19 patients with co-morbid conditions from the list. 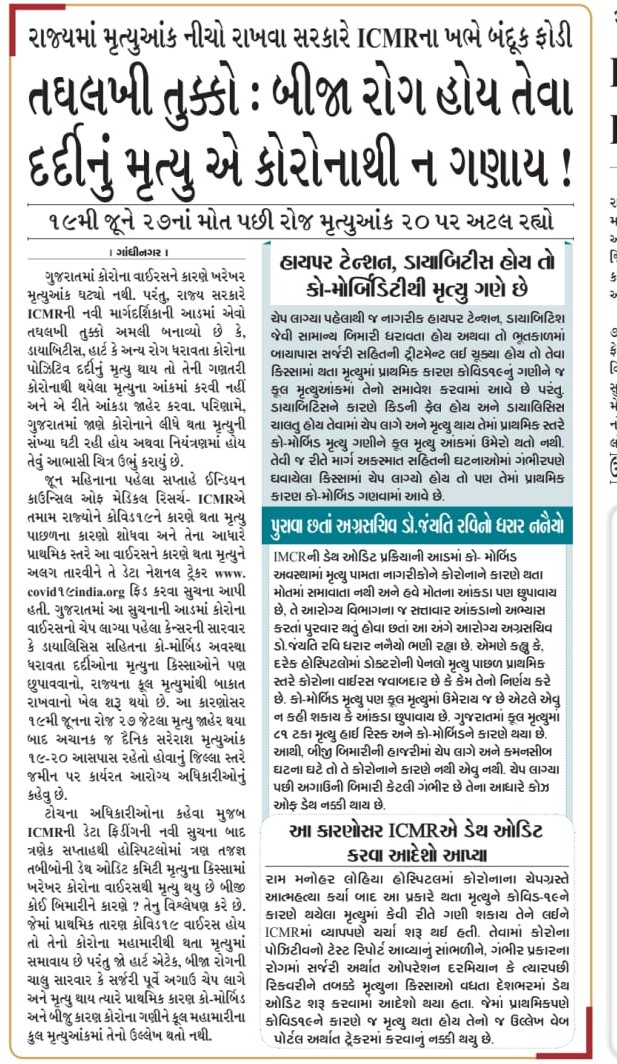 The State government has not refuted any of these reports, neither the Additional Chief Secretary of Health has issued a statement or given a media byte on this.

Last month, a top Gujarati news channel also had run a news report with aggregated data from crematoriums across the city and made a point that Ahmedabad city witnessed double the number of deaths in May 2020 compared to May 2019.The State government or AMC had not refuted this report.

However most participants of ‘Mane Khabar Nathi’ trend were those who seek government to conduct recruitment exams and also those who have cleared the recruitment exams but are waiting for recruitment to take place. Grade pay agitators in teaching domain were also part of the trend. In fact the trend was started by these people but next day it was taken over by Congress cadres.