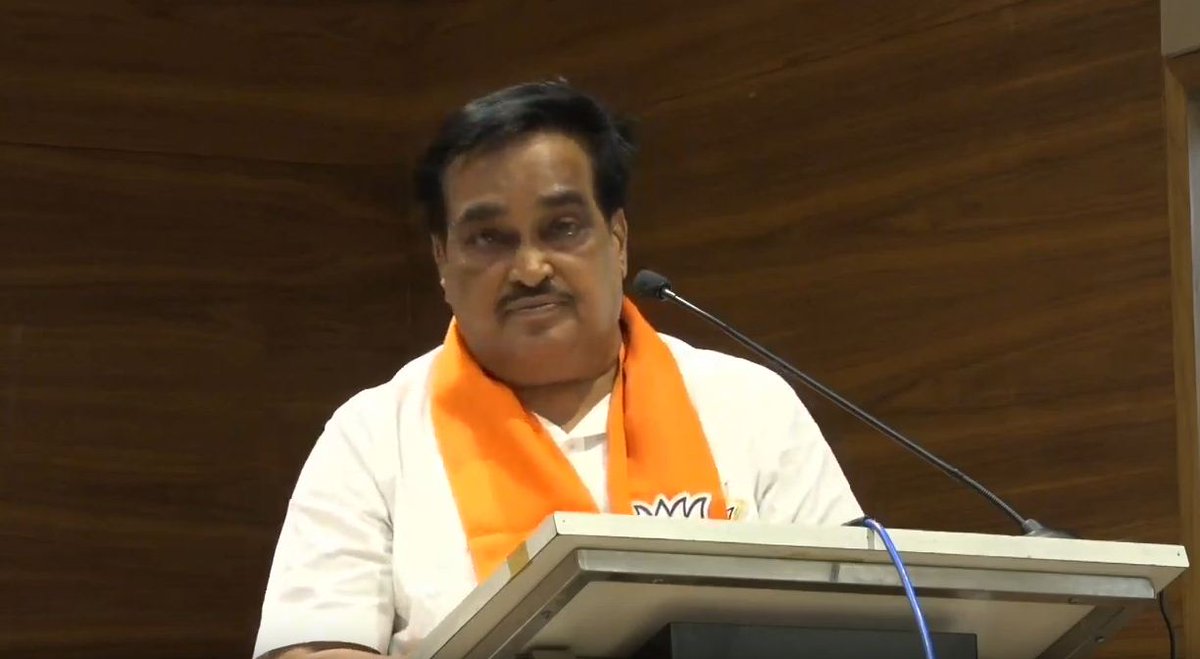 Gandhinagar: New President of Gujarat unit of ruling Bharatiya Janata Party (BJP) and Navsari Lok Sabha MP CR Patil today after assuming charge of the post at State party headquarters ‘Kamalam’ said party’s good will be his only criteria while making a decision. He said he would not refrain to take strong decision when something is going against party’s good. Patil said he wishes to add innovations and use technology, among other things for making Gujarat BJP organisation as a model organisation.

-Handing over responsibility is a process. I have been here in this auditorium but I would sit in the audience somewhere in a corner. Today I have been given place on the stage for the first time and the place is that of party president.

I did a job in police for 15 years and cultivated habit of discipline, and in one of Sangh (RSS) sessions, I had learnt that one should never think that I am capable and therefore I should be assigned responsibility. One should think that I will be capable to owe responsibility assigned to me.

-There’s no form filing, no queue to become party president in our system. Our party leaders keep watch and make selection to assign responsibilities.

-Covid-19 situation is an opportunity to serve. A crisis can be converted to opportunity through service. None Surat BJP worker was sitting at home during the pandemic and was out to serve. People do expect BJP worker to serve. They believe in capacity of BJP men and therefore they have expectation from BJP men. Congress was not visible during pandemic because people also don’t have expectations from them.

-Conventional farm practice of lifting water in rural farms has bee replaced with technology and it is well-proven that technology has brought in efficiency. Technology can be immensely helpful ……. There was a time that during party meeting, PM Narendra Modi would ask party men whether they have social media accounts of own. Then he would announce a break in parliamentary meeting and ask party men to go and open their social media accounts first before resuming the meeting.

-There’s a book by an English author that has list of 197 points, using which a stable government can be overthrown through non – violent efforts. Look at Rahul Gandhi’s statements. They plant negativity in section of people. If by doing agitation against CAA, the agitators at Shahinbaug in Delhi block a main road, the people instead of complaining against agitators, may complain against the government for not kicking agitators out. A book contains 197 points to overthrow a government, but if we do reverse of that, none can derail the government.

-We may leverage maximum by taking government schemes to the people.

-I seek your support. I might be inexperienced, but be sure, my efforts will be honest, and I will do all efforts with full strength to reach results. I am also a human being. I may have my own likes and dislikes, but my likes and dislikes will not affect party’s good. I am sure I will get cooperation because party’s good will be my criteria. Whenever there’s something going against party’s good, I will not hesitate to take strong decisions.