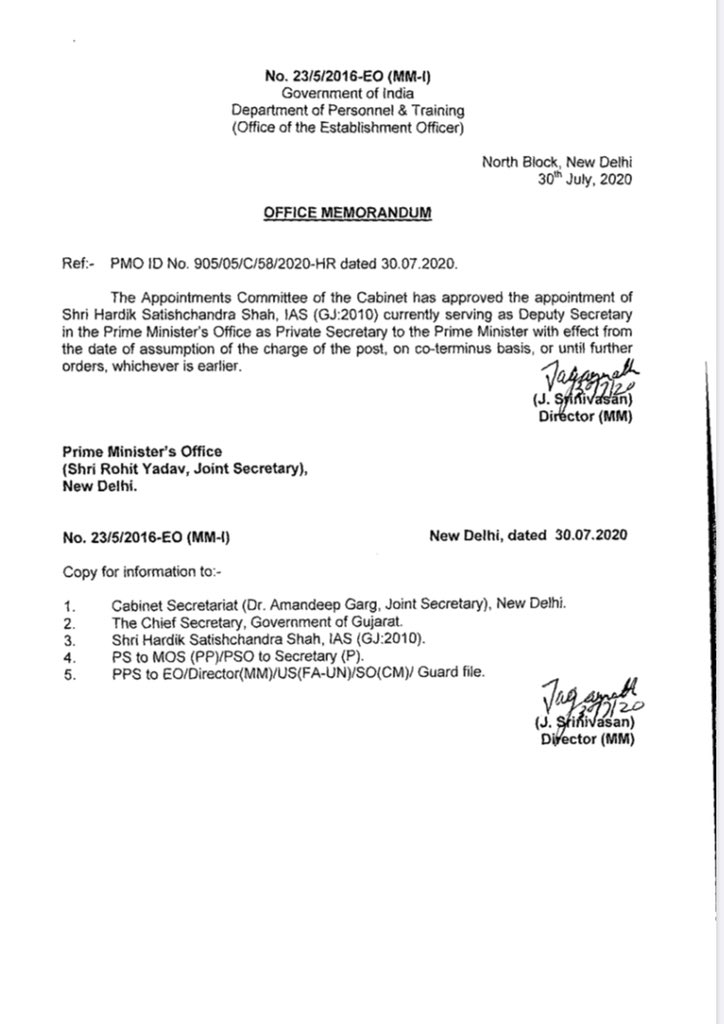 Hardik Satishchandra Shah will take over from Rajeev Topno.

Topno, a 1996 batch IAS officer, was appointed as senior advisor to the World Bank Executive Director in June. He is expected to proceed to Washington for his new assignment after 15 August. Topno, also a Gujarat cadre officer, had spent 11 years in the Prime Minister’s Office, first as a deputy secretary in 2009 when Manmohan Singh had just started his second term. PM Modi continued with him, appointing him to his personal staff.

Shah(46) had also worked as Private Secretary to late Anil Madhav Dave and Prakash Javadekar, Union Minister of Environment, Forest and Climate Change, in the Ministry department. Prior to this appointment, the Gujarat cadre officer was the Additional Collector, Himatnagar (Sabarkantha) district. He has also served as the Member Secretary, Gujarat Pollution Control Board, Government of Gujarat and Secretary, Gujarat State Expert Appraisal Committee constituted by the Government of Gujarat for implementation of EIA Notification, 2006 in State.

Shah was appointed as a Senior Technical Officer and Under Secretary, Department of Forests and Environment, Government of Gujarat after completing his graduation. 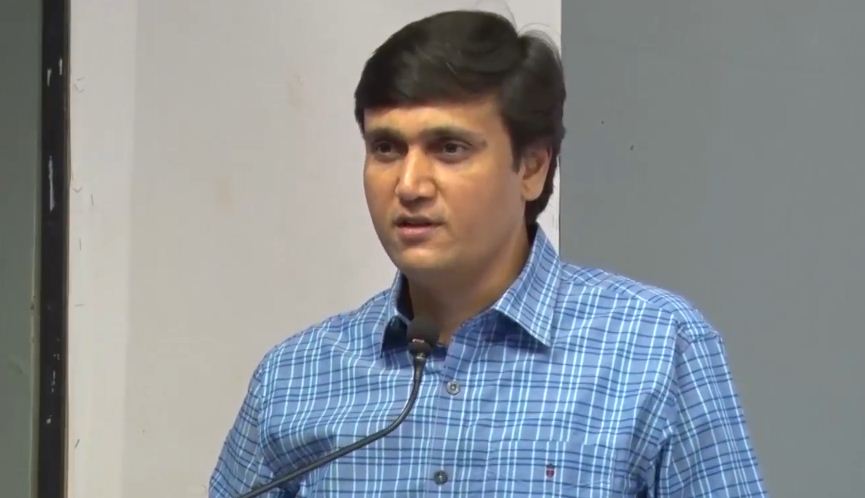 Shah has pursued Master in Environmental Engineering from Gujarat University. He has also received fellowship from the Kennedy School of Government, Harvard University in ‘Developing Design for Applicability of US Water Quality Trading Program in Indian Scenario’.

He did his Bachelor’s in Law from Gujarat University. Shah has also received post graduate certificate in Environment Impact Assessment from University of Manchester.

A Giorgio Ruffolo research fellow in the sustainability science programme of Harvard Kennedy School of Harvard University and once a doctoral candidate in the chemical engineering department at Nirma University, Shah was awarded by the Ahmedabad Management Association (AMA) Outstanding Manager of the Year Award 2013. His two pet projects “Environment Clinics for Industry” and the other was “Help Desk” also got wide recognition.

Shah is also a recipient of various awards including “Special Recognition Award” as a Member Secretary, GPCB for ‘e-Governance under ‘Environment Category’ by CSI Nihilent e-Governance Awards 2009-2010.