Gandhinagar: As on 2nd August 8.00 am, Gujarat has completed 42.90 per cent rain of average monsoon season.

Region, district and taluka wise data of rainfall this monsoon is in the following data sheet.

Is this much of rain enough at this juncture? 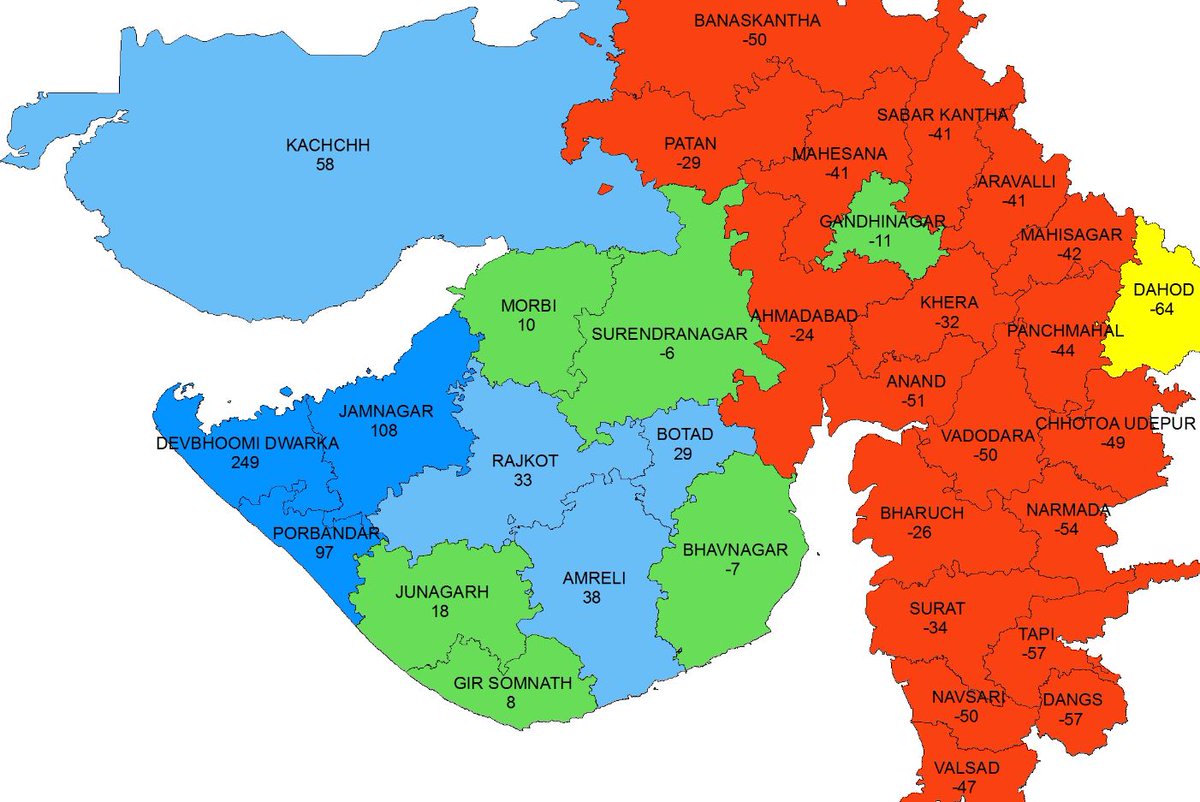 The water storage situation in the State is better compared to last year on same day. Gujarat has 51.36 per cent water storage across reservoirs at present.

Sowing is completed in over 82 percent of cultivable land in the State as per the latest data available on July 27.