Images of Bhagwan Ram, Ayodhya Mandir to be beamed at billboards on Times Square

New York: Images of Bhagwan Ram and 3D portraits of proposed grand Ram Mandir in Ayodhya will be beamed across the giant billboards in the iconic Times Square here on August 5 from 8 am till 10 pm to celebrate the temple’s groundbreaking ceremony. According to the President of the American India Public Affairs Committee Jagdish Sewhani, among the prominent billboards being leased for beaming are the giant Nasdaq screen and the 17,000-square-foot wrap-around LED display screen, considered among the largest continuous exterior displays in the world and the highest-resolution exterior LED screen in Times Square. The laying of the foundation stone by Modi will be displayed across several billboards, which are among the most striking and popular features of Times Square, one of the most popular tourist destinations in the world. Members of the Indian community will also gather at Times Square and distribute sweets. 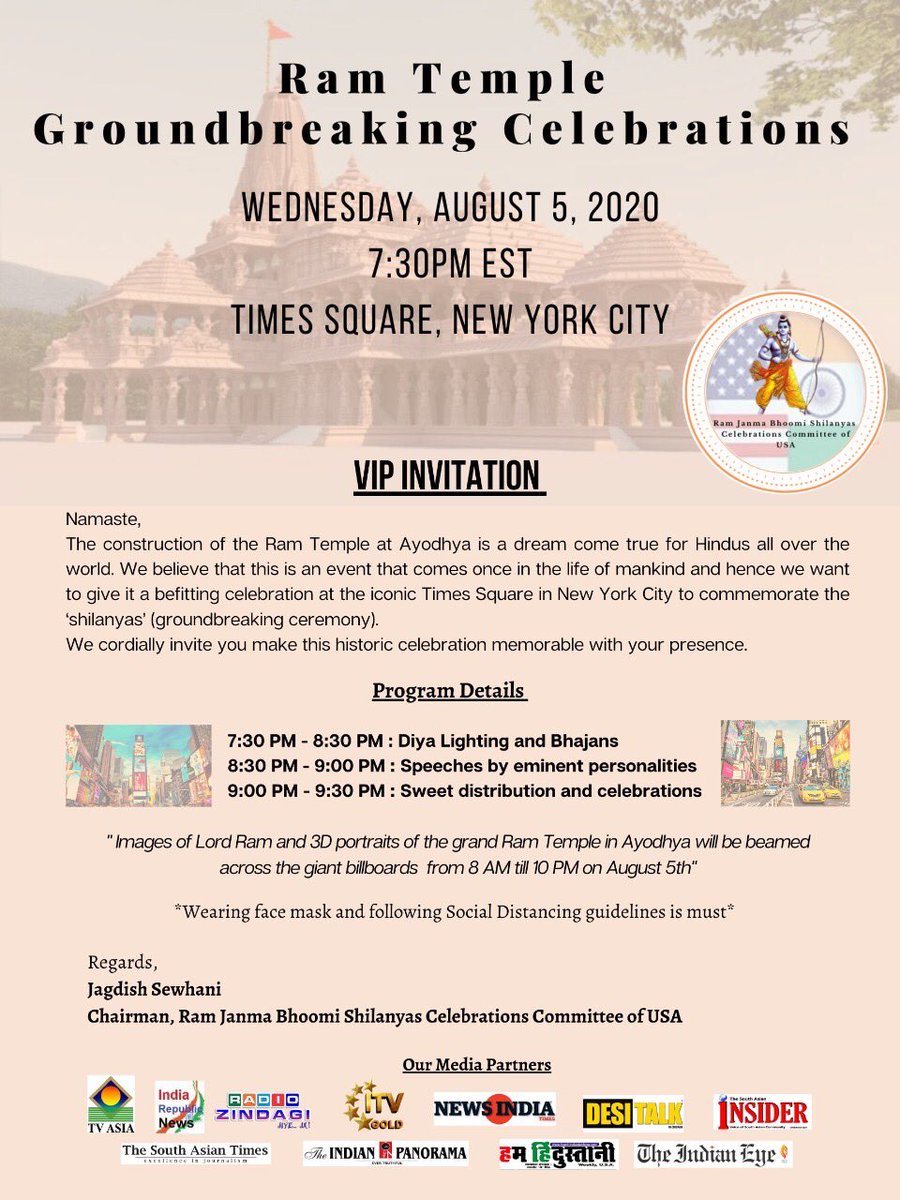