Speaking on the occasion he said that the process of Structural Reforms in the country has reached new heights today. The Prime Minister said the platform of  “Transparent Taxation – Honouring the Honest, has been launched to meet the requirements of the 21st century taxation system. He elaborated that the platform has major reforms like Faceless Assessment, Faceless Appeal and Taxpayers Charter.

He said that Faceless Assessment and Taxpayers Charter have come into force from today while the facility of faceless appeal will be available for citizens across the country from 25th September i.e. Deen Dayal Upadhyay’s birth anniversary. The new platform apart from being faceless is also aimed at boosting the confidence of the taxpayer and making him/her fearless.

The PM said that the focus of the Government in the last six years has been “Banking the Unbanked, Securing the Unsecured and Funding the Unfunded” and that the platform of “Honouring the Honest” is in the similar direction.

The Prime Minister praised the role of honest taxpayers in nation building and said that making the lives of such taxpayers easy is the responsibility of the government. “When the life of an honest taxpayer of the country becomes easy, he  moves forward and develops, then the country also develops and leaps forward,” PM added.

The Prime Minister said the new facilities launched today are a part of the Government’s resolve to provide maximum governance with minimum government. He said that every rule, law and policy are made with an emphasis of them being people centric, public friendly rather than power centric. He said that the use of the new governance model is yielding good results.

The Prime Minister said that an atmosphere is being created where primacy is being given to duty to execute all works. This is the result not because of force and fear of punishment but because of an understanding of the holistic approach that is being adopted. He said the reforms being launched by the Government are not in piecemeal but those aimed at delivering results with holistic perspective.

The Prime Minister said that the complexity of the earlier system made it difficult to conform.

He said that simplified laws and procedures make it easy to comply. One such example is the GST, he said, which replaced dozens of taxes.

The Prime Minister said that the latest laws reduced the legal burden in the tax system where now the limit of filing cases in the High Court has been fixed at up to 1 crore rupees and up to 2 crores for filing in the Supreme Court. Initiatives like the ‘Vivaad Se Vishwas’ Scheme pave the way for most of the cases to be settled out of court.

Prime Minister said that the tax slabs have also been rationalised as a part of the ongoing reforms where there is zero tax upto an income of 5 lakh rupees, while the tax rate has reduced in the remaining slabs too. He said India is one of the countries with lowest Corporate Tax in the World.

The PM said the ongoing reforms aim at making the  tax system Seamless, Painless, Faceless. He said the Seamless system works to resolve the problems of a taxpayer instead of entangling him further. By being Painless he said, everything from technology to rules should be simple. Referring to the Faceless system he said there is no need for a direct contact between the Taxpayer and the Income Tax Officer in all matters of scrutiny, notice, survey or assessment.

Referring to the launch of Taxpayers Charter, the Prime Minister said that it is a significant step where the taxpayer is now assured of fair, courteous and rational behavior. He said the charter takes care of maintaining the dignity and sensitivity of the taxpayer and that is based on a trust factor and that the assessee cannot be merely doubted without a basis.

Referring to the reduction of the scrutiny of the cases by at least four times in the last six years from 0.94% in 2012-13 to 0.26% in 2018-19, Prime Minister said this itself is a reflection of the trust that the Government is laying on the returnees. He said in the last 6 years, India has seen a new model of governance evolving in tax administration. Amidst all these efforts, he said the number of people filing income tax returns has increased by about 2.5 crores in the last 6-7 years.

The Prime Minister however said that it can also not be denied that only 1.5 Crore people pay the taxes in a country of 130 crores. Shri Modi urged people to introspect themselves and come forward to pay the taxes due.

The Prime Minister said this would help in the making of a Self – Reliant India, AtmaNirbharBharat. 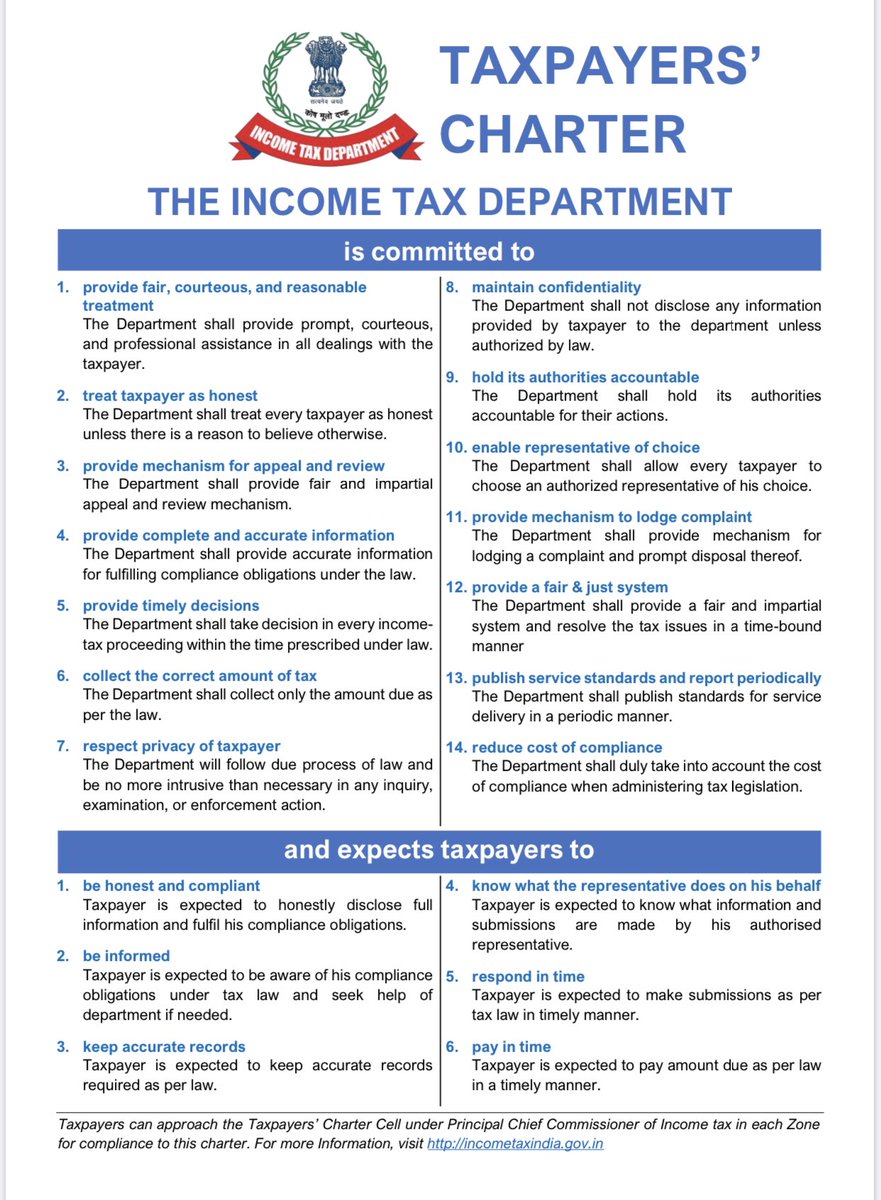