Procedure of locating and bringing back Jayesh Patel is going on under State level monitoring: DGP Ashish Bhatia in Rajkot 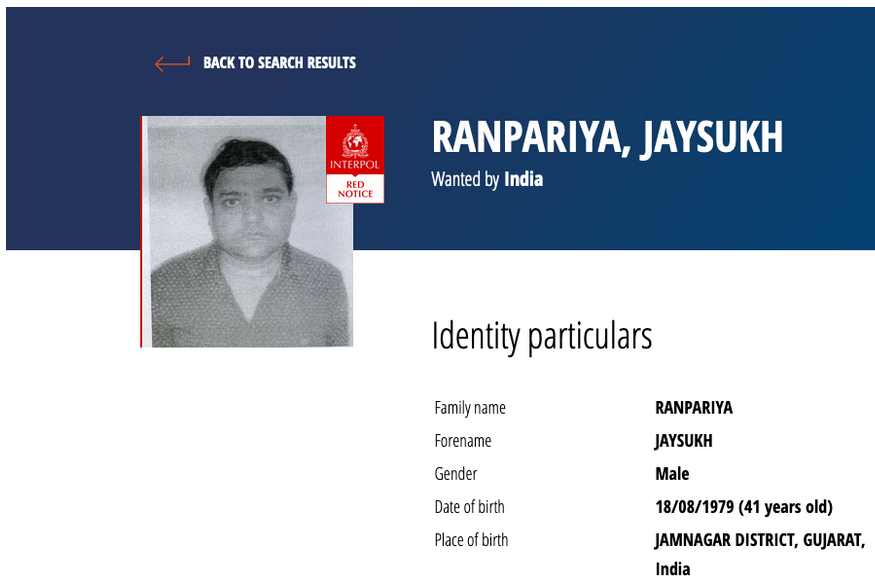 Rajkot: Gujarat Police chief DGP Ashish Bhatia on his visit to Rajkot in Saurashtra said, wanted mafia Jayesh Ranpariya will be located and brought back for action against him. He said, the case is being monitored at the State level.

While speaking to media persons, Bhatia said, ‘Jayesh Ranpariya case is being investigated by CID crime and we are working to ensure that it takes place speedily.’

He added that Ranpariya will be located wherever he is, and will be brought back for action against him.

DGP continued and siad, ‘secondly, Deepan Bhadran has been appointed in Jamnagar and he has also been given additional team such as Police Inspectors and Police Sub Inspector. Bhadran has been in Anti Terrorist Squad (ATS) and has also worked as Deputy Commissioner of Police (DCP) Crime. He has been specially selected and appointed for this task (of nabbing Jayesh Patel alias Jaysukh Ranpariya) for more effective actions.’

DGP said, the issue is being monitored as government level for effective work and proper action.

He mentioned that Jayesh Patel gang member Razak Supari has been held and his questioning is on. Actions will be taken based on whatever he reveals.

When asked about allegations against Police officers (in Jayesh Ranpariya case for their alleged involvement), DGP Bhatia said, ‘we will check (the allegations regarding) Police tantra’.

It’s worth mentioning that notorious mafia Jayesh Patel alias Jaysukh Ranpariya is involved in over 40 cases of serious crimes including brutal murder of advocate Kirit Joshi.