Gurugram: SpiceJet, India’s largest regional player in airline sector today announced the launch of its seaplane service between Ahmedabad (Sabarmati riverfront) and the Statue of Unity in Kevadia, Gujarat. The flights will be operated by SpiceJet’s fully-owned subsidiary, Spice Shuttle.

To begin with, SpiceJet will operate two daily flights on the Ahmedabad-Kevadia route effective 31st October. The all-inclusive one-way fares will begin from as low as Rs. 1500/- under the UDAN scheme and tickets will be available on www.spiceshuttle.com from 30th October, 2020 onwards. SpiceJet will be using a 15-seater Twin Otter 300 aircraft for these flights.

The launch flight is scheduled to operate on Saturday, 31st October in honour of the birth anniversary of Shri. Sardar Vallabhbhai Patel. The aircraft will depart from the Sabarmati Riverfront, Ahmedabad at 10:15 am and will reach the Statue of Unity, Kevadia at 10:45 am.

Ajay Singh, Chairman & Managing Director, SpiceJet, said, “The launch of our first seaplane service will be remembered as one of the most notable events in the history of Indian aviation. We at SpiceJet feel proud to have played a role in fulfilling our Prime Minister’s vision of connecting the remotest parts of the country by air. Our seaplane service between the Sabarmati Riverfront in Ahmedabad and Statue of Unity in Kevadia will cut down travel time to just about half an hour and will be a unique, exhilarating flying experience that would immensely boost travel and tourism. Infrastructural challenges have been a key deterrent for providing air connectivity to smaller towns and cities. With the ability to land on a small water body, seaplanes are the perfect flying machines that can effectively connect the remotest parts of India into the mainstream aviation network without the high cost of building airports and runways.”

“UDAN is one of the most remarkable schemes launched by the government that has provided unprecedented connectivity. SpiceJet has been the strongest supporter and the most enthusiastic participant in UDAN from the very beginning and was the only big private airline to participate in UDAN I. After building a network of flights across the length breadth of the nation under UDAN, SpiceJet’s new seaplane service is all set to introduce a whole new chapter for the country’s regional connectivity.”

SpiceJet on Twin Otter 300: The safest & most popular seaplane 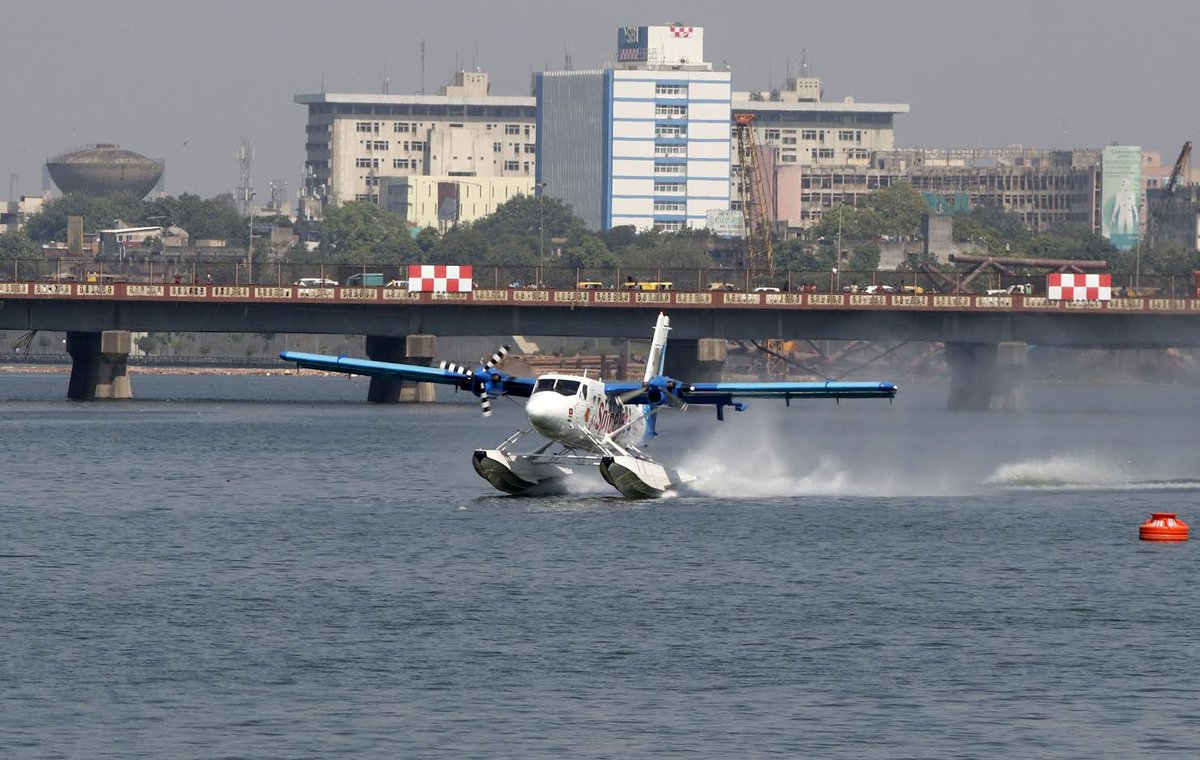 Air travel is the safest mode of transportation and SpiceJet has ensured the same level of commitment, safety and maintenance for the Twin Otter 300 aircraft which is even safer to fly and is one of the most popular and widely-used aircraft the world over. The Twin Otter 300 is one of the most versatile and safe aircraft and is well-known for its reliability, rugged construction, incredible short take-off and landing capabilities, payload capacity and excellent external visibility.

The aircraft has undergone regular maintenance, overhauling and seat refurbishment and has a valid Airworthiness Review Certificate (ARC). All the required SoPs to operate these flights are in-line with operational guidance of seaplane operations.

The Twin Otter 300 is fitted with remarkably efficient Twin Turboprop Pratt & Whitney PT6A-27 engines, known for their reliability. The aircraft has an incredible accident-free history and is one of the most sought after aircraft for an ultimate flying experience not only in Maldives, but across the world. 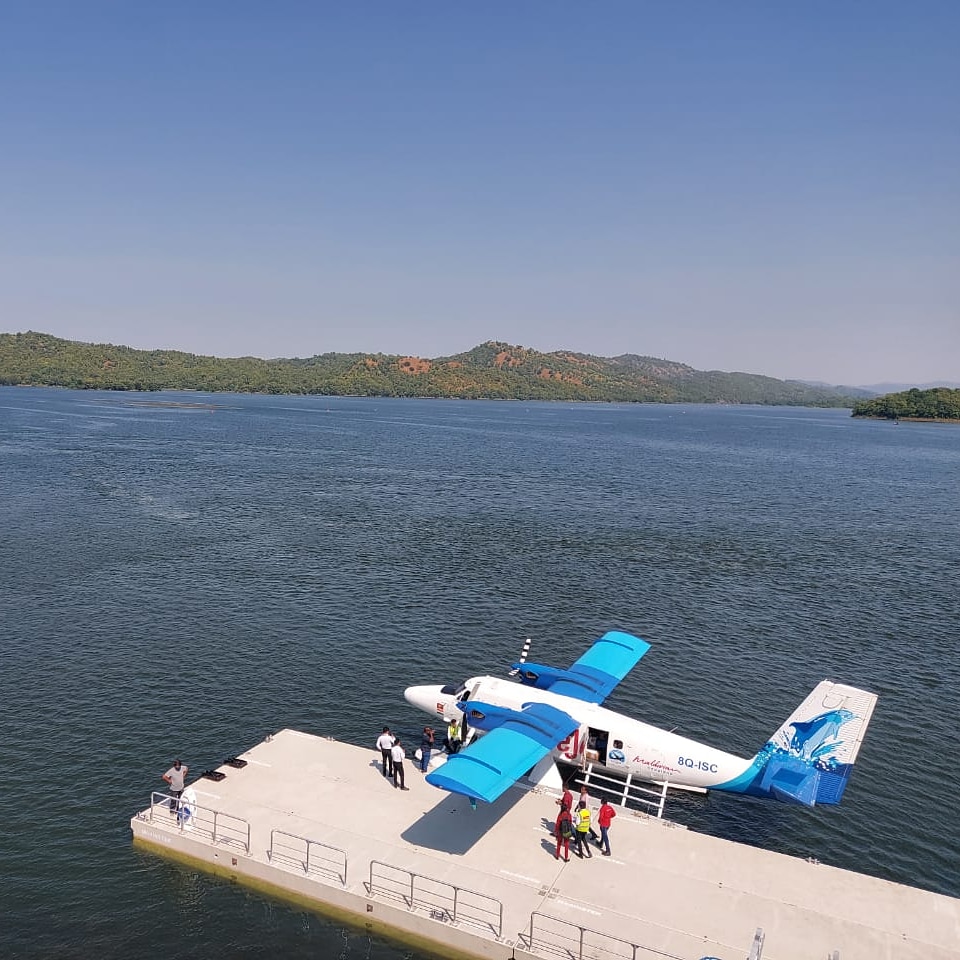 SpiceJet has conducted thorough seaplane trials in India since 2017 and is the only Indian airline to explore air connectivity through water bodies such as rivers or inland waterways. While under the first phase, trials of the land plane were conducted in Nagpur and Guwahati, the second phase involved the amphibious aircraft for which trials were held at Mumbai’s Girgaum Chowpatty.

Despite being home to one of the world’s fastest growing aviation market, development and maintenance of airstrips accompanied by basic airport infrastructure facilities — have continued to be a big deterrent for providing air connectivity to remote areas. Seaplanes are the perfect flying machines that can help penetrate into untapped markets and geographies/regions that have challenges owing to its topography.

Seaplanes have the ability to land and take-off from water thus offering access to areas that do not have landing strips or runways. Reliable, tough and resilient these smaller fixed wing aircraft can land on water bodies, gravel and grass and are thus the perfect flying machines to bring the remotest parts of India into the mainstream aviation network without the high cost of building airports and runways. Seaplanes can land in water bodies like lakes, backwaters and dams thus offering easy access to numerous tourist spots as well.

SpiceJet has secured 18 seaplane routes under the UDAN which includes – Ahmedabad-Kevadia (Sabarmati River Front to Statue of Unity, Sardar Sarovar), Agatti-Minicoy, Agatti-Kavaratti among others. The new launch marks yet another successful beginning of the last mile connectivity by SpiceJet through sea plane service under the UDAN scheme.

Regions in the North East, Uttarakhand, Uttar Pradesh, Andhra Pradesh, Rajasthan, Maharashtra, Andaman, Lakshadweep and other coastal areas are a few destinations that are being evaluated for amphibious plane operations.

With this newly launched service SpiceJet continues to stand tall as the country’s largest regional player and among the pacesetters for UDAN. This initiative reaffirms SpiceJet’s commitment to the regional connectivity scheme.

SpiceJet is India’s favourite airline that has made flying affordable for more Indians than ever before. The airline has a fleet of 74 Boeing 737, 26 Bombardier Q-400s, 11 B737 & Bombardier Q-400 freighters and is the country’s largest regional player operating 49 daily flights under UDAN or the Regional Connectivity Scheme. The majority of the airline’s fleet offers SpiceMax, the most spacious economy class seating in India.