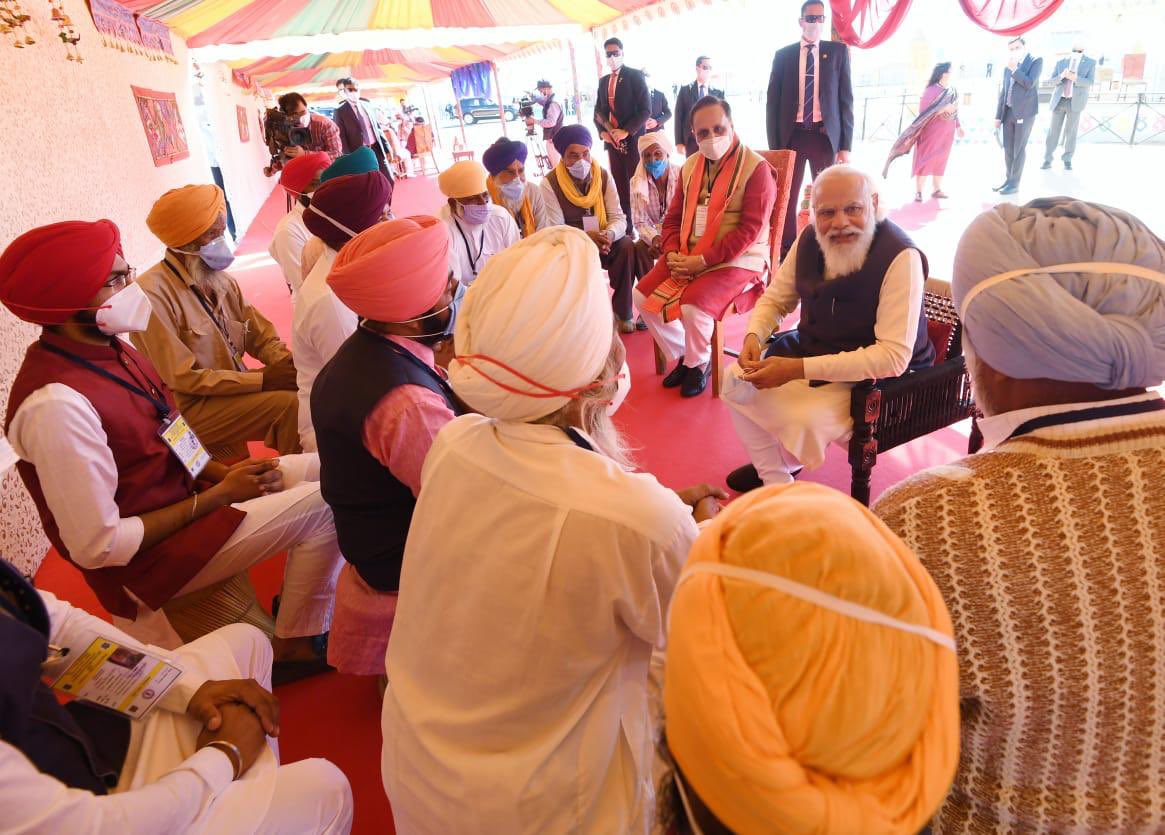 Dhordo Tent City: Prime Minister Narendra Modi just after his arrival at Dhordo tent city in Kutch held informal meetings with various group from Kutch including Sikh farmers who are settled in Kutch since 1960s. The Prime Minister also held meeting with Kutchi women active in handicraft business. In his speech later, the Prime Minister in a reference to these meetings said, one of locals, an old friend told him that now children have started speaking English in local village (thanks to tourism development in the district). Chief Minister Rupani had joined PM Modi in these informal chats. 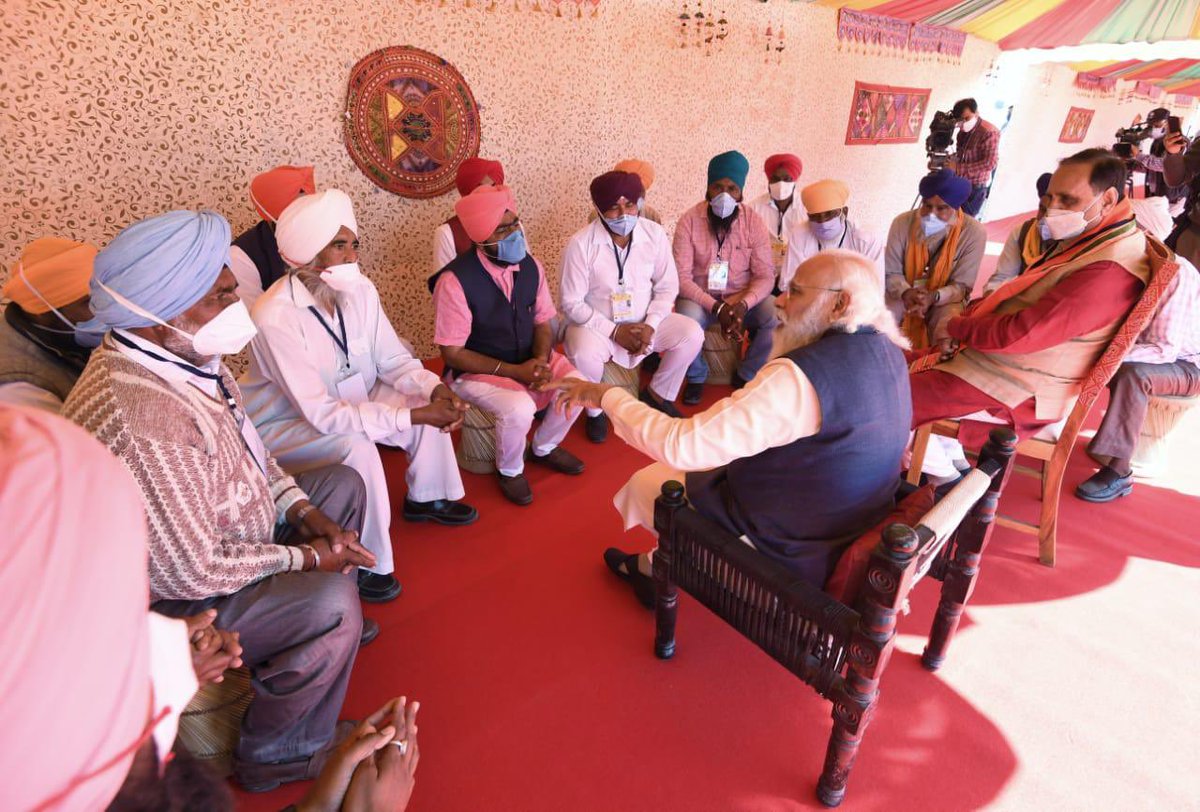