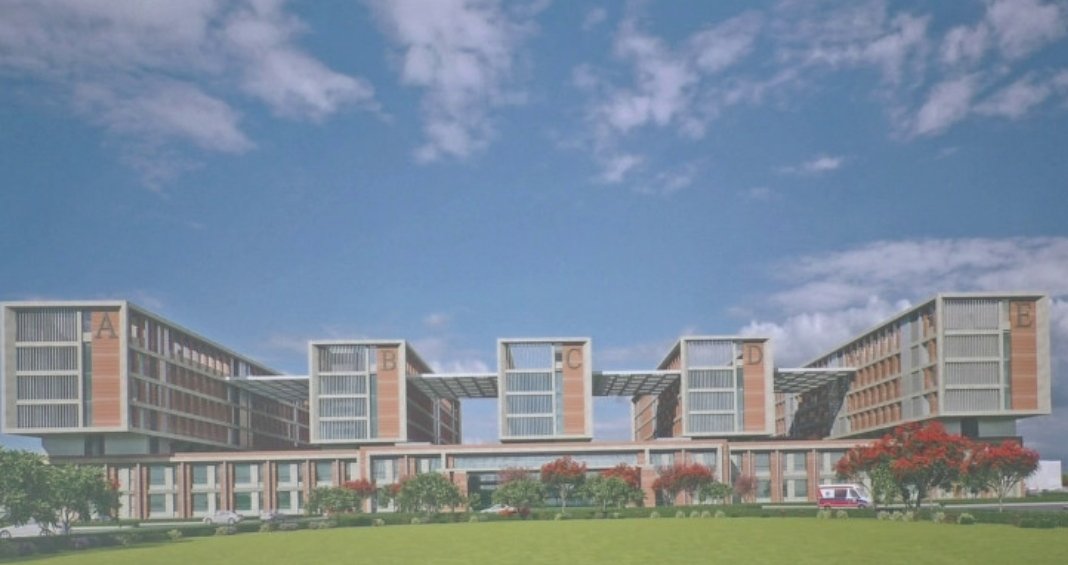 Welcoming the first batch of MBBS students at AIIMS as Rajkot’s elected representative and Gujarat’s Chief Minister through videoconferencing from here, Rupani exhorted them to make it an India’s Century with their exposure to best medical education in the wake of 21st Century being the Century of Knowledge and Science.

He told the freshers that Gujarat has made significant contribution in Innovation and research besides medical tourism in its attempt to make Aatmanirbhar Bharat.

Speaking on the occasion, Rupani said that previous governments did not sanction AIIMS to Gujarat but Mr. Narendra Modi as the Prime Minister made it a special point to gift one to Rajkot. This will facilitate the poor and the last man in the last mile access to super-speciality medical facilities.

He said that the people were not accorded in the past the attention they deserved, but now the Narendra Modi Government started setting up medical colleges in districts. The number of seats in medical colleges in the state increased to 6,000 now from 900 two decades back. The number of universities increased to 70 from 10 over the same period. This resulted in drop in deficits of doctors in the state and in the state’s students going to other states for medical education.

The Chief Minister also spoke on Prime Minister’s farsightedness in augmenting infrastructure, increasing the number of IITs from 9 to 16, IIMs from 13 to 20 and AIIMS from 6 to 15. This established his efforts to raise India’s higher education to international standards. He said the Prime Minister will perform the ground breaking ceremony of the AIIMS at Rajkot soon.

Union Health and Family Welfare Minister Dr. Harsh Vardhan stated that to build the premium institutes like AIIMS, under the leadership of Prime Minister Narendrabhai Modi, in various places across India in short span of time, have been aimed at to avail medical facilities to the citizens at a cheaper cost and to create ‘Wellness’ in the country.

Vardhan further stated that the new AIIMS, with multi-speciality and super speciality hospital, at Rajkot would be built at a cost of Rs. 1200-Crore with having a capacity of 750 beds soon.

The new six AIIMS have capacity of 600 MBBS seats. 300 more MBBS seats would be added into these six AIIMS. In total 42,495 MBBS seats are available in government institutions across India. Once AIIMS at Rajkot is completed, it would commence with 125 seats, including students of EWS. Beside these, 60 seats for nursing would also be allocated, he added.

The Union Minister said that as per the target set by the World Health Organization (WHO), the Union Health Ministry is committed to appoint one doctor per 1000 citizens by the year 2021. The Central Government is working towards escalating the number of MBBS seats.

Speaking on the occasion, Deputy Chief Minister Nitinbhai Patel said Rajkot AIIMS has fulfilled the long pending demand for allocation of AIIMS to Gujarat. This demand has been finally fulfilled by Prime Minister Mr. Narendrabhai Modi, which has accomplished his envisaged dream. The first forthcoming educational session of the AIIMS – Rajkot has commenced with 50 seats.

Patel said the Rajkot – AIIMS would shunned the outflow of Gujarat’s bright students for medical study to other states of India and abroad.

Recalling the former Prime Minister Late Atal Bihari Vajpayee on the occasion, Union Minister of State for Health and Family Welfare Mr. Ashwini Kumar Choubey said that opening-up the AIIMS at Rajkot in the coming days would fulfil the dream of Mr. Vajpayee that every Indian state should have an AIIMS like one Delhi has.

On the occasion, all dignitaries congratulated the new MBBS students.